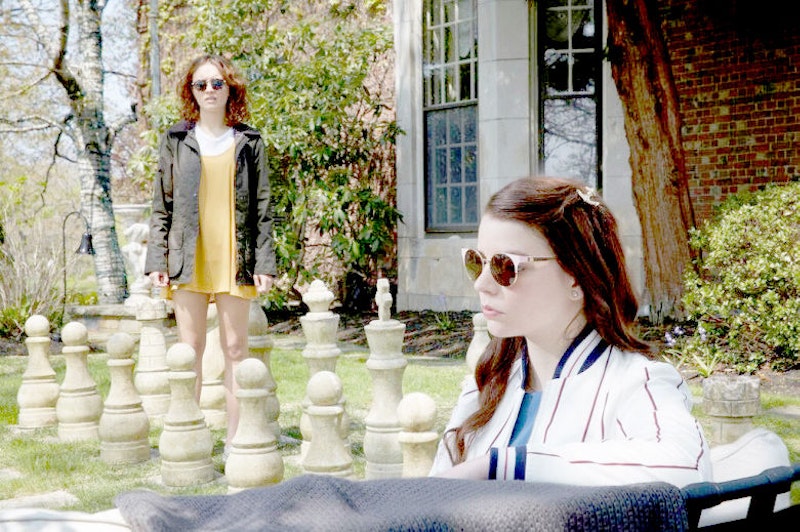 Anyone see that Heathers television series reboot? It looks completely insane; I just about lost my mind seeing that trailer a couple of months ago. Repositioning the bullies as the queer and non-white kids? What maniac cokehead executive green lit this? I want to see it because I love train wrecks and rubbernecking, but I don’t know what the “Paramount Channel” is so I’ll uh… find some other way to watch it.

Its release was delayed by the Parkland shooting in Florida, and I’m not sure if it’s ever going to air in full, considering the press it’s gotten so far: “The New ‘Heathers’ Is a Trumpian, LGBT-Bashing Nightmare” says The Daily Beast, in an article filed under “OH HELL NO.” Heathers for racist Republicans? Sounds awful but I’ll; absolutely watch it once I figure out how, because life is long and full of time.

All the press and promo for Thoroughbreds, Cory Finley’s directorial debut based on his own play, compares the film to Heathers, which is a blot on the 1988 classic if only because Thoroughbreds is so half-baked and as my colleague Stephen Silver wrote last week: “What’s disappointing is that Thoroughbreds sets itself up to say something, but then doesn’t actually say anything.”

Though it didn’t infuriate me like Yorgos Lanthimos’ recent film The Killing of a Sacred Deer, there are plenty of superficial similarities in approach and effect: the stars, two high school girls named Lily (Anya Taylor-Joy) and Amanda (Olivia Cooke), are affectless and speak with the flat, bored cadence of Lanthimos’ characters whether they’re discussing test scores, equine “euthanasia,” or plotting the murder of Amanda’s lecherous stepfather.

Anton Yelchin appears in his final film role (the movie was completed only days before his horrifying death in June 2016, an image that would’ve fit right into this movie), though he’s barely in it, but I’ll echo Silver again in what a bummer it is to watch Yelchin be so good in such a lousy movie and imagine what he could’ve done with the decades he deserved.

Extreme teenage nihilism is nothing new but it’s an evergreen premise, as evidenced by the interest in a Heathers reboot and that film’s enduring popularity. But unlike The Killing of a Sacred Deer, which I despised but still concede had something to say, however cruel and obscure it was, Thoroughbreds feels half-written, a short film stretched out to 90 minutes without any justification.

Amanda murders her stepfather and frames Lily, who is subsequently institutionalized. Why? It’s all so banal: their disaffection, the stepfather’s odiousness, the creeps at the party preying on teenage girls. But we spend so much time in Amanda’s massive suburban house as she and Lily plot out the murder. For what? And what does the mutilated horse have to do with anything? I’d rather watch the new Heathers show—a car crash is always more interesting than gridlock.