On A Fortunate Man, a new Netflix movie based on a novel by Henrik Pontopiddan. 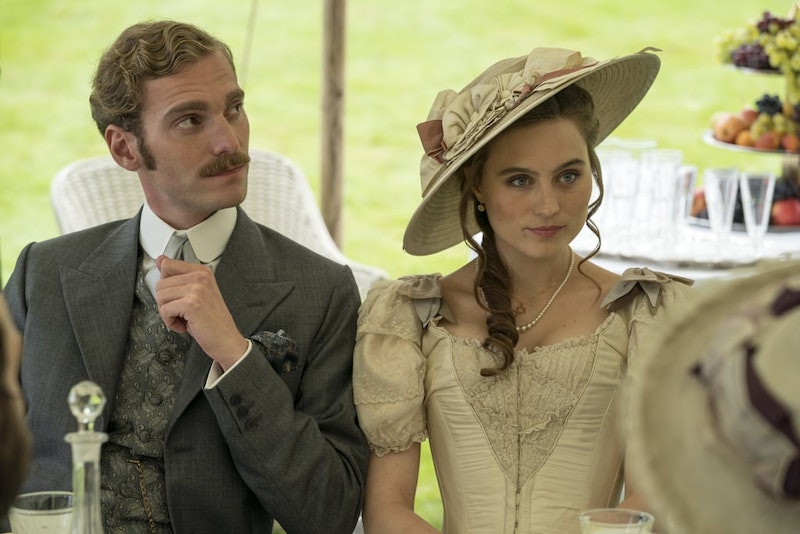 Is everything that happens in our lives simply a matter of luck or fate? Does ambition have any impact if we aren’t present at the right time, and in the right place? This is one of the few questions that’s explored in a new Danish Netflix film, A Fortunate Man (Danish: Lykke-Per). The film is based on a novel, Lucky Per (a series of eight volumes published between 1898 and 1904) by the Danish author Henrik Pontopiddan. The film’s directed by Bille August, who beautifully contrasts the austerity of uniquely Scandinavian puritan Christianity with the intellectual bustling of the city.

The story revolves around a young man, Peter Sidenius, who leaves the suffocating countryside for the city in order to pursue his dream of becoming an engineer and designing a renewable energy system, which will use wind and wave power to generate electricity, as well as a series of canals. In turn, this will make Denmark an industrial nation, or as Peter says, a “Danish Venice.” These are big dreams. His ambition and the desire to escape an overbearing (and from the film’s implication, abusive) father land him in Copenhagen at an engineering school.

Peter’s ambition oscillates between a true desire to do good and absolute stubbornness and arrogance. Despite the fact that he’s a rational young man, who can’t think of anything else but engineering, Peter makes a series of emotional decisions. Realizing that nobody in the city will actually listen to his project proposal to create hydroelectric power, he befriends a powerful Jewish family, the Solomons. His initial friendship begins with Ivan Solomon, a son of the head of the family, Philip. Peter knows that he needs not only powerful connections to the city ministry but also financial help in order to realize the project.

Throughout the film, Peter uses people until they no longer serve his purpose. At the very beginning, he befriends a waitress with whom he starts a sexual affair that evolves into a domestic situation. This suits him fine, especially since she provides him with food, shelter, and money. But once he has established a solid relationship with the Solomons, she’s quickly discarded. Peter’s trying to move up the ladder of society, and associating with a waitress is beneath him.

The friendship with the Solomons turns out more beneficial than he’d expected because he ends up becoming engaged to Jakobe, daughter of Philip. However, Peter’s fleeting emotions, driven by the engineering project, take him further away from realizing authentic love and he breaks their engagement. His pride ultimately gets in the way of the project as well. Peter leaves the city, retreats to the countryside, starts a new family, and yet even that ostensibly positive outcome doesn’t bring peace to his restless heart and mind.

This film isn’t what might be expected from a story about a man who wishes to realize his dreams. Accustomed to an American treatment of failure and success stories, I’d expected a different outcome, one that involves trials and tribulations and that ends in success. But this is not the case with A Fortunate Man. The film is tinged with Kierkegaardian existentialism and despair. It’s Peter’s constant restlessness, which goes beyond the exterior circumstances, that drives the story. He’s a dissatisfied man, who doesn’t really know why.

Much of the restlessness is rooted in his initial rejection of strict Christian faith. His father, a minister famous and respected for his puritan sermons, has a constant hold on him throughout the attempts at success. Peter can’t break out of his suffocating hold despite the fact that he is far away from him.

This is contrasted with Peter’s experience of Judaism. The Solomons are powerful, worldly, and intellectual. Their parties are like salons, where new ideas were pondered and discussed. Peter feels accepted but the remains of his Christian upbringing call to him. This rejection of Judaism could be read as Peter’s affirmation of the primacy of Christianity, perhaps even that Jewish faith does not belong in the proper and austere Danish society. But this would be a reduction of the film’s (and novel’s) meaning.

As much as there is a clear and visible contrast between Jews and Christians, this is a film about the interiority of Peter Sidenius. It’s about his struggle with his conflicts that leads him to both welcome the Jewish worldview and the ultimate flight from the city’s progressive views. The lack of scientific progress directly correlates with his retreat into the countryside and subsequent hermit-like existence.

The vastness and barrenness of the Danish land is photographed beautifully, at times reminiscent of Andrew Wyeth’s paintings, especially Christina’s World. The expansiveness of the land is a possibility of Peter’s being and movement toward progress, but also the frightening prospect of the un-realization of his life. This interior and existential experience only becomes a Heideggerian Sein-zum-Tod (being toward death). Peter’s incapable of relationships with others and it’s mainly for this reason that he fails.

But still, we must ask what indeed is a failure? Is it the fact that he didn’t realize his great engineering idea? What is a life fulfilled as opposed to frittered away? Peter does meet up once again with Jakobe and offers a gift, which she accepts. Is it this giving that makes Peter’s life fulfilled? It turns out that he has touched Jakobe’s life in many unexpected ways and she expressed gratitude as opposed to anger.

This film is a meditation of the joys and sorrows of life. After all, the tears we shed throughout our lives are both sweet and bitter, and we have to ask ourselves what the true meaning and fulfillment of life is.