The bleak allegory of The Lobster. 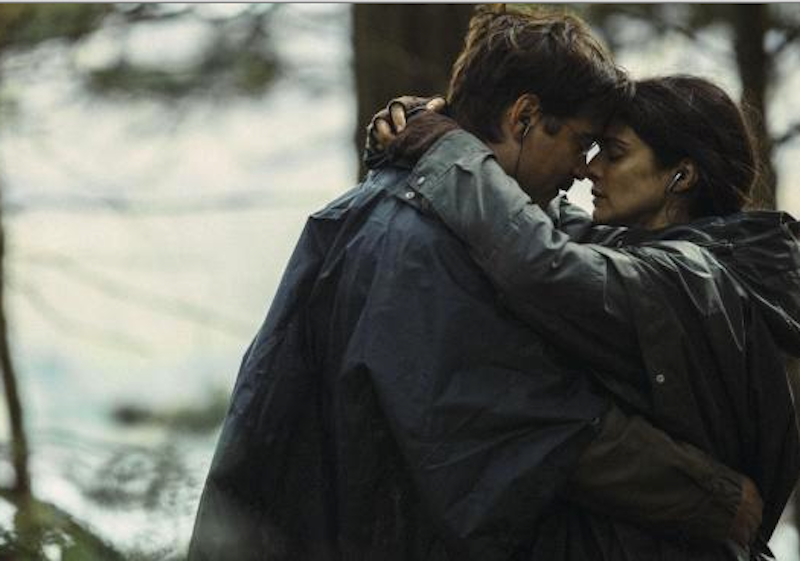 I’ve anxiously awaited the arrival of The Lobster in Baltimore for months. The trailer flipped my wig, and set my expectations pretty high and I was ready to be disappointed by something that wasn’t nearly as dark or weird as it let on in promotion. No way: this film is much heavier and more intense than the advertising lets on. The promos are admittedly weird, clueing us into the movie’s surreal and dystopian atmosphere, but it’s always a safe bet to lean conservative and expect that the absurdity will only be there to add color to an otherwise boring love story. I didn’t know beforehand that director Yorgos Lanthimos was also responsible for Dogtooth, a confounding movie about raising children in isolation and Stockholm Syndrome that threw me for a loop when I saw it six years ago. I didn’t absorb it fully in one sitting, but I haven’t seen it since. The Lobster, Lanthimos’ first film in English, makes me want to go back to Dogtooth and Alps, the one I missed in 2012. His misanthropy and, as A.O. Scott put it, “aggressively literal-minded” dialogue and conceits, are devoid of any hope or sentimentality, and while Dogtooth felt alien and cold, The Lobster invites you in before it stabs you in the neck.

Most criticism of this unforgiving movie has reached for some narrative or commentary about dating in the 21st century, particularly with automatic no-think lizard-brain apps like Tinder. The Lobster is so far removed from the trivialities of a hookup app, and stands out as one of the few serious and challenging films of the year so far that have received a fairly wide release. This isn’t Oscar-bait: no one is redeemed, there’s no mutual admiration society, it’s damning and dark and ends unresolved and suddenly—in other words, The Lobster isn’t eager to get down before you and blow you. Richard Brody, writing for The New Yorker, wasn’t impressed: “Why, then, is ‘The Lobster’ so lavishly praised? Because it’s just different enough, but not too different. Its grimness is taken as a sign of serious intent, even as its sentimental turn offers that all-important measure of hope. It gives the semblance of depth with absolutely no level of difficulty.” But as in Dogtooth, Lanthimos is merciless with depictions of violence and emotional agony in his tar-black dystopia: a gutted dog is shown in close-up, along with a man’s hand forcibly burned in a toaster as punishment for masturbating, as well as a mangled woman screaming hysterically after jumping from a third story window. Not to mention all the beatings and stabbings and tranquilizer darts.

The characters, all unnamed except for Colin Farrell’s David, speak in flat, fast deadpan, devoid of feeling or anything beyond superficial, almost robotic communication. Brody goes on to say that “Critics are desperate to get away from the usual run of dramatic realism and into the realm of imagination, but they’re also snobbishly sick of the people’s fantasies—namely, superhero movies […] The Lobster steers a middle path for critics who are both in despair of the apparent frivolity of spending their time with the ostensibly apolitical escapism of popular entertainments and aware of the intellectual demagogy of conspicuously issue-oriented advocacy of blatantly labelled political movies.”

Brody’s bummed that Lanthimos, a Greek filmmaker, hasn’t made a film that explicitly addresses his country’s economic crisis. The Lobster is a bleak allegory about something much bigger than Euros or OKCupid: love, and lack thereof in a world where marriage is expected but not required anymore. It’s a humanist film without much optimism, and observes our inner behavior for what it is: shallow, and desperate beyond reason.