A Solid Documentary and Another Bad Superhero Movie

On Weiner and X-Men: Apocalypse. 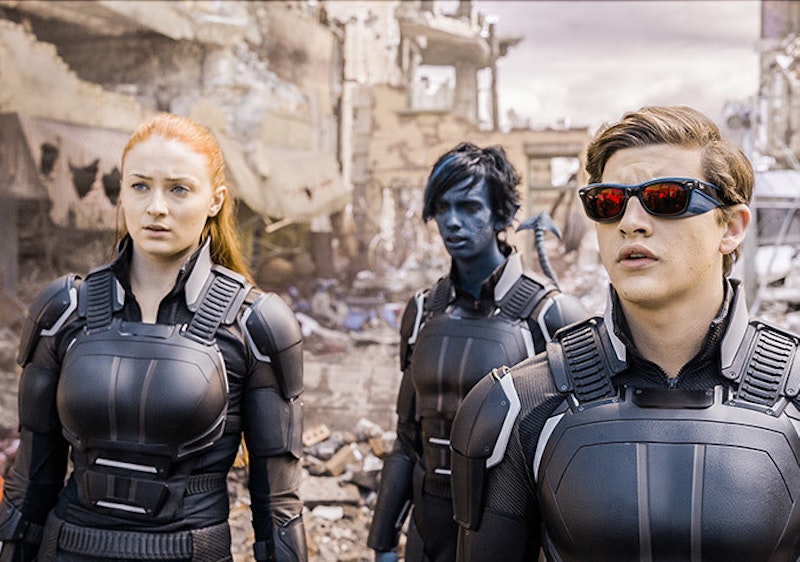 There’s a moment in Weiner, the new documentary about disgraced New York politician Anthony Weiner, which shows the candidate in the back of a car, going over strategy with one of his advisers. It comes shortly after Weiner has been exposed as having sent lewd texts to another woman, after his first scandal and well after the time Weiner had insisted that was behind him. Weiner’s meticulously going over what he can say publicly, so as not to get caught in a lie that contradicts previous public statements.

In that scene, what we’re seeing is a sleazy man doing a sleazy thing, trying to find a way to mitigate his own awful, indefensible behavior. But at least he cares about being caught in a lie, and about being consistent about his public statements. Imagine Donald Trump caring about that.

Weiner, a look at the former Congressman’s disastrously ill-fated run for mayor of New York City in 2013, takes its place as one of the greatest behind-the-scenes political documentaries, up there with 1993’s The War Room (directed by Chris Hegedus and D. A. Pennebaker) and 1996’s A Perfect Candidate, R.J. Cutler and David Von Taylor’s look at Oliver North’s race for the Senate in Virginia. Weiner keeps interest even though just about everybody watching it knows exactly how everything turned out.

Like a lot of the best documentaries, Weiner’s finished product is something far away from what was likely originally envisioned. Directed by Josh Kriegman and Elyse Steinberg, the former of whom was a former staffer of the disgraced Congressman, the film was clearly intended to chronicle Weiner’s triumphant return to politics. While Weiner had resigned from Congress only two years earlier, after one of the more embarrassing tabloid scandals in history—one that consisted of several blatant bald-faced lies to the press—the man was a talented politician, married to Hillary Clinton’s telegenic right-hand woman Huma Abedin, and somehow managed to lead the polls in the race’s early going.

Of course, we know how that turned out. The filmmakers spare us some of the rawer moments—such as, say, when Weiner first told his wife about the additional texts—but we do get some truly uncomfortable sights, such as various instances in which Weiner wants Huma to go before the cameras with him, an exercise of which she clearly wants no part.

(Some viewers will be waiting for the part where Abedin is finally exposed as a secret agent of the Muslim Brotherhood and/or as Hillary Clinton’s longtime lesbian lover, but neither revelation is to be found.)

We also see scenes of Weiner berated by his staff, verbal confrontations with random voters in bakeries, and the staffers’ darkly comic attempts to prevent a confrontation between their candidate and Sydney Leathers, the text recipient who turned her role in the scandal into a career as a media gadfly/Howard Stern guest/porn star.

Throughout, the proceedings take on a New York tabloid vibe, as the combination of the scandal and the candidate’s surname combined to deliver some of the best headlines in the medium’s history. There’s also a lot of cable news and late night comedy footage, although, for some reason, John Oliver’s “Carlos Danger” dance is completely omitted. Other than the Weiner/Abedin stuff, the most uncomfortable scene is when Weiner goes on the MSNBC show of an obnoxiously grandstanding Lawrence O’Donnell, and somehow manages to lose the argument anyway.

Sure, presidential politics, in the last year especially, have become even more absurd then the prospect of the sexting guy trying to get elected mayor of New York and almost succeeding. But Weiner is still a first-rate documentary, with a front-row seat to one of the weirdest political episodes of recent years.

Early on in X-Men: Apocalypse, in a scene set in the early 1980s, some of the characters are discussing the merits of the different Star Wars movies, when one of them pipes up, “I think we can all agree the third one’s always the worst.”

This is a not-so-subtle shot at 2006’s X-Men: The Last Stand, the little-regarded third film in the original X-Men trilogy that, unlike the first two, was not directed by Bryan Singer (Brett Ratner did the “honors.”) Singer is back in the director’s chair for Apocalypse which, ironically, proves that whole “third is the worst” thing true on its own.

Apocalypse is by far the worst of the three films of the rebooted X-Men series, following 2011’s very good X-Men: First Class and 2014’s even better X-Men: Days of Future Past. It has a convoluted and silly plot. It wastes several of the greatest actors working today. While there’s some decent action, the big final blowout is a huge letdown.

It’s better than Batman v Superman: Dawn of Justice—few movies aren’t—but nowhere near the achievement of Captain America: Civil War. The latter film shows how to capably juggle a cast of more than a dozen superheroes; Apocalypse has no idea. Even as a non-comic book reader, I loved every minute of Days of Future Past. The new film is a huge step down.

Following Days of Future Past’s time-traveling tour-de-force, which incorporated both the old cast (Patrick Stewart, Ian McKellen, Hugh Jackman) and the new, Apocalypse is much less ambitious. Set mostly in the early-80s—with a period-appropriate wardrobe aesthetic to which it only occasionally commits—the film depicts a battle between the various mutant heroes and Apocalypse (Oscar Isaac), a prehistoric mutant baddie, long buried in ancient Egypt, who emerges with a nefarious plan that makes little sense.

I honestly felt bad for Isaac. What’s the point of casting an actor of Isaac’s caliber if you’re going to put him in a garish Travolta-In-Battlefield-Earth costume and weirdly modulate his voice? He does, though, get a scene where he steals all of the world’s nuclear weapons and drops them in space, which is staged much better than the time it happened in Superman IV.

Jennifer Lawrence, too, would clearly rather not be there. The actress, who signed up for this series long before becoming an A-lister, plays Mystique once again, and not only is the performance listless, but it’s hypocritical—the character is “reclaiming” her natural blue form, yet she shows up as regular Jennifer Lawrence both in the majority of the movies and marketing materials.

As for Michael Fassbender and James McAvoy, they’re both fine as rival mutant leaders Magneto and Professor X, although neither does anything comparably awesome to their highlights in the last film, Fassbender’s throwing RFK Stadium at Richard Nixon or X’s extended Ron Kovic routine.

Beyond them, the cast of dozens has some highlights. Evan Peters, who pretty much stole the show in Days of Future Past with that “Time in a Bottle” scene, is the MVP once again, with a similar scene that—unlike the other 30 people—actually finds a witty way to present his powers. Sophie Turner, Sansa Stark from Game of Thrones, shows up in her first big movie role as Jean Grey, and she’s clearly got the presence of a movie star. Olivia Munn is also a highlight as a Magneto henchman.

As for everyone else? There are 10-15 people around whose powers, alter-egos and character arcs are just a jumble. I guess the production just couldn’t resist adding more and more characters, an unfortunate tendency shared by Marvel/Disney and DC, but it’s especially tiresome here. Another aspect that’s tiresome? A certain superhero has a brief cameo with no purpose other than setting up the next movie.

Ever since the X-Men franchise bifurcated into the “First Class” series and separate, standalone Wolverine films, the latter have been outstanding and the former haven’t. X-Men: Apocalypse reverses the trend.