Lots of Movie About Little Boys. Why?

I’m not against it, but you know. 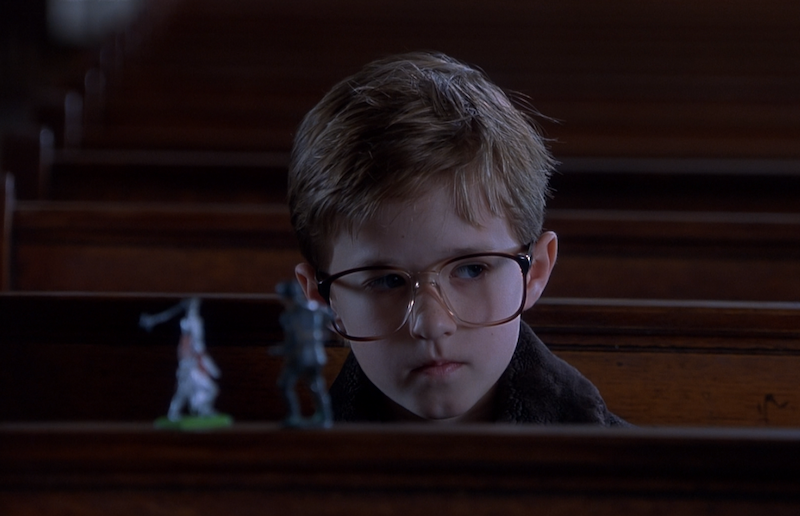 As Bill Wyman would say, where are the girls? The Book of Henry, just released, has a boy genius with a waitress mom and no dad. Twenty-six years ago, Jodie Foster cashed in her chips from Silence of the Lambs to become director and star of Little Man Tate, about a boy genius with “a single mother, a working-class woman of average intelligence.” That’s how Wikipedia puts it. I never saw the film and can only guess at the mom’s job, but waitress seems probable. Bartender? Something where people are involved and they appreciate her indomitable sass and grit.

I don’t know what job Toni Collette had in The Sixth Sense, but it didn’t pay much. Like Foster in Tate or Naomi Watts in Henry, she had to struggle, and she did it for the little guy with the bowl cut and the oversize eyes, who in this case was the haunted Haley Joel Osment. Again, no dad around. Finally, we have Jerry Maguire and As Good As It Gets: little guy (adorable, not gifted) and secretary mom, little guy (not gifted but very mature) and waitress mom.

One movie comes to mind that has a little girl front and center. That’s Little Miss Sunshine, where the little girl certainly isn’t gifted and where the mom has a husband. But he’s dumb, so the mother (Toni Collette again) still has to struggle. The girl (played by Abigail Breslin) is nothing special for looks or brains, but my God, what a personality. Without that gift the movie would make no sense, since her family treks through humiliating mishaps to satisfy the poor thing’s misconceived ambition to be in a beauty pageant. In another movie that girl would be the sort to buck up Little Man Tate and bring him in touch with the joys of being a kid. I don’t know, she’d let a kitten loose on the piano while he was practicing his Beethoven. No, not Beethoven—too on the nose. Ravel. But she’d have to be 10 pounds lighter (15, if you don’t count the girth added to her cheekbones). Then she’d get hit by a drunk driver or catch leukemia. Come to think of it, that’s not the same girl at all.

A last thought. Viewing the trailer for The Book of Henry, one sees that Sarah Silverman has become the latest victim of Depp syndrome, by which a once comely face becomes a papier maché imitation of itself. The effects can be reversed, but only at a frightful cost in fuzziness. Debbie Reynolds pioneered the treatment, which is now best known for its effects on Melania Trump.