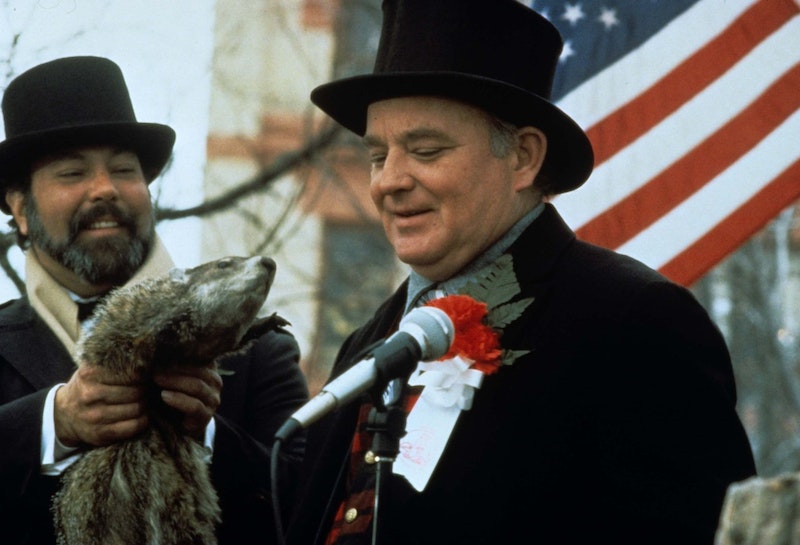 I’ve always loved spiritual films. To me, movie theaters are like nouveau cathedrals. A bunch of strangers sit in a darkened theater staring at a screen while a morality tale plays itself out in front of them. Cinematic scripture is comprised of slick images, sharp dialogue, and awe-inspiring music. Modern-day evangelists are film directors, screenwriters, and actors. When applied to spiritual stories, movies can teach and inspire. Here’s my Top 10 list of spiritual movies.

10) The Mission—The opening scene depicts a Jesuit priest tied to a cross and thrown over a waterfall to his death. The priest has been martyred for disobeying a Roman Catholic missive to close a mission in the jungles of South America and give the land to Portuguese slave traders. Robert DeNiro is a former slave trader who yearns for atonement. He helps priest Jeremy Irons save the mission and keep the local natives free from slavery. The film is about following one’s conscience in a world besieged with violence, greed and the pursuit of power. Through the miracle of God’s grace, even the worst among us can be transformed.

9) The Truman Show—Jim Carrey plays Truman, a man born and raised on a movie set.  His wife, boss, best friend, and even his neighbors are all part of a hit TV show broadcast to the world. Truman doesn’t know this. He goes along living his bland existence unaware his life is a stage. Before long Truman experiences an awakening, a need to discover the truth of his existence. His peers urge him to maintain the status quo, but Truman listens to his inner voice. He leaves the firm footing of land (the movie set) and escapes across a stormy ocean. This is his spiritual journey. By story’s end he realizes there’s more to life then a pre-scripted day-to-day existence. The final scene shows Truman exiting a door to a new world.

8) Jacob’s Ladder—Written by the master of spiritual screenwriting, Bruce Joel Rubin, the film tells of Jacob Singer, a Vietnam veteran trapped in a literal hell on earth. Everywhere he sees demons and symbols of hell and can’t discern if he’s lucid or hallucinating. Biblical references are everywhere. Jacob’s girlfriend is Jezebel, like the Biblical wife of King Ahab who influenced her husband to abandon the worship of God. Jacob is named after the biblical patriarch who dreams of a stairway between heaven and earth. The story’s message is found in a quote by Meister Eckhart paraphrased at the end of the film. “The only thing that burns in Hell is the part of you that won’t let go of your life, your memories, your attachments. They’re not punishing you. They’re freeing your soul. If you’re frightened of dying and you’re holding on, you’ll see devils tearing your life away. But if you’ve made your peace, then the devils are really angels, freeing you from the earth.”

7) Cool Hand Luke—Paul Newman is Luke, a man sentenced to a chain gang for a petty crime. The prison guards try to beat him down, but Luke’s spirit is indomitable. Luke is a Christ figure, taking on beatings to absolve his fellow prisoners of their punishment. He picks up a rattlesnake without being bit as if suggesting Satan has no power over him. His prison number is 37, a reference to the Book of Luke 1:37: “For with God nothing shall be impossible.” Like Christ, Luke’s purpose is to show his fellow prisoners how to achieve freedom from tyranny and oppression. Luke’s sacrifice is inevitable. The evil prison guard Godfrey (“free of God”) ultimately guns him down. But Godfrey’s ever-present sunglasses are crushed, implying that Luke’s death has freed his fellow prisoners once and for all.

6) The Matrix—This sci-fi epic is all about humans living in a dream world of illusion. But there’s a higher existence, a transcendent reality beyond that which we can touch and see. Neo is a Christ figure, “the one” who will bring freedom to us all. He’s a seeker on a personal path toward enlightenment. He comes to realize that the pain of the world is brought on by ignorance, craving and greed. Only through the Buddhist concept of non-attachment can one achieve freedom. The film is packed with religious and mythological symbolism. The character Trinity represents the Christian concept of completion. Morpheus is the teacher, the god of dreams. Cypher is the betrayer, the Judas whose mathematical symbol is zero. The film spurs us to question what is real and illusion in our own lives. As the Taoist philosopher Chuang Tzu wrote in the fourth century, “While we dream we do not know we dream. Fools think we are awake now. Only when we awake do we know it is a dream.”

5) It’s A Wonderful Life—This 1946 classic is the most enduring spiritual movie of all time. Jimmy Stewart plays George Bailey, an ordinary man stuck in a go-nowhere job, trapped by small-town existence. His unfulfilled dreams overwhelm him to the point he considers suicide. With the help of Clarence, a celestial angel, he learns gratitude, to appreciate his normal life as magnificent. Everything we do or say has a positive or negative impact on others. Our life is a gift to be cherished and appreciated. As Clarence says near the end of the film, “Each man’s life touches so many other lives. And when he isn’t around he leaves an awful hole, doesn’t he?”

4) Groundhog Day—This Harold Ramis comedy is a favorite among religious leaders of all faiths. Through a twist of fate, Bill Murray is forced to relive the same day over and over again. The movie taps into the Buddhist idea of samsara, the cycle of rebirth and suffering humans try to overcome. Murray is a bodhisattva, a person on the brink of nirvana. He must learn the spiritual lessons required to end the cycle of pain and save his soul. The film also resonates with Jewish teaching since Murray must perform mitzvahs (good deeds) to find happiness.

3) The Exorcist—This classic horror film is a spiritual primer in good vs. evil. When first released in 1973, the film was considered “evil and satanic” by evangelist Billy Graham. But screenwriter William Peter Blatty wrote the story as an honest exploration of spirituality in the modern age. Does evil exist? Why do bad things happen to innocent people? The film embraces the Christian concept that God laid down his own life to save humanity. When asking why our world is so dysfunctional and dark, we’re tempted to reach for human answers (poverty, lack of education, mental illness). But perhaps a return to the fundamental principles of our faith is required. The film is terrifying but in the end good triumphs over evil and the audience is forced to explore their own beliefs about spirituality and God.

2) Ghost—This 1989 film written by Bruce Joel Rubin perfectly lays out the rules of Judeo-Christian ideology. The body is a vessel for the soul. If a man dies before he’s ready, his soul wanders the afterlife in a state of confusion. This “lost soul” is what we call a ghost. Like a river cut off from the ocean, our soul needs guidance to return from where we all came. Our individual lives are where we learn important spiritual lessons. Some people have the ability to communicate with lost souls. These people become spiritual guides and teach key lessons. Those who follow the path of good connect to the light. Those who stray and embrace evil are absorbed by darkness. Only through love and compassion can we learn the great truth of existence. We are all Spirit.

1) Star Wars—“May the Force be with you.” There is no greater spiritual proclamation in the history of cinema. Though ostensibly a sci-fi action flick, the Stars Wars trilogy is embedded with spiritual wisdom. From the samurai-like teachings of Obi-Wan Kenobi to the Zen wisdom of Yoda, spiritual dogma is embedded in Star Wars. While writing the original screenplay, George Lucas consulted with Joseph Campbell, the renowned teacher of myth and spiritual folklore. Campbell’s Hero With A Thousand Faces has become a source manual for screenwriter’s attempting to craft a spiritual tale. The Force (i.e., God, Tao, Dharma) is inside us and around us at all times. All we need to do is tap into this energy and universal equanimity will be restored.