Film Review: The Beguiled Shows Sofia Coppola at Her Best

A top-flight cast is winning in contained story. B 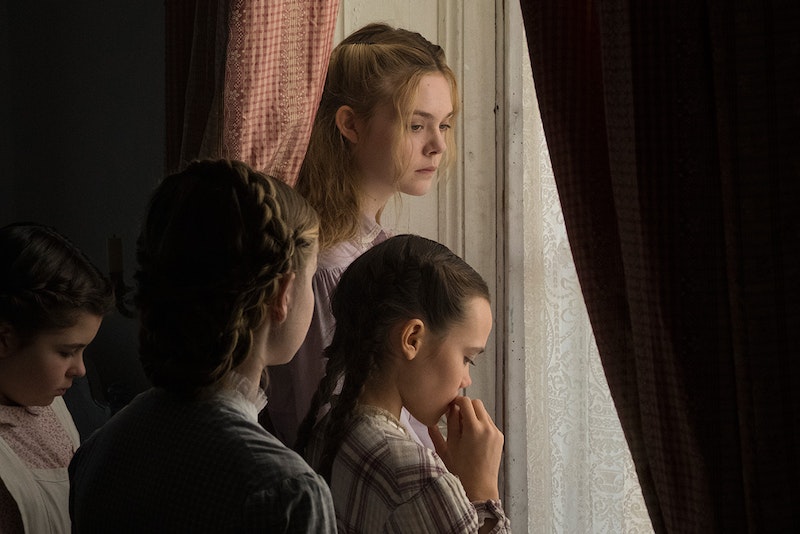 Sofia Coppola’s had a sui generis career in Hollywood. She earned jeers for her inert, last-minute fill-in performance in her father’s The Godfather, Part III in 1990, before launching her directorial career a decade later with The Virgin Suicides in 1999 and the international hit Lost in Translation in 2003—two films a lot better than anyone was expecting.

Coppola, pointed out over the years, has largely written what she knows—the plight of the over-privileged, especially young women. The director has stumbled more recently with Marie Antoinette, Somewhere and The Bling Ring—interesting failures all, but failures just the same.

But the now 46-year-old Coppola gets back on track with The Beguiled, a slow-burning Civil War drama/thriller that’s her best film in years, and earned Best Director honors at Cannes this spring.

There’s the headmistress (Nicole Kidman), a teacher (Kirsten Dunst), a flirty teenager (Elle Fanning), and along with some younger girls (Oona Laurence, Angourie Rice, Emma Howard), their rivalry over the attentions of their male guest causes a tension that drives the movie for its first two-thirds.

Coppola is telling a smaller, more contained story than she typically does, and she makes the transition quite well. And that’s thanks in large part to a top-flight, mostly female cast. The film doesn’t quite keep up the momentum until the end, and the conclusion is anti-climactic. The Beguiled is also somewhat divorced from the politics of the Civil War, and even subtracted a slave character from the original film. That decision is defensible; that character might have overwhelmed the storytelling of the film had it been included.

The cast is full of performers who’ve had serious resurgences in the last couple of years. Farrell’s career was in oblivion not too long ago, but he came roaring back last year with The Lobster and now The Beguiled, which represents one of his best turns on screen to date. Kidman’s been on a serious role with Lion and Big Little Lies and Dunst, who disappeared for awhile after her amazing performance in Melancholia, is terrific, reuniting with her director from Virgin Suicides and Marie Antoinette.

Coppola was supposedly going to direct a live-action version of The Little Mermaid; this is much better. Remaking The Beguiled was more a risk, but it's one that’s paid off.