Screenwriters argue that a high percentage of successful movies feature a young person lost and on an adventure, trying to find their way home. 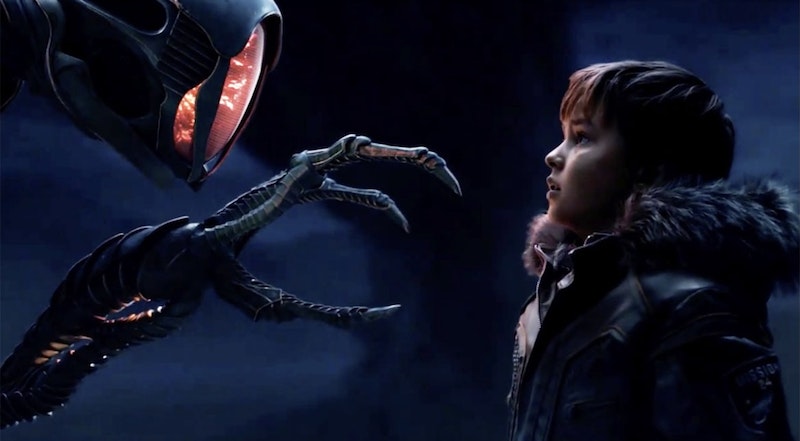 End-of-year holidays are a time when we used to watch our favorite movies to recapture nostalgia. The old broadcast networks would replay them—Miracle on 34th Street, White Christmas, It’s A Wonderful Life, A Christmas Carol—every year for people, sometimes as families, to re-watch. Jews would celebrate Jewish Christmas, where the debate was which of the two holiday rituals—going to a movie theater or going to a Chinese restaurant—would come first.

Decades later we might use our holiday downtime to binge-watch a series of movies, and the television networks, broadcast or cable, and later the streaming platforms, would offer them up: Lord of the Rings, Star Trek, Star Wars, The Avengers, Batman, Superman, Wonder Woman or the Bruce Willis oeuvre.

Our winter holidays owe their origin in part to a Roman imperial census, where everyone was ordered back to their hometowns for counting, partly to enable schemes of tax collection. These holidays now celebrate family, morality (including benevolence) that transcends government, the year’s achievements and plans and resolutions for the year to come. In America the holidays have a heavy commercial and capitalist component. In modern culture wars the “progressives” who favor centralized government and increased taxation tend to favor de-emphasizing Christmas.

Dropped this winter into the oligopoly of science fiction cinema dominated by the Star Trek and Star Wars franchises, Marvel Studios and DC Comics, is the third and final season of Lost in Space, a Netflix reimagining of the 1960s TV series of the same name (a movie version having was produced in 1998). In a way Lost in Space is part of its own franchise, the Irwin Allen franchise. Like Gene Roddenberry or Steven Spielberg, Allen created a number of Syfy offerings in the 1960s—Time Tunnel, Land of the Giants, Voyage to the Bottom of the Sea—and then 1970s movies like Towering Inferno and The Poseidon Adventure. Allen’s Syfy creations were for television and aimed mainly at a young audience. Only Lost in Space was remade, in this latest version as a Netflix series that’s been released around holiday time, in 2018, then 2019, and now finally the third season in 2021 (2020 was skipped because of Covid). Though Allen’s work is not as lauded as Roddenberry’s or Spielberg’s, Allen did give them something: John Williams, who wrote the music for Star Wars, first wrote the theme music for Lost in Space.

The original Lost in Space depicted the Robinsons, whose endeavor is a version of our current Jeff Bezos or Elon Musk space launches (or plans to colonize Mars), though their goal was to be the first colonists of a habitable planet orbiting the star nearest us, Alpha Centauri. Besides a mom, Maureen, and dad, John, a son, Will, and two daughters, Judy and Penny, the crew includes a pilot, Don, a sentient robot, Robot, and a stowaway, Dr. Zachary Smith, played by actor Jonathan Harris (who appeared in other Allen shows).

The show self-consciously refers to the 1812 story Swiss Family Robinson, about Swiss immigrants traveling to Australia who are stranded on an island in the East Indies. In the 1960s television show, the Robinsons are stranded on a number of planets, as calamities from hostile aliens to running out of fuel, keep them from making it to Alpha Centauri.

But what Lost in Space really reminds one of is another of our holiday movies, The Wizard of Oz. There are screenwriters who argue that a high percentage of successful movies feature a young or youngish person somewhat lost and on an adventure, trying to find their way home, usually discovering things about themselves and forming alliances, friendships, and chosen family along the way. Enduring literature has to appeal to our family-oriented and mammalian but also human and individuated, nature. Dorothy has this adventure of discovery, and so does Will Robinson. Dorothy collects a group of friends who represent different human virtues (or vices)—empathy, courage and cowardice, intelligence and wisdom—that she has to explore. (Frank Baum loosely channeled Homer, with the Kansas tornado playing Poseidon to Dorothy’s Odysseus, the poppy field’s Sirens, the Wicked Witch’s Circe, Glenda’s Athena, and the Emerald City’s Phaeacia).

In the 1960s Lost in Space, Will Robinson (played by Billy Mumy) has both a Tin Man and a Cowardly Lion, though as a science nerd he may himself incorporate the brainy Scarecrow in a way that Dorothy, a girl from an earlier era, wasn’t allowed to do. The Tin Man is the Robot, with whom Will Robinson is able to form an emotional bond, a friendship, as the Robot watches out for his young charge, often warning “Danger Will Robinson!” The Cowardly Lion is Dr. Smith, a character without whom the 1960s Lost in Space never would’ve worked—the fact that storylines began to center on Will, the Robot, and Dr. Smith, with the other actors (including June Lockhart) playing supporting roles, caused friction on the set, with one actor (Guy Williams, who played John Robinson) eventually moving to Argentina and giving up acting.

Dr. Smith is a fascinating character. I think it’s impossible not to read the character as gay, or more specifically as the worst of 1960s gay stereotypes. When threatened he hides behind Will or the females of the crew. He’s duplicitous, cheating, and conniving. He tricks and misleads the Robinsons, often the cause of their delays in getting to Alpha Centauri. His manipulation of Will, including pressuring him to keeping secrets, is about as close to a depiction of pedophiliac seduction as one could put into a children’s TV show. When the Robot warns “Danger Will Robinson!” the danger is often caused by Dr. Smith, of whom the Robot is persistently suspicious. Jonathan Harris, the actor who played Dr. Smith, is not officially gay (or bisexual), as so many 1960s and 70s TV stars—Raymond Burr, Rock Hudson, Jim Nabors, Robert Reed, Paul Lynde, Charles Nelson Reilly, Fanny Flagg, Merv Griffin, Sherman Hemsley—were. He married his high school sweetheart, and, unusual for Hollywood, never divorced. They had one son.

In the new Netflix Lost in Space, Dr. Smith is still a stowaway, duplicitous, conniving, and cowardly. But much as trans athletes are wiping out women’s sports, the current drive for diversity and inclusion has nixed one of TV’s campiest gay characters—Dr. Smith is now a woman (played by Parker Posey). And the robot, still called Robot, is an alien the Robinsons found on their journey.

Dorothy’s associates all had to overcome their deficiencies and vices, and so do Will Robinson’s. In the new Lost though Will’s befriending, repairing, and bonding with Robot (like Dorothy oiling the Tin Man) is particularly important. The new version imports a lot of the imaginative territory Syfy writers have created since Irwin Allen. The new Jupiter 2 (the Robinson’s ship) is part of a whole fleet escaping a dying earth, whose ecology may be irreparably poisoned. The ships in this fleet travel at speeds slower than light, but they’re traveling to Alpha Centauri while attached to a central hub that has a faster than light drive.

As the story unfolds the drive is purloined alien tech that belongs to an alien (and robot) race (of which Robot is a member). Even operating it requires a member of this robot race, chained into submission—humans can’t make it work. The robots are hostile, and attack humans on sight. (One of the other human friendly robot aliens is named by Will…”Scarecrow”).

At first it appears the robots are upset about the theft of the faster-than-light engine, or of one of their own enslaved as a pilot. In the third season Will finds their planet of origin and learns that their origins are more akin to a slave rebellion by Terminators. But only Will’s emotional bond with one of them (later copied by one of his sisters befriending another robot) keeps the humans from being exterminated. The young Robinsons invite the robots to become individuals but also part of their mammalian human families.