Bouncing Off the Walls in the Valley

Licorice Pizza may not be Phantom Thread, but... run to it... 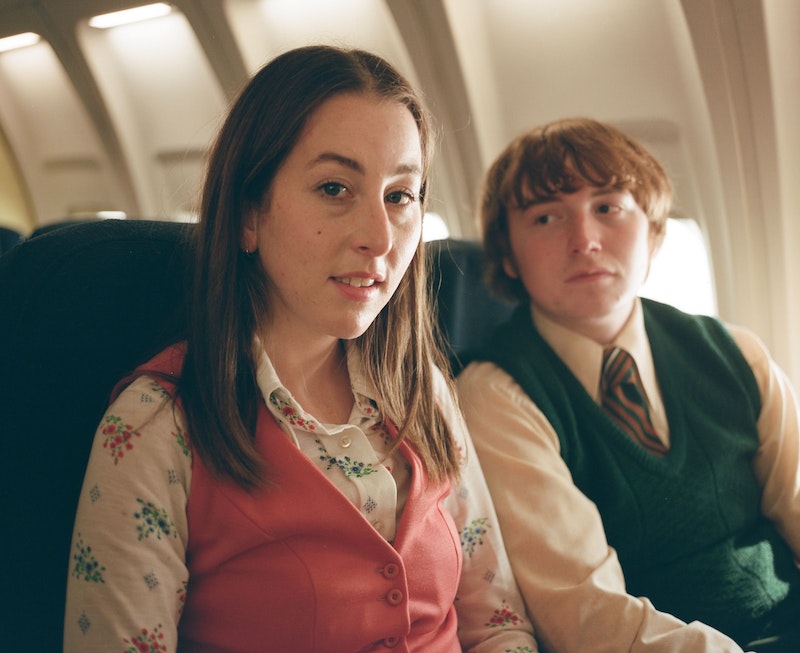 Paul Thomas Anderson’s ode to LA youth culture, Licorice Pizza, has the pimply sprawl of a Todd Rundgren 1970s LP. By turns bouncy, cherubic, and a bit doughy, it’s not unlike the teen protagonist Gary Valentine, played by Cooper Hoffman (son of late, great Phillip Seymour). Gary could charm the pants off a clotheshorse. Alana Haim is an older woman who first appears wearing shorts. She preens teens for a kid’s variety show, of which Gary has a place in line and a pressing need for her hand-mirror. In a brazen attempt to impress her at a live filming, he makes a beaver joke (a bad one), and she leaves him for a Jewish rival, who’s more, well, circumcised. To some degree, this is how the movie plays out: Gary and Alana, finding love, falling out, yet somehow maintaining a purity of innocence throughout.

After losing her, Gary’s despondent, and his friends—a silent majority of thousand-yard stares and troglodyte haircuts—are no real help. So, given this and an acting career on the fritz, Gary naturally turns to selling waterbeds (he’s got terrific entrepreneurial spirit). There’s spirited casting all over the place. Leonardo DiCaprio’s dad apparently once owned a wig shop that sold water beds and here, he plays the owner of a wig shop that sells water beds. “Won’t you come in and take a closer look at it; it won’t bite.” Alana returns to the fold and the waterbed business culminates with a delivery to the Streisand house. Barbra’s not there, but her boyfriend Jon Peters (Bradley Cooper) is, and he’s horny, wickedly so. There’s an intense moment at the house of the kids filling up their waterbed that reminded me of Phantom Thread. At times, I wished this was more like Phantom Thread, but I wish this of all movies.

Life goes on, a gas shortage exposes the oil crisis that shuts down the waterbed vinyl industry and the global supply chain gets Alana thinking about serious issues such as local politics and suddenly she’s reenacting Cybill Shepherd in Taxi Driver. Meanwhile, Gary turns to pinball arcades, neatly exposing their widening age gap. Like the machine itself, the movie bounces all over the place, the joie de vivre of youth and scenes play out niftily to the beat of Wings or The Doors. Yet why doesn’t Alana ever pick up a pair of drumsticks, an electric guitar, or belt out a scintillating number? Elvis sang! Am I alone in wishing for Alana to show Gary her musical talent? Or would that be too emasculating for him?

Instead, she smokes grass with her sister Danielle and a profound ineloquence pervades the deafening silence capturing the ineffable feeling of what now and when do I become the thing I don’t know I was destined to become because I don’t know what that is to begin with. Thankfully, this is the suburbs of Hollywood, so one felicitous encounter with Jack Holden can change everything. It’s Sean Penn, playing a Bill Holden-type with an Evil Knievel streak. They’re inside one of those lurid Brown Derby-style eateries. “You remind me of Grace,” he says, though she looks nothing like the Princess of Monaco (she actually looks like Barbra Streisand). Tom Waits runs up sycophantically eager for war stories. “There are guns hidden in those mountains,” Holden broods, adding, “At least it’s not Kuala Lumpur.” He downs a fourth martini. Later she’ll fall off his motorcycle and Gary will run to her. There’s a lot of running in this movie. Licorice Pizza may not be Phantom Thread, but… run to it...