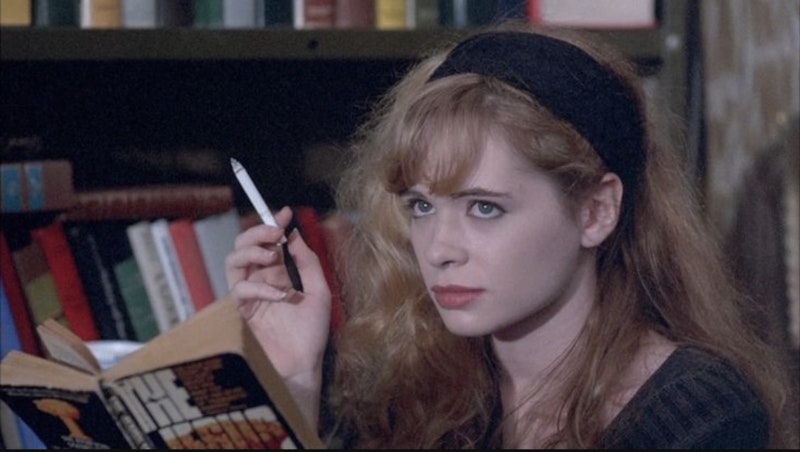 With Andy Ostroy’s tremendous documentary Adrienne presently on HBO it’s hard for me to hold back tears watching any frame of this excellent film. It’s basically about his actress wife Adrienne Shelly who was killed in the West Village in 2006. An undocumented laborer struggling for money was working in the building where Adrienne had an office and he broke into her apartment/studio and tried to rob her purse but she caught him and resisted. He strangled her and then arranged her body to make it seem like she hung herself in the shower of the apartment on Abingdon Square.

The news of Adrienne’s death came to me over the Internet in the fall of 2006. It was late at night when I opened my AOL account and there was a generic headline “Actress found dead in NYC.” For some reason I clicked on the link. Adrienne Shelly was gone. Wait, I know her! It can’t be. Why did I click on this? This can’t be so.

At first the tabloids declared it was a suicide based on dismissive police work, but as Andy and everyone else who acquainted with Adrienne knew that wasn’t the truth. Soon enough, the police traced a bathtub footprint from the crime scene to a matching footprint at a work site in the same building. A 19-year-old Ecuadorian named Diego Pillco was arrested and was soon in jail and Ostroy’s confrontation with his wife’s murderer at an upstate prison is about the most heart-wrenching scene I’ve ever watched. Part of that is because I’ve spent time with Andy and, years ago, with the late Adrienne.

Many scenes in the Adrienne documentary center around the reaction of their daughter Sophie, now a teenager, who wasn’t yet three when her mom was murdered. I first met Sophie whenI was moving from Brooklyn to Rhinebeck a year or so after 9/11. After looking at an A-frame in the country with my wife and 11-month-old daughter, we paused at the end of the long driveway. There was a swing hanging from a tree limb and we noticed another house on the property. It was a late-summer warm day, and there was a diaper change required. As we finished our business, I noticed a swimming pool at the side of the house, and soon a couple emerged with a child and began walking toward us. Uh oh, we’re busted, was my Brooklyn reaction. I couldn’t have been more wrong. Andy and Adrienne approached us and asked what we thought of the A-frame up the hill.

I was staring at Adrienne, as if I’d met her before. Which I had. A minute later it all crashed on me as to who she was. I reminded her we’d lunch a few times several years ago in Manhattan when I was doing an article about her Yankee fandom and penchant for Don Mattingly’s skills. She soon remembered our meeting at the restaurant Edison in the Flatiron district and introduced their infant daughter named Sophie, which is my wife’s name. My daughter Roxanne, with the fresh diaper, stared at this hipster trio with the aplomb of an already jaded cynic. The A-frame was too remote, we said, having ruled it out. But what cool neighbors!

Adrienne and I reminisced for a while and caught up in the driveway and she was the sweetest, diminutive lip-heavy woman of great integrity. I don’t think Andy was her boyfriend when I interviewed her, which would be verified later in the documentary when he reveals they later met on Match.com. Wow.

After eschewing the rural A-frame near Adrienne and Andy, wefound a house in Rhinebeck village and let us now flash forward to the local recreational soccer fields where my daughter and Adrienne’s daughter Sophie were soon linking up well and scoring lots of goals. I was grateful that Andy had filmed many of them and my daughter’s highlights can be found on YouTube thanks to Ostroy’s video persistence. Much of my daughter’s game came from hours of watching American Clint Dempsey tear it up on TV for the English side Fulham. A gritty Texan in West London, I had her take notes on his game. Many times, Andy’s friends from the city would be visiting and attend the soccer matches featuring Roxanne and Sophie and add colorful cheering from the sidelines, which was fun. I look up from this desk now and again and see Ostroy jogging past my window. He’s meshed well with the locals, having partnered with actors Paul Rudd and Jeffrey Dean Morgan in the co-ownership of a popular candy store/coffee shop called Samuel’s, which is a big tourist draw in Rhinebeck.

It all came to pass because in the early-1990s when New York Press first started to publish sports articles, I had a roommate who was infatuated with Adrienne Shelly from the Hal Hartley films. He discovered she was a huge Yankees fan and especially obsessed with first baseman Don Mattingly. I can’t remember how we got in touch, but the lunch interviews were fantastic,and she explained how she’d visited Mattingly’s restaurant in his hometown of Evansville, Indiana and even had a coaster from the joint. New York Press ran my piece about Adrienne’s baseball fandom, and all was right with the world. There’s a scene in the Adrienne documentary showing her putting on a Yankees jacket, though Andy doesn’t really explore her Bronx baseball penchant in the film.

She grew up on Long Island, which immediately puts her on the Hal Hartley varsity, and I wasn’t surprised to see her daughter Sophie blossom into a fine soccer athlete with instincts for finding the loose ball and progressing down the field as a playmaker, which is the mantra I’ve taught my daughter. The last time I saw Sophie, she looked so much like Adrienne that I had to look away in order not to cry. Our previous conversations after soccer practice involved her activism to prevent abuse of the carriage horses used to haul tourists through Central Park. On more than one occasion I’ve witnessed heart-of-gold Sophie completely destroy a soccer opponent with a fair tackle and dispossession and then, as she proceeds up the field with ball, turn to her foe and ask if she was okay. That’s how many of the Rhinebeck soccer girls would roll, and it continues to astound me given the parameters of competition.

Occasionally I watch the film Waitress when it’s on Showtime. Near the end, Sophie appears as a toddler in the arms of her mother Adrienne. The movie was turned into a successful Broadway production. I was in Times Square not long ago with my daughter Roxanne when a woman in a waitress costume approached us and handed us a flyer for the Broadway show. I took one and handed it to Roxanne and said this is your teammate’s mom’s legacy. And I told her the story of Adrienne’s baseball fandom, our lunches, the house-hunting encounter and how she and Sophie linked up so well on the soccer pitch. They’d met as infants and later grew up together playing the beautiful game. Kind of cool. Kind of something that Hartley should know about for a future project and his first sports film? We’ll see. Now that rec soccer is in the past, I miss conversations with Andy and Sophie. And, like so many people touched by her, I miss Adrienne.