Lessons from Hell: Virgil vs. Predators

The house that Predator built. 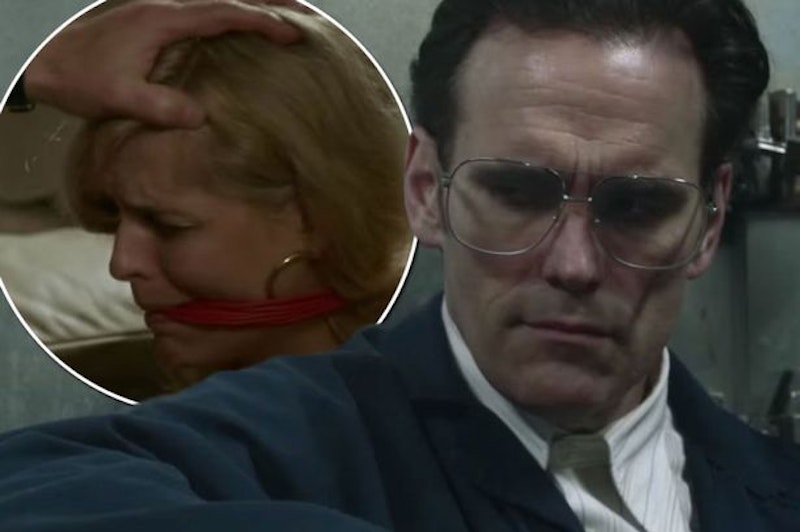 In his preface to Screwtape Letters, C.S. Lewis wrote, “Screwtape’s advice to Wormwood should have been balanced by archangelical advice to the patient’s guardian angel. Without this the picture of human life is lopsided. But who could supply the deficiency? … Mere advice would be no good; every sentence would have to smell of Heaven.”

Alas, for us mortals, it’s easy to ideate imperfection and hard to perfect ideals. So, we often learn our lessons by traveling through fantasies of horror along rivers of fires. These are fairly navigable bodies of water, haunted lazy rivers, where we can reflect on the big picture (life, death, etc.), dredge up ethics and (re)collect moral codes.

Lars von Trier’s The House That Jack Built resembles Screwtape Letters, sort of. Both force the view from hell as we follow the irrational antipathy of their devil’s advocates, a demon in Screwtape and a psychopathic serial killer in Jack.

Jack, however, is a bit more toxic than Lewis’ demon, perhaps because the theater experience lulls us, naturally, into passivity. We are in Jack’s head. His victims say what he wants them to. He twists William Blake’s poetry for his own irrational purposes. He celebrates “icons” (his word) like Hitler, Stalin and Stukas. Poisonous substances saturate the screen; over time, it starts to feel like a death cult brainwash.

However, his pernicious rhapsodies don’t stick. Like Inferno, Screwtape Letters and Berenstain Bears’ The Bike Lesson, The House That Jack Built acts as an indirect apologetic that defends good by showing bad. We witness Jack’s irredeemable depravity; it repels us and bounces us toward what we might call virtue. In this way, Jack is different than other glorified antiheroes like Tony Montana (Scarface), Alex (A Clockwork Orange) and John Belushi (Animal House). No pathos in Jack. Society is not to blame. Identification with the killer is not an option, at least not a sane one. And I doubt anyone is putting Jack’s poster on their wall.

Honestly, Jack is a breath of fresh air because he’s so unlovable. These movies these days, let me tell you, too much pathos, too much sympathy for the devil. Even The Predator gets some love in this year’s reboot. He’s decided to save us from his predatorial peers, who are planning a eugenic plunder, even though, in the film’s premise, we’ve goofed up Earth anyway. Even as our predator slaughters a labful of doctors mercilessly, it’s only to save our stupid selfish asses. Also, his dog is cute.

Antiheroes abound: A bus full of Con Air-esque military misfits self-proclaimed the “Loonies” are supplied as comic relief. They verbally degrade each other; we laugh. They eat pickles; we laugh. They slaughter government agents mercilessly; we laugh. A sense of humor goes a long way.

Not so with Jack. Jack thinks it’s jolly to taxidermy a child’s corpse; we do not. Jack thinks having two murdered women in a photo shoot lends a “sense of humor”; we do not. Lars von Trier employs comedic devices but not for laughs. Jack’s amusement for his “works of art” only increases our discomfort and nausea.

The world outside of Jack the psychopath appears fairly normal. His victims look for love, form families, seek connections, ask for help, trust one another and act responsibly. The world of The Predator, however, is beyond repair. Aliens are about to do a fly-by genetic herding, our planet is cooked because of our collective hedonism, families are broken, assholes are everywhere, assholes are heroes, and heroes enjoy breaking soldiers’ necks. We don’t trust anyone—doctors, biologists, government agents, bullies, children, aliens, alien dogs—nor do we care.

In The Predator, as in the Marvel Universe and Transformers franchise, we mortals only get in the way when the gods play with toys of annihilation. Entire cities are decimated, planets destroyed. Human life is basically disposable, essentially powerless. Easy come, easy go. And when people die, they die in apocalyptic droves. Emotionally detached, the camera captures it in a wide view, a grim view where misanthropy is shrouded in stunning CGI.

But in the House That Jack Built, we mortals get a great deal more share of the responsibility for our own fate. We can’t just sit back while misfit snipers and alien races work things out. Like Albert Brooks’ Defending Your Life, we’ll have to answer for our actions. Like Jack, we are responsible for the house we build. Simple lesson, as simple as a nursery rhyme, but not one the psychopaths of our world will ever learn.

Even in all of its compulsive sadism, Jack provides an alternative: Virgil, poet and guide through hell, who counterbalances Jack’s skewed view by reminding him that works must be imbued with love before they become art. That is, Jack and Hitler are not failed artists because they weren’t capable of becoming artists in the first place.

Oddly, human life is valued more in Jack than Predator. Close-up shots on handheld cameras humanize the victims. When they are manipulated, strangled, abused, tormented, mutilated and tortured, we are meant to sympathize and cringe, appropriate responses. Sane responses.

But my eyes glazed over the action-oriented haze of death in The Predator, where heads are ripped from bodies and bodies cut in half with static frequency. I did not cringe; I did not care.

The House That Jack Built is candidly dreadful. The Predator is misleadingly fun. Both handle subjects like genocide, war, trophy hunting and human cruelty, both exploit difference in ability (Rory, the evolved child savant on the spectrum; Glenn Gould, the eccentric and genius pianist), both male-gaze female anatomy and stylize mutilation, and both disrupt the psyche, but Jack is more honest in its intentions, take it or leave it, while The Predator is an overproduced masquerade.

Still, one has to wonder about the mental state of any director, like Lars von Trier or Shane Black, who prefers to swim in boiling rivers of fire. I doubt the worldbuilder of Narnia could ever dream up something as visually violent as either of these directors can.

Lewis: “Though it was easy to twist one’s mind into the diabolical attitude, it was not fun, or not for long. The strain produced a sort of spiritual cramp. The work into which I had to project myself while I spoke through Screwtape was all dust, grit, thirst, and itch. Every trace of beauty, freshness, and geniality had to be excluded. It almost smothered me before I was done. It would have smothered my readers if I had prolonged it.”

Are we being smothered? Is it fun?