Embarrassing Netflix numbers, film preservation, and the hope of Beyond Video. 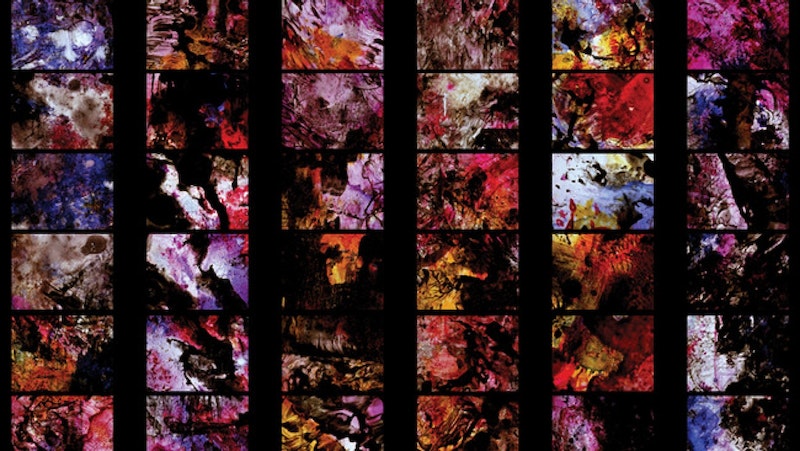 Q. vs. Q.: In a piece for The Black List called “In Search of the Last Great Video Store,” Kate Hagen points out some alarming facts for film fans: “The dearth of classic films and focus on new content becomes more apparent when taking a closer look at what’s available by decade on each of the major streaming services. According to JustWatch, two titles made before 1930 are now streaming on Netflix—they offer only 15 films made before 1950, 26 made before 1970, and 98 made before 1990. By streaming fewer than one hundred films to cover the medium’s first one hundred years, Netflix is doing an egregious disservice to film’s first century.”

When Hagen’s piece was published six months ago, Netflix had just 3,686 movies available to stream. They don’t care because apparently 66 percent of their users don’t even bother with movies, original content or not: it’s all about the shows. I have nothing against the shows and mini-series that dominate the culture these days. But Netflix’s numbers are inexcusable: with less than 100 films made before 1990 available, they’re erasing the history of an art form that's only existed for a little over a century.

If movies and celluloid itself weren’t so volatile and prone to degradation and disappearance, this wouldn’t be an issue. But if the missing reels of The Magnificent Ambersons make your heart sink, you better bounce up and dig up and donate the tapes, DVD’s, and Blu-Rays you don’t want anymore to places like Beyond Video in Baltimore, because they’ll be safe there, they’ll be archived.

Time Bandits: Beyond Video has been doing weekend-only hours and free rentals for anyone who donated to their Kickstarter since the end of October, and I’ve been able to see so many out-of-print films that are impossible to find online and cost a fortune on eBay, whether it’s Abbas Kiarostami’s Ten and 10 on Ten, Chantal Akerman’s La Captive, Robert Altman's A Wedding (plus most of his overlooked 1980's movies), Fassbinder’s BRD trilogy, or Claire Denis’ work, which remains mostly elusive and expensive on home video in America. The store has over 10,000 movies and they have a monthly payment like Netflix instead of per movie.

This is a pro-bono advertorial. it’s a plea for groups like this that know how our movement to the cloud is leaving a lot of media behind. I’ve talked to people about this—friends, family, acquaintances—and the results are in: everyone hates watching movies that’re longer than two hours, yet they regularly watch two- or three-hour long episodes of a show, or worse, binge entire seasons without a flu excuse.

Again, I’m not against it. You’ve gotta pick one or the other, and there are too many shows and they’re all too long for me to commit. I love watching movies, and movies that are three hours or more can be particularly satisfying in the same way that sinking into a thick book can be. I've found, in the right mood, three-hour films go by quicker: the pacing is different than a typical two-hour movie where you can feel every beat and checkpoint coming a mile away.

So why the binge? Or even the “reasonable” limit of watching that amounts to nearly three hours? It’s the same old song: shows are plot over image and sound, and you don’t have to try as hard or pay as much attention to understand what’s going on. People watch Netflix at the end of their day, or before they go to sleep—it’s an anesthetic, not a meaningful engagement. We know the exceptions that warrant repeat viewings: The Wire, The Sopranos, Breaking Bad, Twin Peaks, even Big Little Lies, which very cleverly used duration to its advantage in developing its characters.

As viewing habits change, it’s important to keep preservation in mind and bleach the myth of everything being available on the Internet forever. It’s not. It’s a lot worse than one might think. So this holiday season, consider stealing your parents’ tapes and DVD’s and donating them to Beyond Video or your nearest non-profit video store-slash-archive. Art should outlive us all, and it’s our job to steward its safety.