Lara Croft and The Progressive Virgins

We're wrong to commit for moral reasons to anti-erotic fantasies. 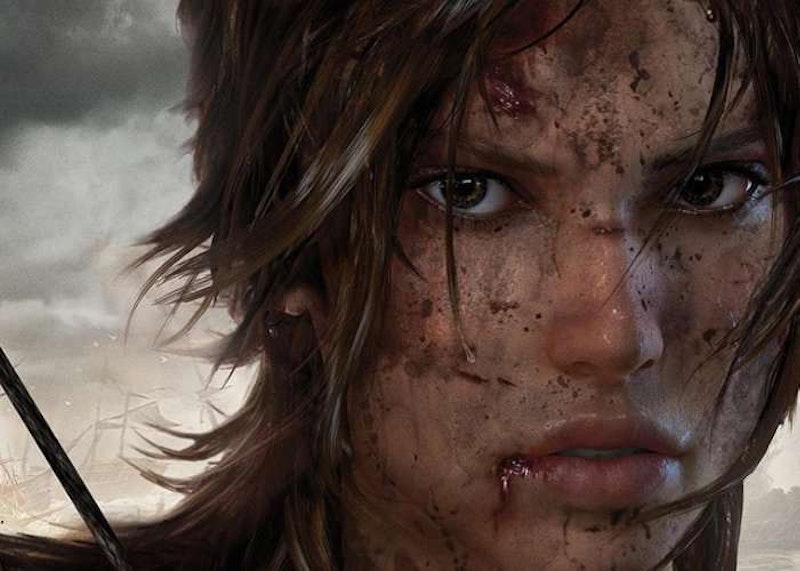 The new Lara Croft is someone social media can be okay with: an angsty virgin. This plays better in China than America and will never earn back the $100 million the new Tomb Raider cost, but it's adequately moralistic. She's even played by Alicia Vikander, who won an Oscar for the sort of movie people who like Lara Croft would never watch: The Danish girl, a moralistic story about pioneering transgender stuff. Tomb Raider is probably the only female franchise with a majority-male fan base, but it looks like the studio wants to change that.

Virgins have energy, too, and so here comes fitness. This squares with progressive morality, both because of health obsessions and it's the perfect form of class contempt. And this new Lara is a demigoddess in this cult. The true one percent, her body tells us, is one percent fat. We may spit at Wall Street or curse our robotic overlords, but to the tyranny of the fit we consent slavishly. That's our piety: disciplining ourselves into photo-shopped glossy-magazine cover images of Greek statues whose names or stories we'd die before we learn. We always fall short and always repent.

That goddess has a name: Artemis in Greek or Diana in Latin. In both languages, she's a goddess of the hunt, a wielder of the bow, and a virgin. Word for word the new Lara Croft. Are our new fantasies anti-erotic? Lara takes a bow to men twice her size who shoot automatic rifles, but she'll triumph, because she's armed with abandonment-insecurity daddy issues and all the emotional turmoil you'd expect of a movie for the Millennial age. I don't say this in contempt—it’d be great if father and daughter had powerful scenes together, but they don't. (By the way, don't mistake this for a movie Millennials actually went to watch—two thirds of the audience was over 25.)

We've come a long way to this new worship. The first Lara Croft Hollywood gave us was Angelina Jolie. Nowadays, she's the national poet of Cambodia, the last great white colonizer, but back in 2001 she was the pinnacle of the crazy/hot matrix. Even in her crazy Oscar-winning performance in Girl, Interrupted, she enslaved the audience.

That Lara was an uncompromising feminist. So she was much more fun to watch, though surrounded by phallic symbols you probably don't remember. She was adventurous and confident. She was not a girl—she was a woman. Compare the two performances and you'll accuse our times of morbid Puritanism. It's not even a matter of body. Angelina Jolie looked at the world around here with more than worry or doe eyes: she had a combination of menace, daring, and sex.

Compare the opening sequences: Girl-Lara is fighting another bamboo-thin girl who wallops her. She's striving and failing. That's life today. Not even movie stars can win their fights. Woman-Lara was fighting a robot in a strangely sexual way, and she won.

Do you remember the low camera shots, looking through her shapely legs? How about when she has to spread her legs as the spider-like robot hammers at her? The butt-shots when she changes clips? Her ever-so-slightly open mouth? How about at the end, when she's on her back, on the ground, the monster jumps on top of her and she has to wrestle its robotic arms? This is all about sexual risks and the dangers of rape—and a preference for rough sex.

Smack in the center of that movie, Lara jumps on a massive stone pillar that swings horizontally, back and forth, to help it prick a waiting receptacle that contains some magic substance. She's excited about it, of course, and with her efforts she releases the substance with a spray. This is a comic image of female sexual empowerment. There's nothing like it today.