Knight of Cups Is More Fuzziness From Malick

Only fit for a Malick devotee. 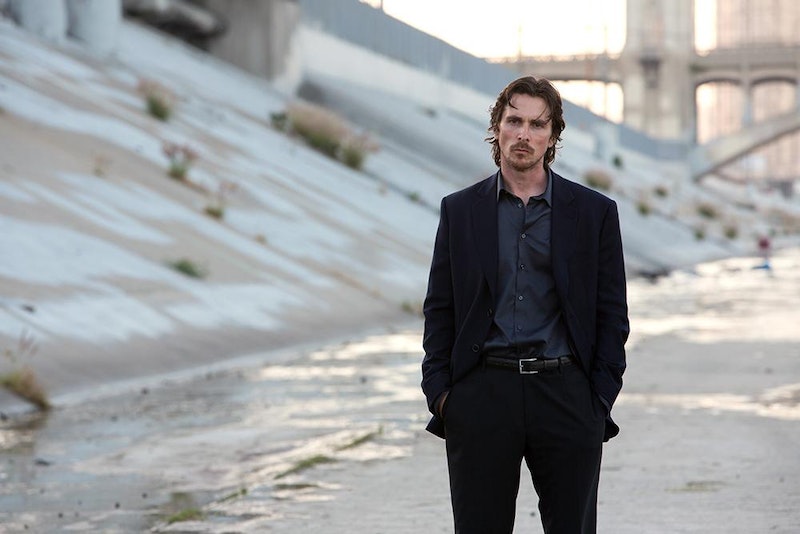 Terrence Malick has a career arc unlike that of any other great director. He made two masterpieces, took a 20-year break, and then returned much more prolific than ever before. Knight of Cups, Malick’s latest film, is the fifth of his comeback run, and it lands roughly in the middle of the pack of those. It retains most of the same strengths and weaknesses of the last four films: it’s full of beautiful images and good acting performances, but its experimental and abstract structure gets very tiresome, very quickly. Knight of Cups, finally getting a release after a festival bow nearly a year ago, draws from The Pilgrim’s Progress to tarot cards, while also returning to themes from Malick’s past work.

Christian Bale stars as a depressed Hollywood writer. Through both various scenes and endless voiceovers, we put together that he’s morning the death of one brother while dealing with his other living sibling (Wes Bentley), as well as their father (Brian Dennehy) with whom his relationship is strained. Then there are the women… different segments of the film detail Bale’s relationships with different women, played by the likes of Imogen Poots, Cate Blanchett, Frieda Pinto, Teresa Palmer and Natalie Portman. Unfair critics may ask about how this rich guy, in a beautiful house with a successful career and juggling all of these beautiful women, would have anything to be so morose about. But of course, that’s not how depression works.

If you’re a Malick devotee, you’ll probably find a lot to like here. It’s of a piece with the director’s usual style, complete with stunning visuals from cinematographer Emmanuel Lubezki and a first-rate score by Hanan Townshend, a relatively unknown New Zealand composer who has worked on recent Malick projects.

The performances are decent too. This is a more subdued Bale, a night-and-day change from the last time we saw him in The Big Short. It’s great to see Dennehy in such a prominent role, as the 77-year-old has been largely absent from screens of late. Of the women, Blanchett and Portman probably make the greatest impression. But overall, there’s a not a lot holding the whole thing together. The film is slightly over two hours but could certainly have been shorter, and it’s hard to find an emotional through-line here.

Of Malick’s post-hiatus films, The New World is probably the best, followed by Thin Red Line and Tree of Life, while To the Wonder, I’d say, is the worst. Knight of Cups is an improvement over that film, still probably best known as the last movie Roger Ebert ever reviewed, but not by much.