Killing in the Name Of

On “Crocodile,” from the fourth season of Black Mirror. 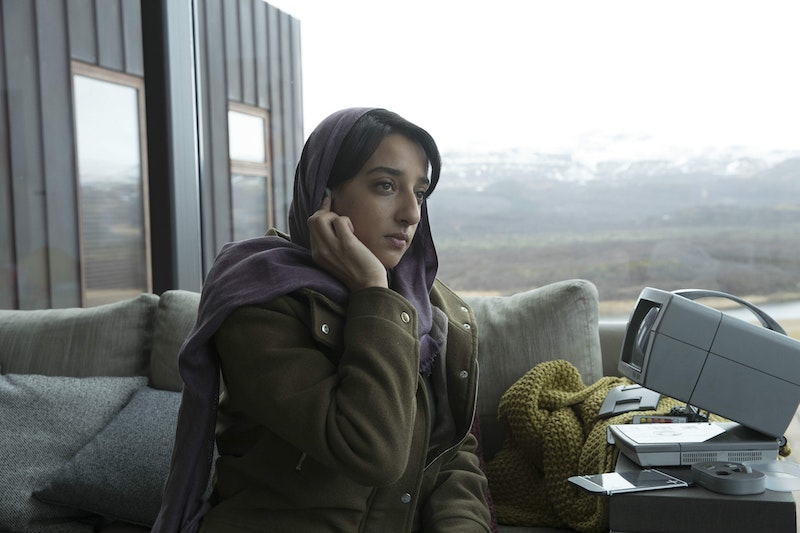 Set somewhere in Iceland, “Crocodile” very much reminded me of an entry from Krzysztof Kieślowski’s Three Colours film trilogy: the snowy expanses, the inevitable arctic wear, the breath steaming from characters’ mouths, a general air of frigidity. “Crocodile” is a Black Mirror episode one watches while wearing thermal underwear, swaddled in a Snuggie, both hands cradling a full soup bowl or coffee mug. If the underlying, Netflix-funded project this show has undertaken for itself in Seasons 3 and 4 is to stretch or vaporize the parameters of what Black Mirror can look and feel like, this bleak, frostbitten misadventure represents another good firm shove in that direction.

After an evening of hard partying, Mia (Andrea Riseborough) and Rob (Andrew Gower) hit a cyclist with their car, panic, trundle him into a sleeping bag, and heave him off a cliff. In the intervening 15 years, Mia acquires a family and a successful architectural practice; Rob’s become a cab driver. When the teetotaling Rob visits the hotel where Mia’s staying for a conference to share his plans to confess to the crime, an ancient, immoral choice gives way to a monstrousness that’s difficult to countenance. How this fateful reunion connects to the day-to-day work of friendly insurance investigator Shazia (Kiran Sonia Sawar) and the less-than-chic memory isolating/recording device she carries becomes all too clear.

The whiplashing cruelties of its lionized O.G. seven episodes notwithstanding, Black Mirror isn’t wholly about tech or twists; fans sometimes forget that at heart, Black Mirror is really about people, and the choices that tech allows or forces them to make. There’s a knowing dowdiness to Shazia’s device—remember old, miniature black-and-white television sets?—that reminded me of the one moment in Looper where the audience got to behold that film’s time machine: unimpressive, unremarkable, maybe a piece of junk. In the same sense that that might’ve represented Looper writer/director Rian Johnson’s wink to us that story and concept outweigh contrivance, “Crocodile” director John Hillcoat and writer Charlie Brooker seem to indicate that what animates this tale are those untold horrors lurking within us all.

The penultimate scene, where police dialogue confirms something unspeakable and the off-hand introduction of a pet guinea pig introduced early on suddenly becomes relevant, might be my favorite; somehow, the tone is jocular, hardened, and coal-black in the jaded tradition of “White Christmas.” You may notice the temperature in the room where you’re watching drop a few degrees.