An awards season that offers so many worthy movies and so much inane and reductive conversation. 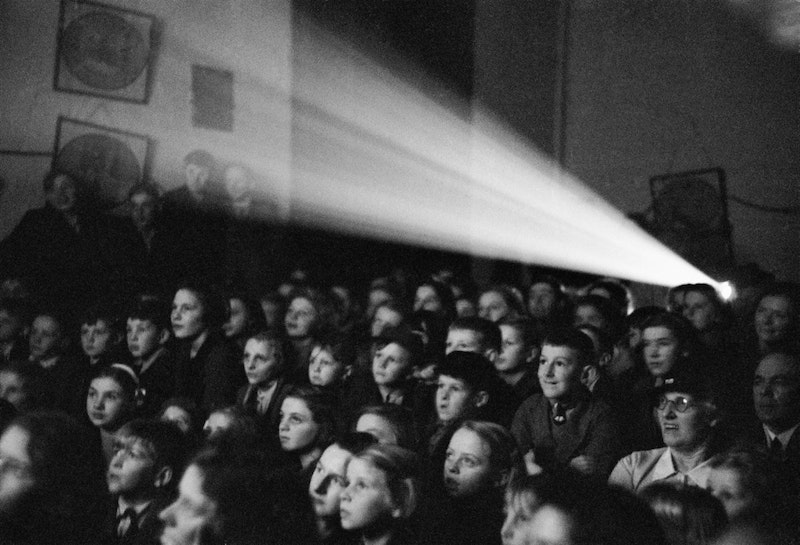 This winter, more than any I can remember, has been stellar for movie-going. Almost all of the marquee awards season films—Lady Bird; Call Me By Your Name; The Shape of Water; Phantom Thread; Three Billboards Outside Ebbing, Missouri—are compelling, socially relevant, and topical. It’s a happy accident that the downfall of Harvey Weinstein and the #MeToo movement coincided with the most progressive and organic platter of awards fodder in years: before more dull and dreary biopics about forgotten and woebegone “upstanders” could be forced into production to capitalize on the public’s sudden interest in seeing evil men suffer and the patriarchy crack and crumble. The movies I mentioned are refreshing precisely because they have a contemporary point of view without any pretensions of “serious message” movies. Flashes of familiar out-of-touch Hollywood navel-gazing in two recent failures—The Post and Darkest Hour—emphasized how successful the five films I mentioned were in being artistically valid and politically relevant with none of the seams showing.

But the obvious masterpiece of 2017 and the decade so far is Get Out, Jordan Peele’s mixed-genre social satire that came out last February and quickly became a runaway hit. I saw it opening weekend in a packed matinee in Towson, and it was probably the most exhilarating movie-going experience I’ve ever had. After the dearth of black nominees and the #OscarsSoWhite controversy two years ago, the Academy purged its rolls and ended up with a very surprising Best Picture winner last year with Moonlight, so I’m holding out hope that Get Out beats its very worthy competitors. Movies are awarded for what they represent, and there’s bound to be a lot of vote-splitting between Get Out (#BlackLivesMatter), Lady Bird (#MeToo), and Call Me By Your Name (LGBT representation). But the one that mucks it up is The Shape of Water, which is just a superb movie that manages to be a Cold War potboiler, a fantasy film, an improbable love story, a tearjerker, and expertly paced thriller. It’s a crowd-pleaser that doesn’t pander or censor itself. The frank depiction of banal sexuality was far from obscene, a nod in the right direction that the puritanical MPAA should follow.

I don’t know what to put my money on for the Oscars. I cleaned up last year because I believed in Moonlight and the unpredictability of young blood in the voting pool for the first time. Get Out is my personal choice and it’s safe to say the film that will endure as a masterpiece of its time; Lady Bird isn’t innovative or thrilling but we finally get to see a coming-of-age story written and directed by a woman that doesn’t have any awful male director stand-ins that get friend-zoned by the hot girl and have impossibly impeccable taste in music; Call Me By Your Name is great and its relative lack of strife is new for a mainstream LGBT movie (but we all know #BLM and #MeToo take precedent over cisgendered homosexuals having a nice summer romance in Italy—Moonlight had so much more baggage). I won’t reveal where my money is going because I know my brother is reading this, but there are no safe bets this year.

That said, I’ve had the bad luck of running into or overhearing a handful of particularly stupid conversations about all these movies recently. On Monday night, my friend John and I saw Phantom Thread for the second time, and besides the fucker in front of us who was on his phone for the whole second half of the movie, it was a polite and sedate crowd. Then the movie ended, and as we walked out, we heard two women talking about how they had been warned “about the domestic abuse situation, how it was handled, and, you know, agency…” We rolled our eyes on the way out, again disappointed by more people parroting talking points and buzzwords for lack of an original thought or perspective on a movie that doesn’t neatly symbolize any movement but does address our current cultural climate in its own way.

Just a few days before, I was sitting in a coffee shop and overheard a woman talking about Lady Bird: “It was just like ‘Oh my god, my life sucks because I’m middle class and I don’t get along with my mom’… I was just like so what? My life was so much harder than that. And I just can’t believe that someone as dumb as her could get into NYU.” Her meek male friend sputtered out something like, “I mean… I definitely see where you’re coming from…” before she went railroading on about The Post, which I also disliked but for different reasons: “I mean, you know, it was by Steven Spielberg, so it was like, so super dramatic and the music was so epic and I’m just like… this is about a newspaper. Get over yourselves. Like, really, who cares? And then they ended it with a shot of Watergate! It was a cliffhanger!! I wanted to see what happened!”

Another more intelligent and in-depth conversation with a friend of mine about I, Tonya and whether or not it should’ve had a trigger warning for domestic abuse contributed to a sinking feeling I’ve had about the decline of discourse on the left ever since Trump won the election: the hysterical passion and knee-jerk responses and inane childlike sensitivities are a mirror of the right-wing response to Obama’s election. A racist rapist moron being elected is as much an affront to us as a black man being elected was an affront to an unfortunately sizable segment of the American population, and as soon as November 9, 2016, when #NotMyPresident started trending, I felt we were doomed to repeat the idiocy of the last eight years on the other side, and now it’s infected our cultural conversations.

Not in my memory has an awards season offered so many worthy movies that are genuinely relevant and topical, yet the discourse is more reductive than ever, full of linguistic ciphers and forced villains (Three Billboards) in the absence of something as obviously regressive and navel-gazing as La La Land. Movies may be moving forward, but in a deep blue state (Maryland) in a deep blue city (Baltimore), so many people are still swaying side to side, repeating whatever they read on trending topics, too afraid to offer an original or opposing thought or too dumb to care.