Film Stars Don’t Die in Liverpool Is a Dud

It can’t be saved by Annette Bening’s excellent performance. C+ 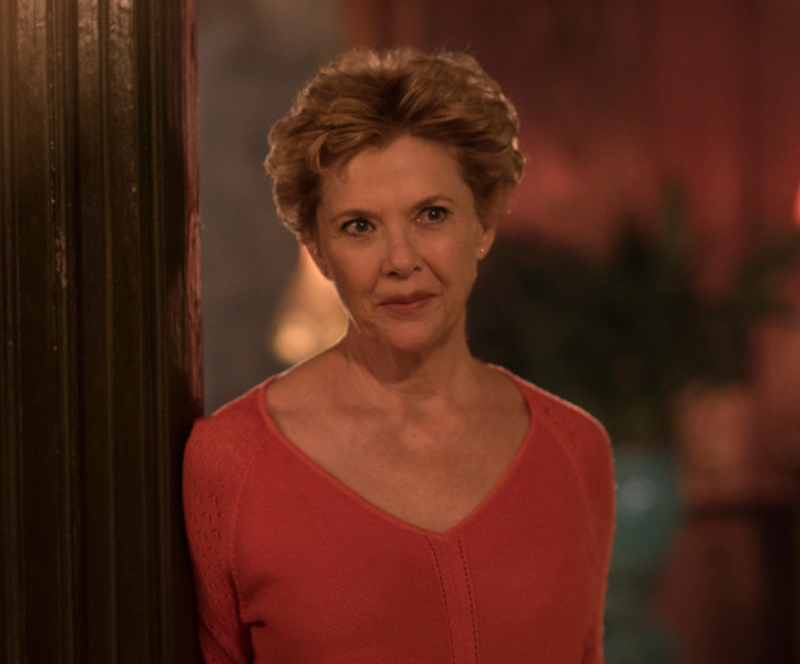 Film Stars Don’t Die in Liverpool takes the slot this year held by 20th Century Women last year—the Oscar-eligible late-January release featuring a very good Annette Bening performance and not much else. Directed by Paul McGuigan, who made the mid-aughts crime films Gangster No. 1 and the very underrated Lucky Number Slevin as well as the much-maligned 2015 Victor Frankenstein, Film Stars Don’t Die in Liverpool stars Bening as Gloria Grahame, the American movie star of the 1940s and '50s.

Grahame lived an unbelievably colorful life, and her fourth husband was the son of her first husband, Rebel Without a Cause director Nicholas Ray. It’s weird, scandalous, old-Hollywood stuff, which could easily have been the subject of its own movie. Yet for some reason Film Stars Don’t Die in Liverpool isn’t about any of that, but it instead focuses on Grahame’s final days. Secretly dying of cancer in the late-1970s, Grahame travelled to Liverpool to perform in a play and reunite with her much-younger former lover Peter Turner (Jamie Bell), along with his working class family. The film, based on Turner’s memoir, is similar to the 1994 drama Cobb, which instead of focusing on Ty Cobb’s baseball career, set the story on Cobb as an old man, fighting with a biographer.

Bening is wonderful here, believable both as a faded screen queen and as someone who’s dying and doesn’t want to tell anyone. It continues a fine run of recent roles. The film never landed on the Oscar radar, but she’s without a doubt the best thing about it. The film has some timely things to say about the way the movie industry spits out actresses at the first hint of controversy and/or aging, and there’s a great scene of Grahame’s family (including Vanessa Redgrave) confronting her about her past scandal. But the central love story isn’t particularly effective, due mostly to poor chemistry between Bening and Bell; their interaction only has one really strong scene, in which the same conversation is relayed, two different times, from each of their points of view.

The biggest problem is a lack of any overarching reason why this was the story to tell about Grahame, other than there having been a memoir written about that story. There were other movies in 2016 that were set amid the glamour and scandal of old Hollywood—Hail, Caesar, Café Society, and Rules Don’t Apply, which was directed by Bening’s husband Warren Beatty and featured her in a small role. I’d love to see someone attempt that sort of film about Gloria Grahame’s young life, because it would probably make a better film than Film Stars Don’t Die in Liverpool.

Proud Mary Deserved More Than a Burial. B

The new crime film Proud Mary has mostly drawn attention for the manner in which it was buried by its studio, Sony/Screen Gems: a mid-January release, with little promotion, no press screenings and even reports of cancelled showings on its opening Friday night. This despite the presence in a starring role of Taraji P. Henson, the star of the mega-popular TV series Empire, of last year’s Oscar-nominated Hidden Figures, and three more films this year.

The film, starring Henson as a stylish hitwoman who takes in a young boy amid a mob war, isn’t anything special or groundbreaking, but it’s watchable, competent and at times exciting. Henson plays Mary, a prolific assassin for a Boston criminal organization led by Danny Glover’s Benny. Living in an expansive loft apartment that’s the most desirable living space I’ve seen in a movie in some time, Mary chooses to take in a 12-year-old boy named Danny (Jahi Di'Allo Winston).

Danny, an orphan just as Mary once was, works for a rival gangster known as “Uncle” (Xander Berkeley), leading to a protracted series of gun battles between the crews. The film, from London Has Fallen director Babak Najafi, handles the action competently but not especially groundbreaking, although he does make fine use of Boston locations. It’s the charisma and presence of Henson that keeps the film going for its entire 90-minute running time.

A Blaxploitation homage in its posters and opening credits—but not really any other aspect—the film settles into a fairly standard gangster film plot, with the exception of the orphan-kid angle, which is at times affecting. There’re also multiple uses of the title song, mostly in its Tina Turner version; John Fogarty, who wrote the song, is said to be unhappy that it was used without his permission.

Proud Mary isn’t anything great, but it’s certainly no worse than the typical Liam Neeson January action blowout. It certainly deserves better than a burial.