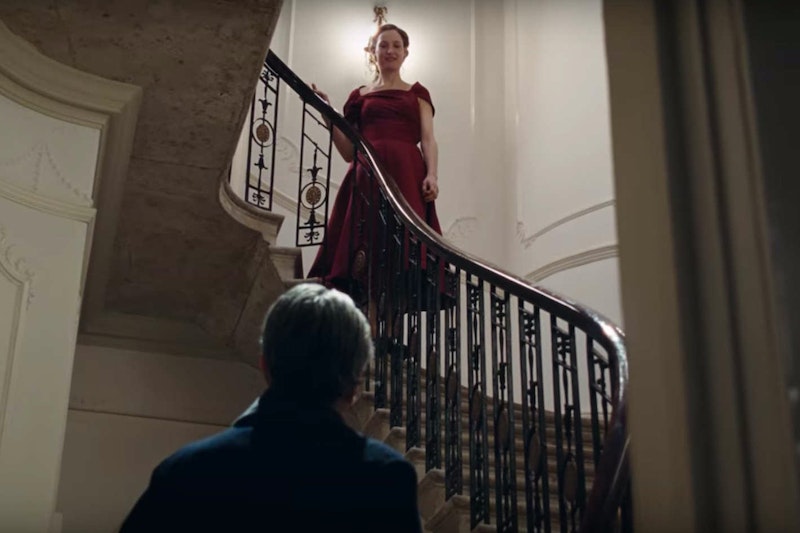 Daniel Day-Lewis… it’s a bit much, isn’t it? Living in a bush for The Last of the Mohicans? Spoon-fed and carried onto the set for My Left Foot? Apprenticing for a year as a cobbler in Italy? That wasn’t even for a role. Insisting that he be addressed as “Mr. Lincoln” on the set of Steven Spielberg’s 2012 biopic about one of the most revered men in history? "He's so method, it takes him three years to prepare for a role.” Great. He’s made three films in the last decade: Paul Thomas Anderson’s There Will Be Blood in 2007, Lincoln in 2012, and now Phantom Thread, Anderson’s seventh film and second collaboration with Mr. Lincoln, I mean Daniel Day-Lewis.

Anderson told The New York Times that he’s been trying not to think about the possibility that he may never get to work with method man again. Then a pause. “‘[Expletive]. I don’t know,’ Mr. Anderson added finally. ‘He’s just a giant.’” Day-Lewis’ decision to retire at 60 with a comparatively thin body of work just seems obnoxious—I hope he breaks that vow.

But he loved sewing and making dresses on and off the set during production of Phantom Thread that he’s apparently taking that up fulltime. Well, fine, fuck off I guess. Phantom Thread is a sneaky comedy, without the grand stakes or historical import of Day-Lewis’ previous two films. He plays a renowned London designer in the 1950s named Reynolds Woodcock, and most of the movie is him flirting or arguing with his muse Alma (Vicky Krieps). This isn’t a biopic and it’s hardly a period piece either: we spend very little time outside of Woodcock manor, which Reynolds shares with his sister Cyril (Lesley Manville). Cyril is an echo of the overbearing and jealous female caretaker in Hitchcock’s Rebecca, but there are no house fires, cover-ups or clandestine killings in Phantom Thread. No, in the end, this tweet I saw in October proved to be more spot on than anything else I’ve read about the movie: “I keep hearing that the Paul Thomas Anderson/Daniel Day-Lewis movie is sort of an art-house FIFTY SHADES OF GREY…”

Yes, his tastes are unconventional, and though much has been made of the film’s final 15 minutes, I found it oddly reassuring and sweet, if a bit scary. Love wins, I guess. Splice Today contributor Noah Berlatsky asserted that Phantom Thread is simply yet another exercise in stroking the already over chafed toxic male ego: “I've seen some discussion of how Phantom Thread is about toxic masculinity I guess...and to some degree it critiques that. But ultimately it loves its abusive obsessive protagonist, and you are supposed to love him too.” Writing for Playboy, Berlatsky says, “The problem, though, is that, despite the film’s efforts to make Alma into a worthy adversary, their relationship is still entirely about the great artist Reynolds.” I don’t agree: by the end of the film, it’s clear that the Woodcock brand is going out of vogue (Reynolds can’t stand the new buzzword “chic”), and I’d argue the position Alma ends up in is a humiliating condemnation and partial castration of Reynolds.

It’s twisted, but they’re both in love, and happy with their very unique situation. Reynolds’ need for a mother figure is so severe that he consents to regularly poisoning by Alma, who revels in the authority and control this gives her in the context of the relationship. If anything, I’d argue that the twist in Phantom Thread is a jab at toxic masculinity and the cult of personality that surrounds powerful men like Reynolds Woodcock. He’s a baby. Whether or not we meet Alma’s parents or family is irrelevant in my opinion—she’s not arm candy, but she’s also not an easily dismissed shrew or even a Lady Macbeth shadow ruler.

In the end, Phantom Thread asks us to accept Reynolds and Alma as they are. It’s open to interpretation who has more power in the relationship, who has the upper hand, but Alma is far from some sorry stricken muse or abused debris cast off the shoulders of “great male giants.” Cyril Woodcock is equally empowered and shown to be smarter and more cunning than her brooding brother, so often taking care of business while others are indisposed.

Phantom Thread is Anderson’s most subtle movie yet, and a very peculiar love story even compared to Punch Drunk-Love, and in the #MeToo era, it sticks an impressive and darkly funny landing. Easy interpretation or condemnation is not possible here.