It Chapter Two is sluggish and overlong compared to its stellar predecessor. B- 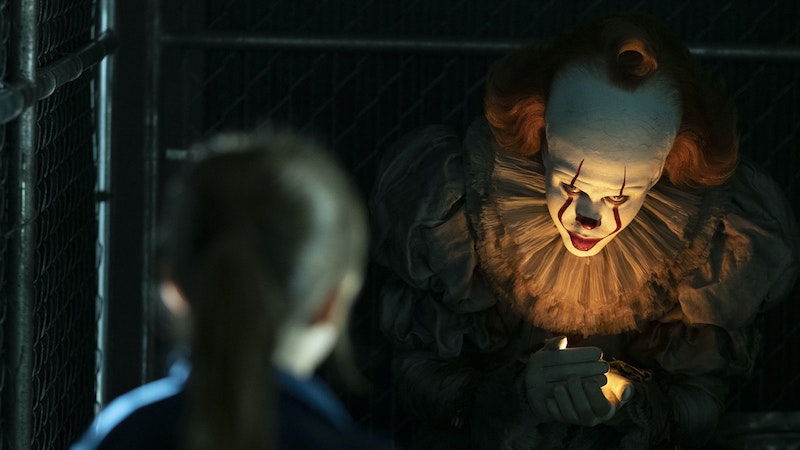 Two years ago, this week, the long-gestating movie adaptation of Stephen King's It—or rather, the first half of it—became a massive hit. The film, which went through at least three directors before landing on the mostly-unknown Andy Muschietti, hit on the masterstroke of setting the 1950s-set book in the 1980s.

This allowed It to function as an homage to Stand By Me, which was also adapted from King's work, and to The Goonies, E.T., and other similar movies of that era. It capitalized on the popularity of Netflix's Stranger Things, which was one long tribute to those same movies. That film did an outstanding job casting its young leads.

Now, Muschietti has returned for the second half of the kids-vs.-killer-clown saga, focusing on the "Losers Club" as adults in the present day. The film, written by Conjuring series veteran Gary Dauberman, has its moments, including an especially strong section in the middle third, but it's so uneven that it comes down as inferior to both the 2017 film, and the earlier 1990 mini-series adaptation.

It Chapter Two begins with Mike (played as an adult by former Old Spice pitchman Isaiah Mustafa) summoning his old friends back to the Maine town of Derry in anticipation of the return of the evil demonic presence that's played in its most frequent form by scary clown Pennywise (Bill Skarsgård.) As with the first film, It Chapter Two appears to be set in a world in which there's no law enforcement or news media, and a large concentration of murders of children in a small town draws no attention.

The adult versions of the characters are played by the likes of Bill Hader, James McAvoy, Jessica Chastain and Andy Bean, but we also get some flashbacks to the characters as kids, featuring the younger actors.

The film gets off to a slow start, but hits its stride in the middle third, in a series of sequences in which the characters confront It alone. The best scene in the second movie is set in the same room as the best scene in the first one. As for the ending, it's satisfying, even if unusually slow in coming.

The MVP of It Chapter Two is Bill Hader, who in HBO's Barry and in a handful of movie roles has emerged as a talent far beyond what he showed on Saturday Night Live. Chastain isn't far behind, delivering a performance the equal to that of Sophia Lillis, who played the younger version of the same part.

As for the scariness factor, it's up there with that of the 2017 film, whether your greatest fears are represented by buried childhood trauma, unnatural-looking insects, or old-fashioned scary clowns. But there's a lot that doesn't work. The film is way too long, at 170 minutes, to the point where a callback at the end to a character's writer's block was almost lost on me because over two hours had passed since it was last referenced. The two movies, together, are actually longer than the four-hour mini-series.

Muschietti's direction, so assured in the previous film, is less impressive this time, thanks to sluggish pacing and action sequences plagued by shaky cam and near-constant flashing lights. Meanwhile, strangely, the movie begins with a horrific gay-bashing incident, and none of the characters involved on either side of it are ever mentioned or referred to again.

The performances by the adult actors are also uneven, with neither James McAvoy nor James Ransone making much of an impression. Plus, Generic Handsome Actor Jay Ryan whiffs in the pivotal role of Ben, which was so memorably played by John Ritter in the 1990 version. With the exception of Hader and Chastain, just about everything with the kids is better than the scenes with the adults.

There are also near-endless homages and in-jokes referencing Stephen King novels and the resulting movie adaptations. King himself appears in a cameo, which I'm convinced was included only to make clear that the author approves of this adaptation in a way that he hasn't always with movie versions of his work.