On Krisha and Midnight Special. 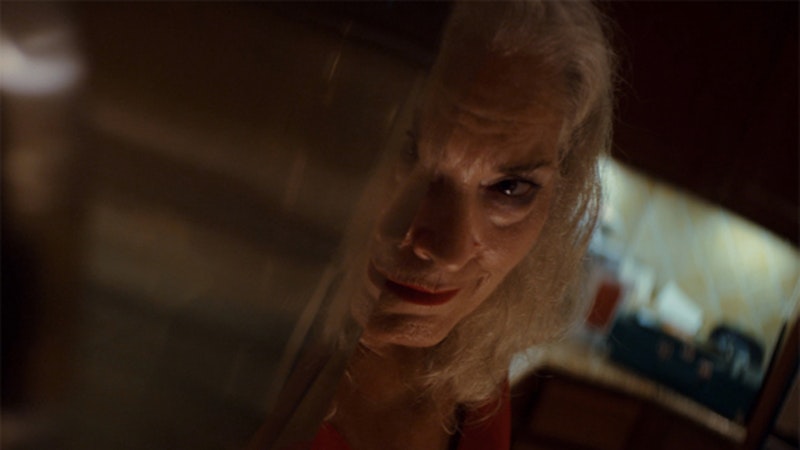 Krisha is something we see several times each year: an indie film with an intriguing backstory. However, unlike most films in that category, it stands on its own as a truly great movie, one of the most powerful of the year. Written and directed by first-timer Trey Edward Shults and adapted from an earlier short film, Krisha mostly stars non-professional actors who are the director’s family members, and it was filmed in the director’s parents’ house. But despite the limitations, this is an inventive and beautiful film that announces the rival of a major filmmaker.

Krisha Fairchild, Shults’ aunt and an actress with a long but mostly obscure IMDB resume, plays the title role. Introduced nervously pushing a suitcase towards an unfamiliar house, Krisha is a 60-ish woman who, we quickly discover, is spending the Thanksgiving holiday with her extended family following an extended period of estrangement. After awhile, we realize her alcoholism is the reason why.

This film accomplishes several things. It tells a powerful story on its own merits, without feeling like a disease-of-the-week or the many other alcoholism or family-dysfunction narratives we’ve seen before. It has empathy for its lead character, while not soft-pedaling the damage she’s done. It never feels cheap or low-rent. And even though this is a serious and sad film, there’s room for a bit of joy and even humor.

Shults’ direction is first-rate, making good use of locations he likely knows well, while also employing a bonkers, counterintuitive score by Brian McOmber. Krisha Fairchild, meanwhile, is a revelation in the title role; the film begins and ends with close-ups of her face, and in between is one of the year’s most heartbreaking performances. Other cast standouts include Robyn Fairchild (Krisha’s real-life sister) and Bill Wise. Those who have dealt with a family member’s addiction will find a lot familiar here. But so will those who have simply spent a holiday with family with a sprawling house, complete with awkward conversations and young cousins sneaking off to watch porn.

Director Jeff Nichols, not yet 40, has emerged in recent years as one of the more eclectic voices in American filmmaking, most notably with Take Shelter and Mud. Now, he’s returned with Midnight Special, a film that touches on some of the same themes while adding supernatural elements. The film has its moments, but ultimately it’s uneven.

Midnight Special centers around eight-year-old Alton (Jaeden Lieberher), who possesses supernatural powers, and finds himself sought after by his biological father (Michael Shannon), the church/cult that adopted him (led by Sam Shepard) and the government (in the person of federal agent Adam Driver.) The majority of the running time is a chase/road movie, with Shannon and his best friend (Joel Edgerton) taking Alton on the road, to get him away from the cult. There’s some drama, which is well-shot, although the special effects are sort of goofy. If nothing else, Midnight Special is a film that makes audiences sympathize with people who have had an Amber Alert called on them.

Jeff Nichols has made better films than Midnight Special, and likely will again.