A Ride Down Cinema’s Lost Highway

The life of Hank Williams is ill-served by I Saw the Light. 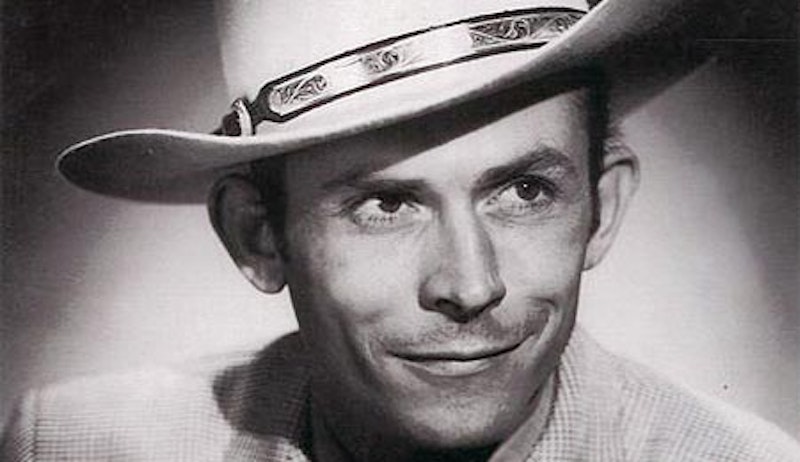 Right from the git-go, my mind was wandering during the muddled, laconic, and weirdly glitzy I Saw the Light, the piss-poor biopic of American music legend Hank Williams, a two-hour snooze that’s racked up derisive film reviews across the board. Tom Hiddleston, the fine British actor, is miscast by director Marc Abraham for the role of Williams: he’s tall and rail-thin, but is older (35, and has more hair) than the country singer who died in 1953 at 29 of substance abuse complications in the back of a car. When Hiddleston opens the movie with a rendition of “Cold, Cold Heart,” I knew this film would drag: his voice sounds more like a Borscht Belt/Vegas lounge performer than Williams. Abraham would’ve been better served by finding an actual country singer—one who’s the approximate age of the Williams depicted—a guy who could pull off the sound. As Manohla Dargis wrote in The New York Times: “Mr. Abraham focuses on the greatest hits and private headlines, narrowing in on Hank’s stormy first marriage to Audrey (Elizabeth Olsen), a beauty with a flat voice whose great passion seems to have been a misplaced belief in her own vocal talent.”

I Saw the Light does have the slight depth of a People magazine story—concentrating on William’s romantic brushfires, alcoholism, hair-trigger temper, and along the way, some of the songs that made his six-year run in the late-1940s and early-50s so influential. And so I tuned out and thought back to when I was introduced to the startling and powerful music that Williams produced. The first inklings came with The Byrds’ Sweetheart of the Rodeo (1968) and the Flying Burrito Brothers’ classic Gilded Palace of Sin (1969); I’d read about Gram Parsons’—the force behind both records—love of the country tunes he listened to as a Southern kid in the 50s. I bought a few country records, mostly in the discount bins, and liked the sound, but it was really Peter Bogdanovich’s 1971 The Last Picture Show that cemented my lifelong appreciation of a part of Americana—Williams, Hank Snow, Ray Price, etc.—that’s still often dismissed by sophisticates on the East Coast.

The Last Picture Show—the soundtrack of which is dominated by Williams’ songs, some famous, some relatively obscure—was the first film at that point in my life (I was 16) that left me almost shuddering upon exiting the theater in Huntington, New York, dazed and confused at what I’d just seen. The small Texas town, all tumbleweeds, football, sexual fumbling and unbearable sadness—you knew most of these teenage characters would sleepwalk through life—was as foreign to me as Shanghai. (Not that I’d traveled much at that point: never south of Maryland, and aside from a short trip to Chicago, never west of Philly.) I walked around town for a couple of hours after the film trying, without much success, to process the film: it wasn’t teenage angst or ennui, none of that Iowa Writer’s Workshop crap, but sheer befuddlement. The scene where Sonny (Timothy Bottoms) is quietly but emphatically banned from the town’s one movie theater and pool hall by Sam the Lion (Ben Johnson) is heartbreaking, for both the characters. And Cloris Leachman’s portrayal of middle-aged Ruth Popper, the given-up-on-life wife of the high school’s coach is brilliant: she has an improbable affair with Sonny, who naturally dumps her without a word for his gorgeous classmate Jacy (Cybill Shepherd), a twist that goes nowhere fast.

This was serious adult life, I figured, and while I loved films like Midnight Cowboy and Easy Rider, set in the present, The Last Picture Show rattled me. And throughout the film, Williams songs like “Hey, Good Lookin’,” “Half As Much,” “Why Don’t You Love Me (Like You Used to Do),” “Lovesick Blues,” and “Kaw-Liga,” among others, warbled and yodeled in the background, lending an even more melancholy air to the film.

I’d never seen anything like it—although it certainly didn’t change my life, as some claim about films—and never heard a soundtrack that was so perfect for the story, which was set in 1951, when Williams was still alive and constantly on the radio. That’s another wrong note that I Saw the Light plays: Williams was a hilarious advertising huckster for WSM radio’s “Mother’s Best Flour” show, riffing with the host in between songs, and beseeching his church-going audience to live a clean life.

A couple of years later, during freshman year at college, my roommate was from Houston and, also affected by The Last Picture Show—confirming the bleak depiction of small Texas towns—he further schooled me about that region’s music, most notably Bob Wills, the younger Willie Nelson and Doug Sahm.

Bogdanovich’s best film tells you a lot more about Williams than the disappointing I Saw the Light.