Was Kant the most evil man in history? 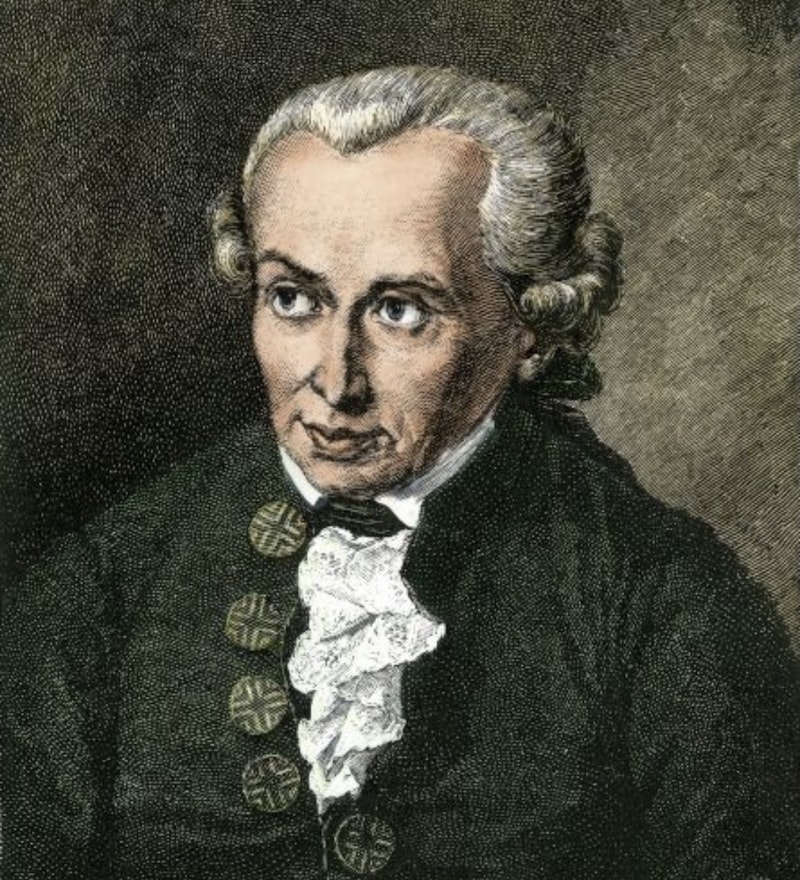 “Ideas have consequences” is a maxim one hears in conservative intellectual circles. It was the title of a 1948 book by Richard Weaver. In the 1990s, I was a regular freelance writer for Insight on the News, a now-all-but-forgotten conservative magazine, where I first came into contact with Weaver’s contention that the ills of the world derived from long-dead philosophers, starting with William of Ockham. Weaver was long-dead by the time I was reading this, but if I recall correctly, Insight ran an essay under his byline without making that clear.

A Washington Post column by Marc Thiessen has caused a stir by blaming critical race theory on Immanuel Kant, quoting Civil War historian Allen Guelzo to make that case. It wasn’t the first time I’d seen Kant show up in the Ockham role in a Weaver-type narrative. Ayn Rand called Kant the “most evil man in mankind’s history,” who’d undermined human reason and madeway for Marxism and Nazism. Reading that long ago, I’d no particular affinity for Kant’s philosophy—I’d learned in Scientific American that Kant’s antinomy of space didn’t anticipate non-Euclidean geometry—but this “most evil” claim struck me as severely lacking evidence. I thought the same now about CRT’s putative Kantian origin, which soon was widely criticized.

Ideas have consequences, but tracing specific things happening in the world today to particular thinkers of centuries past risks oversimplification and likely veers into obscurantism. Back at Insight, I once wrote an article about alien visitations and how interest in them had risen in the culture of the 1990s; I interviewed a space policy analyst who said this phenomenon was a repackaging of “first-century Gnosticism,” a claim I happily quoted though I suspected it was bullshit. One might wonder why a space policy analyst would be talking about Gnosticism, or why a Civil War historian would be talking about Kant. Those are good questions, and the relevance of a quoted person’s professional focus is a point that should be considered when fact-checking.

At the same time, there may be some tendency of people in, or enthused of, a particular profession to overestimate its influence. Percy Bysshe Shelley wrote that “poets are the unacknowledged legislators of the world.” John Maynard Keynes gave a similar role to the economics profession: “Practical men, who believe themselves to be quite exempt from any intellectual influences, are usually the slaves of some defunct economist.” There’ve been influential philosophers, poets and economists, but anemphasis on how a particular profession, or some of its key members, impacted history could reflect some degree of disciplinary chauvinism.

I was an economics and history major. Philosophy, for me, was a subject tinged with anxiety before and during college; not something I was willing to make my main focus. I’ve always had a love of esoteric topics, though, and over the years I veered into science journalism because of interests in physics, astronomy and biology that arose, in major part, from philosophical preoccupations. I still think it’s good to have a double major, or a major and a minor, since numerous topics don’t fit neatly into one discipline.

Unfortunately, the esoteric can also be deployed as a tool of distraction. If someone says some deep-rooted problem of current society has occurred because of the thinking of William of Ockham or Immanuel Kant, keep in mind the possibility that they’re changing the subject from the matter at hand, or perhaps from some other figure, such as an ex-president they support who tried to overturn an election.