I Feel Myself Changing

A look at Dario Argento’s The Stendhal Syndrome (1996). 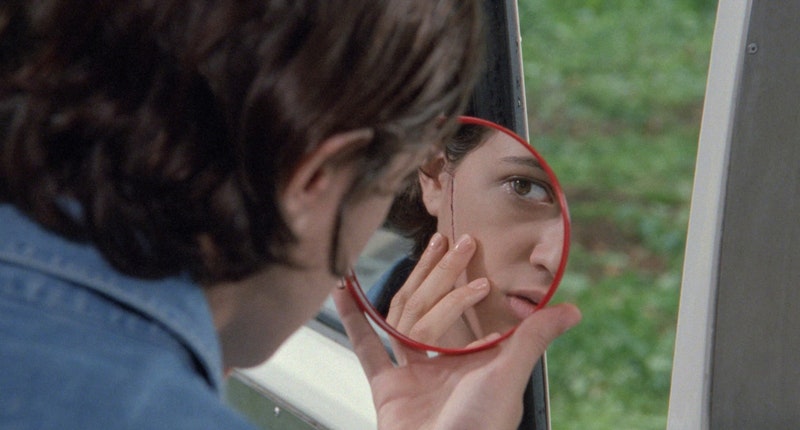 The film’s based on the debated psychosomatic disorder Stendhal Syndrome. The Italian psychiatrist Graziella Magherini introduced the term in her book by the same name in 1979. Stendhal Syndrome causes rapid heartbeat, dizziness, fainting, confusion, and hallucinations when an individual is exposed to art of great personal significance. Although Stendhal Syndrome is not recognized by the DSM, its effects are serious enough to cause hospitalization. Anna is a detective looking for a serial rapist in Florence, a city overflowing with art, when she experiences Stendhal Syndrome.

Dario Argento experienced Stendhal Syndrome as a child. Alan Jones explains in his biography of Argento: “While touring Athens with his parents, young Dario was climbing the steps of the Parthenon when he was overcome by a trance that caused him to become lost from his parents for hours. The experience was so strong that Argento never forgot it; he immediately thought of it when he came across Graziella Magherini’s book about it, which would become the basis of the film.” Argento saw the part of Anna as a reflection of himself wrestling with overwhelming emotions in reaction to art. The Stendhal Syndrome is his attempt to make a viciously personal work of art with the power to completely overwhelm people. He uses his daughter as a stand-in for himself. He’s recreating his own experience with the syndrome while grappling with the confusing identity of a victim.

The film explores how both the Stendhal Syndrome and survivor PTSD create a disconnect between body, mind, and reality. An intense reaction to art leading to Stendhal Syndrome gets deep beneath an unconscious sea of repressed trauma. Victimhood is the loss of bodily autonomy and the fight to regain it. In both cases, the affected lose control of the way they perceive the world around them and their sense of belonging. As Anna becomes disoriented, she falls victim to the serial rapist she’s been tracking down. This only makes the syndrome worse. She loses all sense of self. She’s disoriented by her own identity: She’s the police, she’s the victim, she’s the revenge heroine, she’s the monster. Her perception blends with the surrounding art and overwhelms her better judgment. Existing in a world with so many threats, victims of gender-based trauma in particular struggle with what role they are supposed to play. Like many survivors dealing with the grief of losing one’s old self, Anna asks, “Where do I go from here?”