Operation Curveball is compelling and infuriating story from the Iraq War. B- 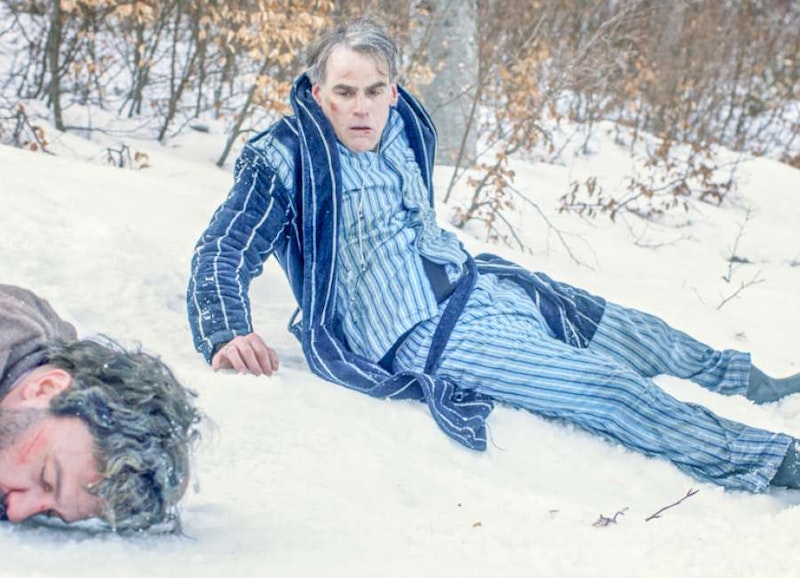 In the voluminous criticism of the Iraq War, quick mention has been made of "Curveball," an informant who claimed first-hand knowledge of Saddam Hussein's supposedly ongoing chemical weapons programs. Information from Curveball was used to make the case for war—most notably in Colin Powell's testimony before the United Nations—even though there was reason to believe he was a fabulist.

A new movie, Operation Curveball: A True Story, Unfortunately…, tells the story of that liar. Operation Curveball lands in theaters and on VOD this week. It's a mostly compelling and often infuriating telling of the tale, although it makes a strange choice in centering not on Curveball himself but a group of German officials. Also, it plays at times like In the Loop, without the laughs.

Curveball's real name was Rafid Ahmed Alwan al-Janabi. Born in Iraq, he fled to Germany in the late-1990s, claiming he had special knowledge about Saddam's weapons programs, and for that reason his life was in danger from Saddam's men. Investigators determined, relatively easily, that he was full of shit about the WMD, and was just trying to strengthen his asylum claim. Instead, his claims worked their way up the chain, eventually used to justify a calamitous, decade-long war.

While it's mostly in English, the Curveball movie tells the story from a German perspective, coming from German director Johannes Naber, and looking at the culpability of the German government in the war that followed (even though Germany, like France, refused to participate in the war itself, a decision that got their U.N. ambassadors dismissed as "weasels”).

The film begins its story several years before the invasion, showing how the 9/11 attacks and the subsequent turn towards Baghdad made it more of a priority for governments to find intelligence, no matter how suspect, about Saddam's WMD plans. As part of that German focus, the protagonist of the film is not Curveball but instead the fictitious Dr. Arndt Wolf (Sebastian Blomberg), who’s a familiar character type, the guy who was right and should’ve been listened to. He's also having an affair with a CIA officer (Virginia Kull), who functions in the movie as a mustache-twirling stand-in for Bush/Cheney/general ugly Americanism. She gets one particularly silly speech that's clearly inspired by that "we create our own reality" quote.

Curveball is played by Dar Salim, a Danish actor probably most recognizable to American audiences for an extremely brief turn in the early years of Game of Thrones. I'm not sure why he's not the protagonist, as what's going on with him is more interesting than the plots of the other characters. Curveball's story was told earlier in a documentary called War of Lies, as well as in numerous journalistic accounts. But the film that I compare it most to is In The Loop, Armando Iannucci's 2009 tour de force about how a combination of mendacity, careerism, and cowardice, on behalf of a great many people on both sides of the Anglo-American alliance, brought about the disastrous Iraq War.