Duel to the Death

The Last Duel is a great feminist revionist medieval epic by Ridley Scott. A- 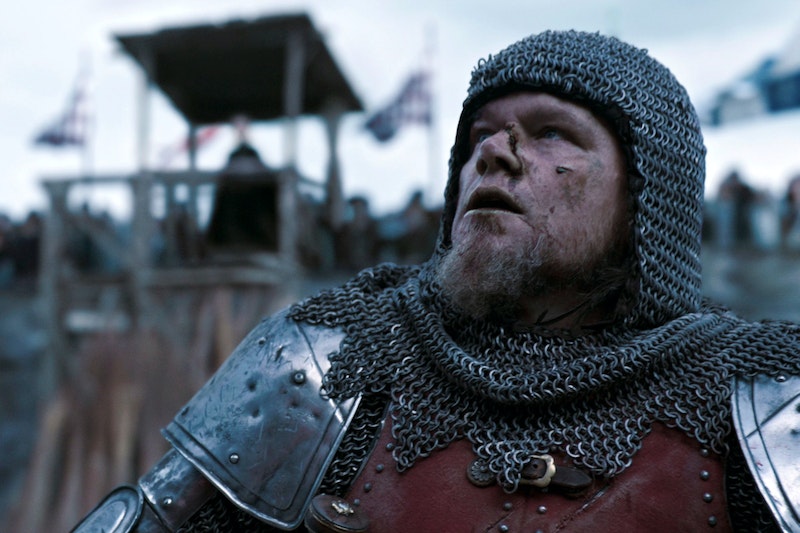 The Last Duel is a feminist revisionist medieval epic, which takes a Rashomon-like approach to a series of real-life 14th-century events that are famous in France but more obscure in most of the world. The film, directed by Ridley Scott and adapted by Eric Jager's non-fiction book called The Last Duel: A True Story of Trial by Combat in Medieval France, raises some provocative questions about gender roles and honor, and takes a large sword to traditional notions of both. If this movie had been made five or 10 years ago, chances are its focus would’ve been completely different.

The Last Duel leads up to the duel between the two men, but on the way it takes on a Rashomon-style structure We see Carrouges' version of the events, then Le Gris', and finally Marguerite's. Unlike most films that use this gimmick, the changes are subtle, differences of degree and not kind. The camera angles also change from chapter to chapter.

Eventually we catch on to what the film is doing, giving a feminist spin to a classic story that the French have argued about for centuries. The story starts out hinting at the sexism angle, before doing a lot more than hinting. A trial scene, near the end, looks like something that might’ve happened on The Handmaid's Tale. Which is ironic. Because when The Last Duel was first announced in mid-2019, the concept was trashed, occasioning headlines like "Critics Slam Damon & Affleck’s Tone-Deaf New Script Centered On Sexual Assault." The idea was that the two actors were making a film centered on a man’s heroic vengeance of his wife’s sexual assault. The actual film, however, is the opposite of what its critics claimed.

Affleck and Damon co-wrote the film, along with Nicole Holofcener; it’s the two actors' first time credited with writing a movie together since they won an Oscar for Good Will Hunting in 1997. That movie was produced by Miramax and Harvey Weinstein; might a film like this be a form of penance for the men, both of whom of have had minor #MeToo brushes of their own? The performances are strong, with Damon capably playing a surly asshole, and Affleck having a lot of fun as the horndog count. Driver gives his usual screen persona a much darker tint, much more convincingly than he did in whatever the hell Annette was supposed to be. But Jodie Comer, best known from Killing Eve and the recent movie Free Guy, walks away with the movie in the pivotal role.

The actors' hair is worthy of its own review. Damon sports a ridiculous mullet that wouldn't have looked out of place on the 1985 New York Rangers, while Affleck has both his hair and soul patch dyed blond, and Comer in one scene wears a braid so elaborate that Meghan McCain might’ve tried it on The View. Driver wears the same hairstyle he always does.

The Last Duel is well-put-together, including beautiful vistas of what's supposed to be Normandy; the duel scene, in particular, is fantastic. It's Scott's first film since All the Money in the World four years ago, but the 83-year-old director has another movie, The House of Gucci, coming next month and is also working on a Napoleon movie and a Gladiator sequel. Not everything is perfect. The film was shot mostly in Ireland, and everything about it feels like it, even though it’s supposed to be France. Nor do of the actors speak French or attempt anything resembling a French accent.