How to Watch The Force Awakens 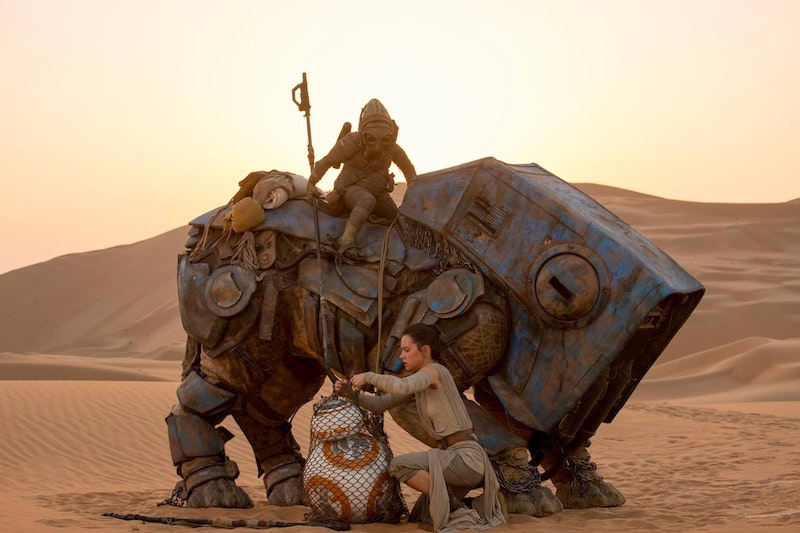 —Put on some Star Wars memorabilia. Nothing conveys enthusiasm more than sporting a t-shirt with Darth Vader’s face on it. But you don’t want to give the impression that you’re an all powerful Sith Lord, so put away the light saber.

—If you’re a relaxed kind of fan, that’s okay, but practice your Wookie impressions. Walk around like C3PO as you try and find a place to sit in the theater. Produce a high-pitched whistle like R2D2 when you find the perfect place to sit.

—After you’ve sat down, aggressively grip onto the arm rests to keep from shaking too much as you’re finally introduced to the giant wall of familiar yellow text slowly crawling along the length of the screen. Immediately become impatient when you remember just how slow the text moves.

—The Force is within you, but not strong enough to resist the range of emotions you’ll be experiencing throughout the film. Become comfortable with the idea that you’ll inevitably be charmed by Poe Dameron’s sense of humor. Accept the fact that Finn’s newfound freedom and naïveté is a delight. Reach in and pull out the joy that is watching Rey kick the shit out of baddies and taking control of almost every situation.

—Inevitably, you’ll be upset, frustrated, surprised, and angry. Resist the temptation to pull a Kylo Ren-sized temper tantrum and put down your hand.

—You’re going to cry. It might help to take down that Jedi hood and use the sleeves of your robe to wipe away the tears. Even the strongest Jedi are allowed to show some emotion.

—Throw your hands into the air as the movie leaves off on a cliff-hanger. Now bring those arms down and start clapping, because the movie was so good. Reminiscent of A New Hope, but still worth the Imperial Credit that you spent to experience it. All that’s left to do is figure out where you parked the Millennium Falcon.