Many movies open on or around Christmas. Some are better than others. 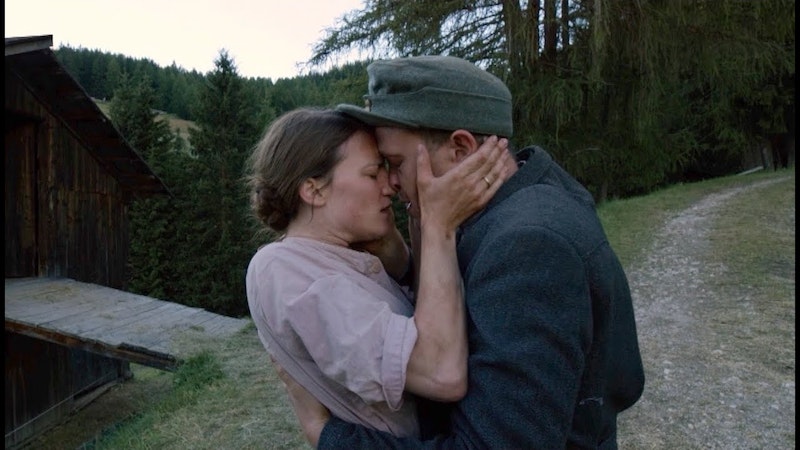 I'd have liked 1917 more if it were exactly what it pretends to be. Directed by Sam Mendes, it's a World War I movie that's structured kind of like Saving Private Ryan: Two soldiers, prior to a major battle, have to travel a long distance to pass on a message to a general that they must call off the attack—and that doing so will save the life of hundreds of soldiers, one of whom is the brother of one of the two soldiers. Not that the cinematography, by the great Roger Deakins, isn't impressive. But eventually it's just a gimmick.

—Spies in Disguise. B

James Bond parodies are done to death at this point—even one of the Pixar Cars movies attempted one—but here's a film that actually has some fun with 007-style spy movie conventions. Directed by Nick Bruno and Troy Quane, Spies in Disguise is a cartoon, from Blue Sky Studios, that supposes what would happen if Q accidentally turned James Bond into a pigeon.

Will Smith voices Lance Sterling, a Bond-like secret agent who's animated to look just like Smith. Spider-man star Tom Holland voices Walter, a gadget-making science nerd who tries to help Sterling out, but unwittingly transforms him into a bird.

The plot is wispy, the villain (voiced by Ben Mendelsohn) not that compelling, and the agency's boss is incongruously voiced by Reba McEntire. But Spies still finds a creative way to play with such hyper-masculine genre tropes. I hope this type of project from Blue Sky Studios doesn't fall by the wayside, now that it's become Disney's third-string animation studio.

Good movies, Roger Ebert once wrote, rarely contain a hot air balloon. Another thing that good movies rarely contain is actor Eddie Redmayne, as much of a bad film perennial as any performer working today. The Aeronauts has both, and it's not a good movie. Now streaming on Amazon, The Aeronauts stars Redmayne as real-life 19th-century balloon aviator James Glaisher, who is shown seeking to break the world altitude record along with Amelia Wren (Felicity Jones.) Amelia's story, which includes a dead husband in the past, is much more compelling than Glaisher's, which may have something to do with her being fictitious. We're supposed to be fascinated by their quest to break the record, but by the end I was practically rooting for them both to fall off.

This was a really good idea for a movie, at least. In Seberg, Kristen Stewart plays Jean Seberg, the blonde American actress who in the late-1960s became a big star in the French New Wave cinema, while at the same time getting involved in leftist politics in the United States. Last year, her story was the subject of a fascinating season of Karina Longworth's great podcast "You Must Remember This."

The film, from Australian director Benedict Andrews, isn't a full-on biopic, but rather focuses on Seberg's support of (and affair with) Black Power activist Hakim Jamal (Anthony Mackie.) This leads to FBI surveillance on her, as part of the COINTELPRO program.

Seberg's part of the plot is compelling, especially as it veers towards tragedy, and Stewart delivers another superb performance. But the film slides when it starts to focus on an FBI agent (Jack O'Connell) and his crisis of conscience at having to cross ethical lines in surveilling Seberg. That’s not based on truth, and it's not nearly as interesting a story as that of the actress.

Terrence Malick used to make movies rarely, and they were always good. Now he makes them constantly, and they aren't usually so good. A Hidden Life, his latest, isn't bad in the way that To The Wonder or Knight of Cups or Song to Songs were. There's not much meditative voiceover or women twirling in fields.

A Hidden Life is much more ambitious and laden with gravitas, but it's also boring, if well-intentioned. The film is based on the true story of Franz Jägerstätter (August Diehl), an Austrian Catholic farmer who refused to fight for the Nazis in World War II and was first ostracized, and eventually executed. It's a story worth telling, but Malick’s three-hour film is slow and long-winded. It does feature the final performances by actors Bruno Ganz and Michael Nyqvist.