"Every picture is of you when you were younger.” And every movie is about someone who no longer exists. 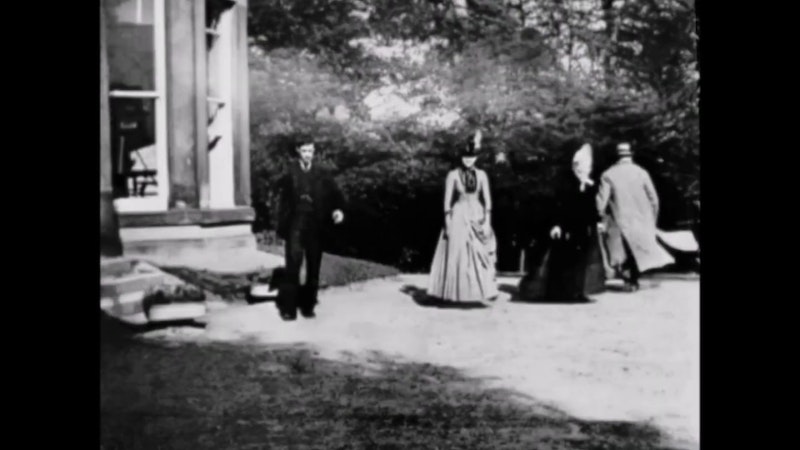 Film has always had a half-hidden association with death. Even Louis Le Prince’s 1888 Roundhay Garden Scene, the oldest known surviving motion picture, feels like an illicit glimpse into the world of the dead. It’s just a couple seconds long, so we’re only offered a brief glance at what looks to be a kind of boring gathering of Victorian-era wealthy in a sunny garden, but what stands out the most is that this is something that has already happened and is gone forever. Everyone we see, including the person behind the camera, is dead. Roundhay Garden Scene, like all film, can’t help but betray its connection to ephemera by virtue of the nature of the medium itself. I’m reminded of a joke from the late standup comedian Mitch Hedberg: “My friend showed me a photo and said ‘Here's a picture of me when I was younger’. Every picture is of you when you were younger.” And every movie is about someone who no longer exists.

The metaphysics of the void aside, film has other, more literal, associations with death. James Dean’s corpse. JFK in Dallas. The Zapruder Film locked in a Life magazine vault. Snuff films. Secret erotica filmed in Hitler’s bunker days before his suicide. The hanging in the back of the set in The Wizard of Oz. Canned laughter from old sitcoms of audiences who are all dead. All ghosts. A lot of these associations are mixed with doses of urban myth—no one died on the set of The Wizard of Oz —but illustrate our ongoing if sometimes suppressed affiliation of cinema with death. Don DeLillo says, “Film is more than the twentieth-century art. It’s another part of the twentieth-century mind. It’s the world seen from inside. We’ve come to a certain point in the history of film. If a thing can be filmed, the film is implied in the thing itself.”

The Animistic Apparatus, a research project which explores the “relationship between mediation, conceptions of life, and historical, cosmological and ecological imaginaries” suggests one possible option: screening films for spirits. Inspired in part by Thailand’s tradition of outdoor film screenings, Cold War-era projections of movies to entertain GI’s, and a local tradition of animism, the project works with locals in workshops to plan out these events. Matt Turner, writing for the British Film Institute, explains: “Ritualistic projection—when a client commissions a projectionist to screen films as an offering to the spirits of an area—is just one example of this, but exploring the tradition led Ingawanij [Animistic Apparatus’s principle organiser and co-director of University of Westminster’s Centre for Research and Education in Arts and Media (CREAM)] into thinking about questions ‘of human/non-human entanglement’ more broadly, and the role of improvisation in rituals, cinematic or otherwise. ‘It’s not a practice that’s set in stone,’ she says, talking about the projections for spirits in Thailand. You don’t go to a text and follow the instructions for this to happen.’ The content is generally unspecified, but action movies (Terminator 2: Judgement Day and Final Destination 3 being the examples provided) are apparently popular, and the length, form and feel of the projection activity emerges out of a dialogue between the client and the contractor providing the service.”

There have also been various experiments staged in Europe, including inside of a 300-year old salmon-trade facility in England. Images from the events are predictably creepy. There’s the bright glare of the screen and then total darkness. A kind of gothic chiaroscuro. I’d say it was an empty darkness, except that would run counter to the spirit of the project. There are insects, probably a few small mammals, and plants. However silly the pretensions of the project are there is something beautiful about it. Eloquent and elegiac, even. In these screenings one is finally able to apprehend the emancipatory senescence of film as a cultural event. The actors and crew, dead or dying, are finally to speak into and through the void. The medium becomes, to paraphrase Kerouac, like life itself: a dream already over.

A film made by ghosts being watched by ghosts. The afterlife of film is an alluringly strange tautology, but one that’s been anticipated. Film has been predicting its own death for years. My favorite example is Tobe Hooper’s 1982 film Poltergeist. The opening scene shows Craig T. Nelson as Steve Freeling, a cliché suburban dad, at night asleep in his recliner with the television still on. The regular programming ends with the national anthem and waving flag before cutting out to an ominous static. The youngest daughter is compelled out of bed by an unseen force, goes downstairs, and places her hands on the television, communicating to someone through it. The scene ends with her now infamous tagline “They’re here….”

Of course, this could be interpreted as a warning against the crass morality of television as a product used to sell other products, the voices from the box seducing and controlling your children. But the voices only come after the programming has ended. Carol Anne only comes downstairs during static. And the voices she speaks with aren’t advertisers or actors—they’re the dead. It’s the end of television, the end of the film that has lulled us into sleep, that brings the terror. There’s a resonance between the square shape of the static-y television and the Freeling’s half-dug but not yet-built backyard pool from which dead bodies eventually rise up. The objects we use to give ourselves the illusion of immortality, to forget things like death and our obligations to the past, are the instruments through which death and time will find us. And their existences are just as brief as ours. We’re already ghosts watching ghosts and everything is haunted.