One last look at Bergman. 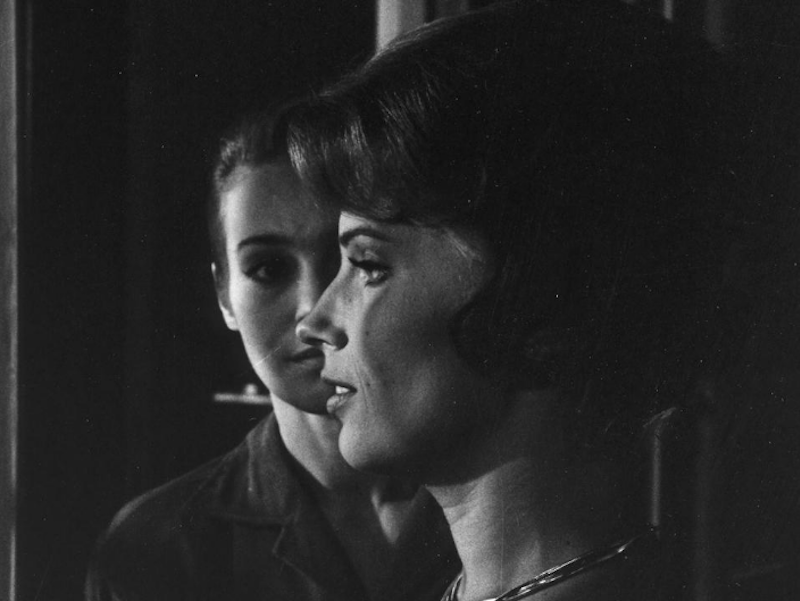 Ingmar Bergman’s The Silence (1963) is considered by many to be part of the “silence of God” trilogy but its subject matter and nature challenges that claim. Unlike Through a Glass, Darkly (1961) and Winter Light (1963), The Silence stands on its own as a rebellion against language and text (the screenplay itself), against the director’s capture of a character and actor, and against the camera lens. It’s a film that rejects any preconceived forms of the world, whether aesthetical or ethical.

Our fellow travelers in the film are two women—Anna and Ester—who’re accompanied by a young boy, Johan, Anna’s 10-year-old son. They’re traveling on a train, passing through a town and country whose customs and language they don’t speak or understand. The identity of the town is ambiguous but there’s certainty of coming war—tanks, which look like plastic toys, are passing in a procession and Johan contemplatively gazes at them.

There’s tension between Anna and Ester but it’s unclear why. The heat on the train is unbearable, and it’s exacerbating Ester’s condition—she’s coughing up blood and it doesn’t look like she’ll survive. Anna looks at Ester with disdain and purely out of obligation tries to help, but Ester violently refuses. The conflicting emotions between Anna and Ester, which are visible on the train at the beginning of the film, set the stage for an arduous journey through these unstable regions of being.

Anna is Ester’s counterpart. She’s extremely sensual. She has sex with other people or watches others have sex. She spends her hours cleaning her body, grooming herself, preparing for…? The end? End of what? End of the world? End of her own existence? Or is she already “dead” and stuck in the ambivalent paroxysms of her insatiable libido?

The sisters are in a deep resentment of each other. Ester envies Anna’s embodiment and the expression of that. We see a similar psychological pattern in, for example, Lars von Trier’s Melancholia (2011) in which older sister, Claire, jealously gazes, from a distance at the glory and rawness of younger sister Justine’s naked body. Claire resents every moment she spends watching Justine’s sensuality and yet the sensuality of the other is the breathing machine that (barely) keeps Claire alive.

Similarly, Ester knows she’ll only have a distant and cold knowledge of both physical and metaphysical eros. She’s impenetrable. As Anna gets more and more confused and disoriented metaphysically, Ester gets more and more confused and disoriented physically. Between the two women, we might be in the presence of a whole person. But even if that were true, what kind of person is this? Conflicted and unable to express anything in a coherent way. The two women are draining one another from the little life they have. Anna desperately wants to be seen as a victim and blames Ester for this condition. Even in her contra-repressive state of being, she’s barren. Her aimless emotions and towering sexualized body are repeated catalysts for more hunger and thirst. The desire to be penetrated by life itself never dies and rises anew with every breath she takes. But as soon she’s filled, she becomes empty yet again.

This is an exhausting film. The near complete lack of dialogue forces us to enter into Anna and Ester’s interior lives. What makes things difficult is the fact that we’re looking into two personae and experience anger or exasperation at the fact that we’ll never know who they are. The screen of the cinema, the transfer of image onto celluloid is just another way to realize that these human faces will remain unknown and distant.

The emptiness in the film remains and there’s no solidarity in the pain Anna and Ester are experiencing. There’s no collective suffering. The extreme individuality of each person severs any possible connections or encounters with others, and each person is silenced.