Here’s What Tarantino’s Movie Was Really About

Everything people say about it checks out. 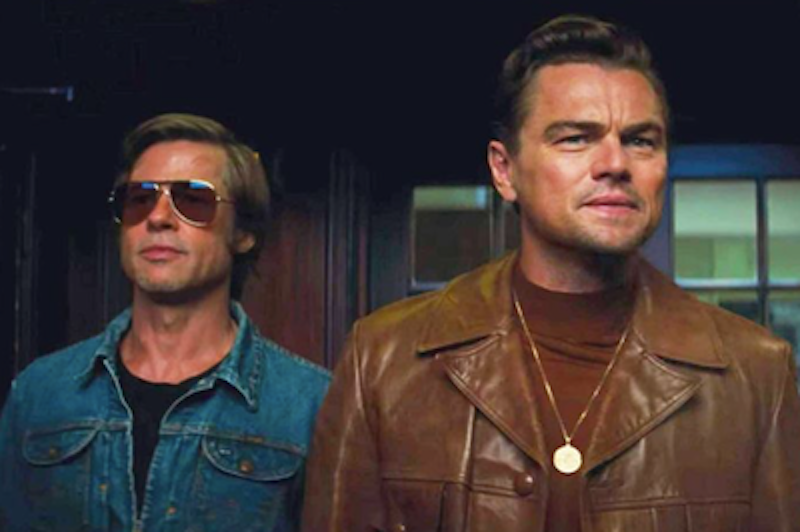 Rarely has a film with Oscar spotlights shining on it been as ungraspable as Quentin Tarantino’s Once Upon A Time...In Hollywood. We’ve already cycled through so many versions of what Tarantino’s dusty, acerbic fantasy is supposed to mean that it’s about to take me three paragraphs just to survey them all.

Brad Pitt, in his Oscar acceptance speech, honored the real stuntmen he impersonated for the film. He implied it was a film about Hollywood’s unsung heroes: the men and women at work behind the scenes of each buzzy new blockbuster. Writing for Splice Today, Nicky Smith described it as an elegy for the movie theater, those temples of unifying culture that (for decades now) have seemed so close to bankruptcy and extinction. Another Splice Today writer, C. T. May, called it the work of “somebody who can keep you listening while they say pretty close to nothing.” He reminded me that my friend, a film professor who lives in Hollywood, has seen Tarantino’s latest three times. She thinks it’s about nothing, too, and loves that about it.

Those are probably the most complimentary takes. Then someone like Richard Brody comes along, writing for The New Yorker, ready to incinerate Once Upon A Time...In Hollywood for peddling a bunch of wishful, reactionary thinking: “If only the times hadn’t changed, if only the keys to the kingdom hadn’t been handed over to the freethinkers and decadents of the sixties—then both Hollywood and the world would be a better, safer, happier place. There’s no slur delivered more bitterly by Cliff and Rick than ‘hippie,’ and their narrow but intense experiences in the course of the film are set up to bear out the absolute aptness of their hostility.”

Bringing up the rear are all the people who think Tarantino is obsessively nostalgic. To them, he’s like an old-school DJ, with crates of great psychedelic records stacked in the back of his van. The clear winner in this category is Dan Schindel, writing for HyperAllergenic, who seems irrationally anxious that we’ll miss just how darn important the nostalgia really is: “Once Upon a Time...in Hollywood is a period piece so painstakingly constructed that it shames the rest of the genre. Its attention to detail goes beyond the granular into nearly the microscopic, in the process drawing attention to how flimsy the tropes of most other historical films and TV shows are. Where the usual movie may use one or two pieces of advertising to mark its setting, this one has literally hundreds of period ephemera, spread across radio spots, TV, billboards, signs, and more. And almost none of it is anything the casual viewer of today may recognize.”

Ah, yes—the casual viewer of today. I’m sure you’ve met him. And I’m sure you agree with Schindel and me that he’s a total jackass.

All told, the slippery film Tarantino’s actually made eludes consensus and belies critical descriptions to a maddening extent. Everything people say about it checks out; everyone I’ve quoted, above, is correct, even though they disagree. The film’s so deceptively nice to every conceivable theory that debating its meaning becomes a difficult endeavor.

So let’s try a different approach. I believe that Once Upon A Time...In Hollywood is a postmodern film: it takes a series of conflicting positions that can’t be logically reconciled. Instead of being merely incoherent, however, Once Upon A Time...In Hollywood becomes a celebration of anything and everything that appears marginal at first. It all matters, because “all is one,” as the film’s eerie cult members chant in their listless unison. This is a film about attention and credibility: who gets it, over the course of a regular film, and whether they deserve it. It’s a chance to re-think what you do as a member of the audience.

The problem with making this kind of statement is that it’s already old hat. We find ourselves, at this point in the evolution of the medium, awash in self-referential movies that subvert our (presumed) expectations. Just this year Greta Gerwig turned Little Women into a meta-fictional Klein bottle, undermining its happy ending on feminist grounds. The Irishman was a gangster movie, but it was ultimately about the stuntmen and gaffers of the gangster world. Martin Scorsese had us riding shotgun with every high roller in organized crime, but we were always looking through the wrong end of the telescope, worrying about gofers and functionaries and frontmen. So Tarantino has to take his reversals even further in order to catch us unawares.

For instance, that scene featuring Al Pacino—the one in the restaurant. Tarantino sets it up as a predictable takedown of Rick Dalton, complete with a voiceover from a narrator who’s going to tell us whenever Rick’s lying about something. Rick says his car’s in the shop, and the narrator suddenly hijacks the movie to correct him: “That’s a big fuckin’ lie,” the disembodied voice reports, freezing the action to explain that Rick doesn’t have his license anymore. But then the narrator absents himself, and stays gone for almost the entire remainder of the movie. So why insert such an jarring interruption? The point, I’d argue, is that Marvin Schwarz (who set up this meeting with Rick) already knows Rick’s lying. No narrator required. Furthermore, Schwarz’s lying, too. Schwarz claims to have watched, with breathless admiration, something like five hours of Rick Dalton’s acting in one night. If you catch his tone of voice, and notice the corny details he throws in to make Rick believe him—cigars, brandy, his wife by his side—you quickly realize it’s a load of bullshit. But the narrator’s silence forces you to make your own inferences at the exact moment when you expect to be told, point-blank, what’s true and what isn’t.

Schwarz also tells Rick that he’s been getting roles as “the heavy,” the main bad guy, because audiences enjoy watching a washed-up leading man getting his comeuppance. Even the scene from Bounty Law, Rick’s cancelled television show, is about reversals of fortune and role. Rick’s character, Jake Cahill, is trying to claim a bounty in the wrong town: he’s just killed that town’s favorite son. “Amateurs don’t tend to make it,” Cahill haughtily declares in another Bounty Law clip. Then the movie mocks him by showing Sharon Tate, who can’t act for beans, coated in glamour simply because she’s the “actress” who’s dating Roman Polanski. Cliff Booth—professional stuntman, amateur at fisticuffs—punts the martial artist Bruce Lee like a football. Lee flies 10 feet into the side of a parked car. Amateurs win plenty of the time, contra Cahill, and we have to decide how to feel about that.

Is Cliff admirable because he’s tougher than Bruce-fucking-Lee? Or is he a sulky degenerate who resents taking orders from a Chinese man? Is Tate a talented newcomer, awaiting better opportunities, or just another pretty face who can’t act? The ironies run deep here, and it’s tempting to call them undecidable: rigged paradoxes in a movie about nothing. But the truth is always mixed in somewhere, holed up in some unexpected place. The truth of the fight between Cliff and Lee are the handlers, wary professionals, who break it up and cuss out everyone involved. The truth about Tate is that she’s a good person. She’s sweet, romantic, and joyful, and it’s precisely those qualities that destroy everything she touches on set.

Works of art this cagey tend to hold up a mirror to their viewers. If seeing vintage billboards makes you complain wistfully about the “casual viewer of today,” that’s on you, because Tarantino budgets for a whole scene of Cliff Booth talking back idiotically to his television. (Behold: the casual viewer of yesterday.) If you think the stuntman is the hero of this movie, because people like them never get enough credit, remember that Booth killed his wife. Yes, Sharon Tate survives the hippies invading her cul-de-sac. Why? Thanks to a very guilty Booth being acquitted of manslaughter, like a lot of violent spouses are. On the other hand, perhaps you couldn’t care less about Tate, but think Steve McQueen is the coolest man alive. Well, wait until you see Tarantino’s version of McQueen. He hogs the camera and whines about rejection, leering at an oblivious Tate from behind one of Hugh Hefner’s topiaries. Call it Deconstructing Steve.

The fact is, there’s always more to deconstruct, if that’ll cure whatever this film happens to bring to a boil within you. But one thing strikes me as especially noteworthy about its critical reception, and that’s the way people have overlooked Trudi Fraser, the little girl who’s more intelligent, more genuine, and more dynamic than any of the adults surrounding her. Played to the hilt by a complete unknown, Julia Butters, Fraser radiates purpose and belief. She steals her scenes, like every actor with a cameo in this sly and subversive movie, because she’s in a movie all her own, one both artful and meaningful. Her version of this movie isabout something, but as usual, the camera only catches enough of Fraser to prove how much, that really matters in this world, we seem destined to ignore.