Sonic the Hedgehog isn’t a technical disaster, but it doesn’t use its iconic star properly. D+ 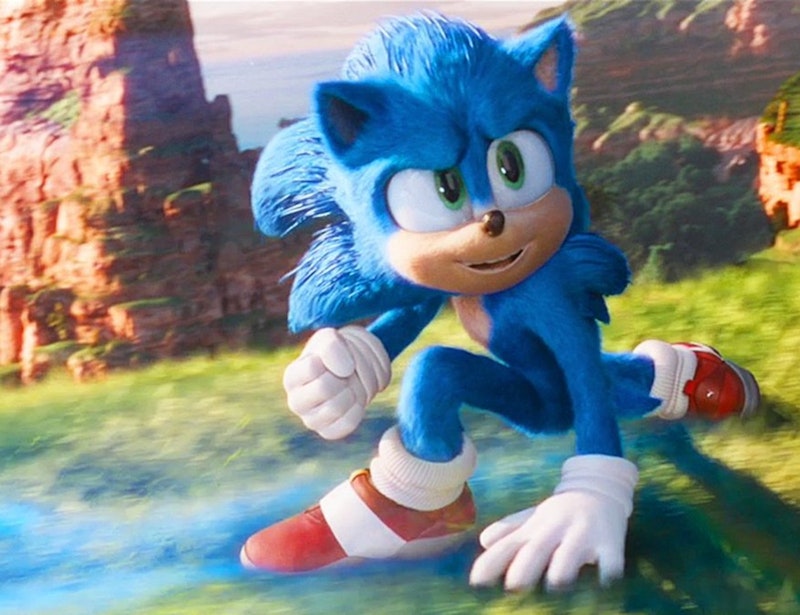 Paramount’s Sonic the Hedgehog opens with the studio’s iconic mountain surrounded by rings rather than stars, and moves into a wall-to-wall montage of every Sonic game through the generations. It continues to zoom out until the screen is a blur of pixilated blue, when all the screens rotate and turn into the Sega logo. It’s a mesmerizing sequence, and one that should last much longer. The bulk of Sonic the Hedgehog takes place in “our world,” but it’s not our world, it’s a “road movie” world. This is a story of boys on the run, a movie where Sonic the Hedgehog spends most of his time as a passenger in a car with a sympathetic Montana cop played by James Marsden. How in the world could you make a movie about Sonic the Hedgehog and have him passed out or handicapped for most of it?

Ben Schwartz voices Sonic, and he’s terrible. Schwartz gives Sonic the most flatulent and annoying voice possible, and plays the Hedgehog as if he were a nine-year-old kid. Like Detective Pikachu, there’s fart humor. I resent these people for giving Sonic and Pikachu bodily functions, thus lowering them to our realm of mere mortals. And this too is where the problem begins: if Sonic can fart, why can’t he be disemboweled? Why doesn’t he bleed or suffer internal injuries? This can all be explained, of course, with something simple—he’s a talking hedgehog, after all—but unlike Detective Pikachu, this film isn’t interested in really incorporating Sonic into “the real world,” despite the fact that most of the movie is earthbound.

Jim Carrey plays Doctor Robotnik with agility and ease, a phoner for him that will do nothing to assuage viewers who find him unbearably annoying. (I like Rob Harvilla’s comparison of Carrey’s performance to former Interpol bassist Carlos Dengler: “The jet-black fashionista outfit, the mustache, the weird computer gloves, the rampant smarm.”) More significant is Sonic’s appearance, which was significantly overhauled after a teaser trailer released in April 2019 depicted the superfast hedgehog with alarmingly realistic teeth, eyes, and most crucially, no gloves. NO GLOVES.

Paramount responded after a torrent of criticism and articles like this, from Vulture: “We Asked a Hedgehog Dentist to Explain Why Sonic’s Human Teeth Are So Upsetting.” This could’ve been a technical disaster like Cats, but without any of the adult appeal. This is through and through a children’s movie, with thin gruel for Gen X parents holding onto nostalgia for the original 1990s Sega games. Detective Pikachu had more crossover appeal because, unfortunately, there are enough people that play Pokemon past the age of 12 than Sonic the Hedgehog.

But for everyone who grew up looking at and playing with Mario, Luigi, Link, and so many others, there’s little here. It doesn’t have to be this way: like I said, these characters are so iconic, and our connections to them so intense and pre-verbal, that their cinematic potential is huge. Make a movie for adults where Sonic is a junkie, and gets hooked on heroin because he’s tired of going fast. I guarantee you the opiate/opioid epidemic would be halved within a year. Similarly, make a movie about human trafficking but with Pokemon. People will be crying and screaming in the streets. These icons are more effective in conveying a message than any movie star or politician (besides Bernie Sanders and Donald Trump)—they have an enormous potential for propaganda. But let’s be “kind of nice with it,” when we play with peoples’ emotions. That’s pure cinema.