Skyfall and the Bond legacy. 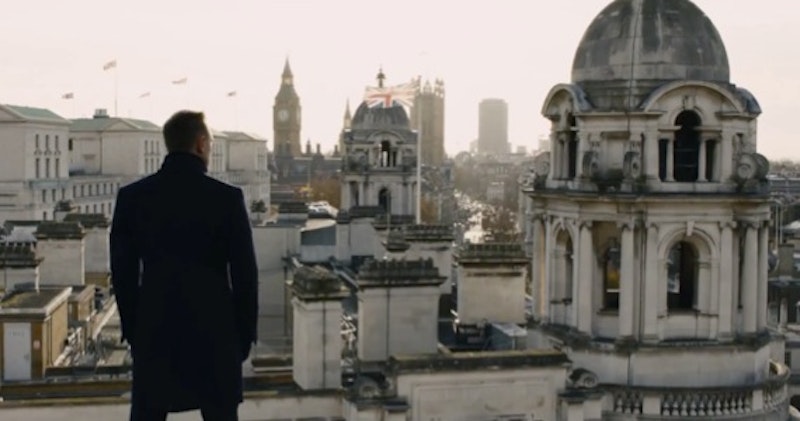 With Skyfall, Eon Productions gets Daniel Craig's turn as James Bond back on track after the bit of cinematic malpractice that was A Quantum of Solace. Its theme, which the movie can be ham-handed about at times, is that sometimes the old ways are the best ways. This attempt at rediscovery is tricky, because one of the obstacles in the way is much of the James Bond franchise itself, including the source material. Craig debuted as Bond in the 2006 film Casino Royale, the only Ian Fleming Bond novel that had never been turned into a proper Bond film due to licensing. It had been made into an American teleplay starring Jimmy Bond and a spoof film in 1967 whose plot can’t even be summarized. The film churned through five different directors and is probably best viewed high. I saw it sober and wondered if I was feeling quite all right.

Craig's first crack at Bond was a critical and financial success, but some critics noted that it was an odd fit in the cannon of Bond movies. In keeping with the novel itself, Craig's Bond was dark and vulnerable. Words didn't seem to flow out of him they way they did past Bonds Sean Connery, Roger Moore, or Pierce Brosnan. His wit was forced, his mood sour. The opening words of Fleming's novel seemed to set the tone for the whole film:

The scent and smoke and sweat of a casino are nauseating at three in the morning. Then the soul-erosion produced by gambling—a compost of greed and fear and nervous tension—becomes unbearable and the senses awake and revolt from it.

James Bond suddenly knew that he was tired.

This Bond, a killer with some sense of patriotic duty to country, is interesting. Yet he is not what viewers or readers had come to expect of James Bond. The Bond of Casino Royale was largely abandoned by Fleming, replaced with a more nonchalant character. Think British Bruce Wayne without the backstory. This change is broadcast as if by megaphone in the opening line of the second Bond novel, Live and Let Die:

There are moments of great luxury in the life of a secret agent.

The Bond movie franchise, with the first novel in legal limbo for so long, took its direction from the rest of the novels. Eon ran with increasingly fantastical situations and villains. These were first well spoofed by the comic Casino Royale and then, when that failed to do the whole job, by the Austin Powers movies, with their breast cannon-sporting fembots and Dr. Evil with his midget sidekick. By the time Craig was tapped to play Bond, the franchise was played out. And so Eon went in a whole different, utterly necessary direction. We saw a Bond that was unfamiliar to moviegoers and even to casual readers who didn't feel like reading the whole Bond cannon.

This new-old Bond got badly off track and then delayed by underwriter MGM's bankruptcy, so Skyfall takes pains to remind viewers things have changed. This Bond is mortal and aging, coming convincingly near to death in the opening chase. Our new Q gives 007 only two gadgets this time: a gun with palm print technology that only he can fire and a small distress radio beacon. Bond wonders if that's it. Q mocks, What, you were expecting an exploding pen?

Less comically, this Bond is no hero. The point is made when he is assigned the job of interrogating and killing an assassin who had put a bullet in Bond. From experience, Bond knows a killer's moment of greatest concentration is when he strikes. So our secret agent follows a trail of bodies and waits until the other gun takes his shot, dispatching a man we're given no reason to think is in any way a bad guy, and only then gets in close. Separately, in a word association exercise, a government shrink asks 007 what comes mind when he hears the word “murder.” “Employment,” Bond says.