A mutant second wave is inevitable. 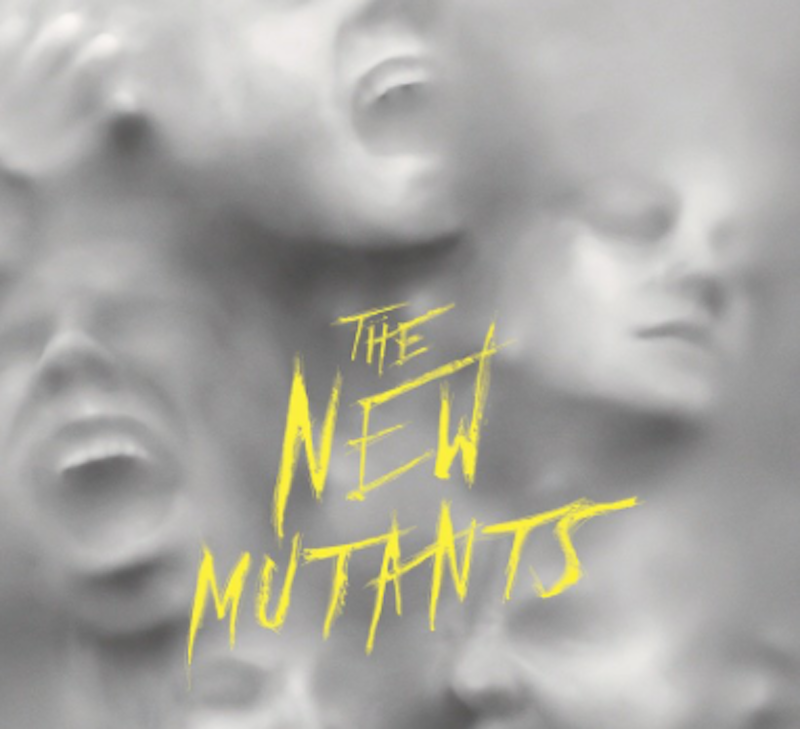 Two months ago, I wrote that it looked as if Black Widow with Scarlett Johansson would be out this summer but would be the only Marvel movie this year. Now, Black Widow is itself pushed to the fall, and most big-budget movies of all kinds planned for 2020 have been pushed to 2021.

However, there’s one unlikely superhero movie left standing between now and November: Marvel’s New Mutants, which has had its release (originally planned for early 2018) delayed so many times that its young stars, including Game of Thrones’ Maisie Williams and Stranger Things’ Charlie Heaton, look significantly older in real life today than they do in the ads for the film.

It’ll be an amazing tortoise-beats-hare victory if the long-suffering New Mutants cast and crew get to watch the film make a billion dollars, simply by being the last hero-thing around.

Adding to the strangeness, New Mutants is (as far as we know) non-canonical. That is, it doesn’t sound as if it takes place in the big, interconnected Marvel Cinematic Universe (MCU) containing the Avengers and their allies. New Mutants began as a Fox project, back when that studio, recently absorbed by Disney, was home to the X-Men movies, from which New Mutants spun off (likely showing no on-screen residual ties to those films).

New Mutants is not quite the only Marvel on-screen fare right now, though: Despite a wave of TV cancelations, Agents of S.H.I.E.L.D. is still on the air through August. With the Mutants more or less inmates in an insane asylum (and thus unreliable narrators), the S.H.I.E.L.D. agents time-hopping to different decades in a fashion that recklessly warps both fictional and space-time continuity (there’s a lot of that going around what with new seasons of Dark and Umbrella Academy also out this summer, not to mention Tenet), and the most recent two core MCU movies—last year’s Avengers: Endgame and Spider-Man: Far from Home—both toying with the idea of multiple universes, Marvel has ample excuses at hand to mildly reboot or tweak their fictional worlds if they so choose, and, ever so gently, they probably will.

Not that fans will necessarily dislike these New Mutants and want them banished from space-time. They may seem startlingly timely right now, since it appears they’re trying to escape lockdown in a medical facility. Maybe that will resonate and make the film a hit instead of the redheaded (mutant) stepchild of the franchise. It would be a neat victory by underdogs if the Mutants made so much money and the S.H.I.E.L.D. agents got such high ratings that the rest of the MCU producers decided to let those two projects dictate what’s canonical, at least for the time being.

But that seems unlikely. In the impending Disney+ era of streaming Marvel shows, it’s likely that all prior Marvel TV shows, including Agents of S.H.I.E.L.D.and several shows on Netflix, will be ignored/erased, and that the New Mutants will remain forever its own standalone thing.

That’s fine, but assuming there’s no New Mutants post-credits sequence of, say, Deadpool showing up at the X-Mansion and offering to introduce the New Mutants to the Avengers (sweet surprise though that would be)—and no surprise billion in the box office coffers—Marvel Studios will be left contemplating a question that has plagued fans for several years now: If they’re going to put the X-Men and other mutants in the same fictional universe as the Avengers henceforth, what’s the smoothest (and coolest) way to do it?

Don’t call in Joss Whedon to handle it. He’s so bad at fixing things that fans are on the verge of getting the long-demanded “Snyder cut” of the 2017 Justice League movie, reverting back to the version of the film that was coming together before director Zack Snyder had to exit the project and Whedon was called in to “improve” it. You’ve failed badly when you cause fans to start trusting Snyder, the man whose idea of superheroic fun is using Superman’s pal Jimmy Olsen in one scene, as a CIA agent, and then killing him.

Whedon also fashionably hates cops now, tweeting-and-deleting an abbreviation for “All Cops Are Bastards,” though I assume he still thinks we should trust S.H.I.E.L.D. agents. Cops bad, secretive intel agents good. Who can keep up with “liberal” wisdom these days?

Luckily, no grand reinvention of the mutants is necessary, and no grandiose cosmic fusing of universes. After mulling all the different options batted around in recent years for the great mutant/Avengers integration, I’ve gradually concluded that (roughly stated) they should just get back the old Famke Janssen/Patrick Stewart/Ellen Page/et al cast and just pretend they were always operating on the same Earth as the Avengers (farewell, James McAvoy—nothing personal, but you’re supposed to be from the 1960s, etc., and we live in the future now).

Think about it: the Fox X-Men timeline got a little complicated, and it’s very tempting to throw it out, but “the present” (both in the fictional timeline and the real-world film-production timeline) for nearly any likely future Marvel mutant movie will be 2024 (that appears to be when Spider-Man: Far from Home took place, not long after the five-year gap in Endgame, long story short). That also happens to be, conveniently, a year after the 2023 time travel high-jinx depicted in X-Men: Days of Future Past. Which means: no need to mention the time travel high-jinx at all!

Some of us fans are so nerdy we’d be delighted if they wallowed in all the chronological details and complications (maybe pausing to explain incidental continuity mysteries like why tiny white man Trask became large black man Trask over the course of 30 years, etc.), but some of us have grown old and professional enough to recognize that for most audiences, ain’t nobody got time for that. Not even the new crop of screenwriters, most likely. You want to be able to hit the ground running without confusing new audiences, new writers, forgetful popcorn-eaters, and small children.

And neither fans nor the Marvel execs want to retell 30 separate origin stories for new versions of the characters. So: just think of all the mutants who could hit the ground running in 2024 if you keep the existing versions!

A single introductory visit to the X-Mansion (so long as, ahem, they don’t make further use of Mystique or Quicksilver, for reasons I’ll leave unstated but which are obvious to hardcore fans) could reveal living there together the whole Stewart-era X-Men cast, Deadpool and his main buddies (perhaps now calling themselves X-Force), and the New Mutants (assuming their film next month doesn’t explicitly tie them to some other universe or time period). At least 30 mutant heroes could burst simultaneously onto the screen, as if exciting and new—yet familiar like coming home. (For maximum coziness, they probably ought to toss in a line about Jean expelling the crazy-making Phoenix Force from her mind at some point in the preceding 30 years and thus being all healthy and sane now.)

And there’s even a built-in, already-Fox-canonical exit strategy if some of the actors want to bail—or prove too ornery or Alzheimer’s-ravaged to keep onboard—a few years later: the deadly “Westchester incident” alluded to in Logan. They didn’t really say who died, but it could easily be “whoever is played by an actor asking for too much money,” which I assume is roughly the formula by which Thanos’ gauntlet and the Infinity Stones operated in the last two Avengers movies. (After the culling, pricey Prof. X and Wolverine can also canonically shuffle off to live near the Mexico border, as you may recall.)

As for the tiny complication of Wanda and Quicksilver being different in the Fox X-Men movies than they are in the MCU movies: no problem. Toss in a line (possibly in the WandaVision TV series later this year, though I suspect they’ll have their own complex plan completely contradicting mine) saying: Wanda and Quicksilver, though born circa 1960, were rejuvenated and altered a decade ago (in Sokovia) by the power of the Mind Stone. Ta-da! Continuity preserved.

Crass Hollywood producers and money-people should be assured that these actors are all holding up pretty well. Many may be in their 50s now, but they look good, and you can always sprinkle in younger additional mutants later if needed. Confident though I am that Janelle Monae, who has expressed interest in playing Storm, would be awesome (and thrilled as all nerds should be that she’s familiar enough with the character to have said that Black Panther 2 would be a logical place to introduce Storm), it would be really cool to have Halle Berry et al back, whatever criticisms we all may have had about their acting back in the day. She was awesome in John Wick 3.

There are all sorts of slow-burn, gradual ways the mutants could be introduced, and recent rumor has it Marvel may trickle the characters in as associates of the Super-Soldier program that created Captain America—and that may work just fine—but regardless, imagine if as early as, say, the Eternals movie scheduled for February 2021, some member of the Eternals, or an Avenger we already know and love, simply said, as if it were familiar routine, “Let’s visit the mansion in Westchester for advice,” and there in a single shot were: Halle Berry, Hugh Jackman, Patrick Stewart, Kelsey Grammer, Ellen Page, Alan Cumming, Maisie Williams, Ryan Reynolds, Ian McKellen…

There’s no logical in-story reason this future cannot come to pass. I swear. I can show you the maps and diagrams if need be. I’m like a Cerebro for nerd continuity fixes.