Pennies in the Sky

Money Plane is just ridiculous enough to entertain. B- 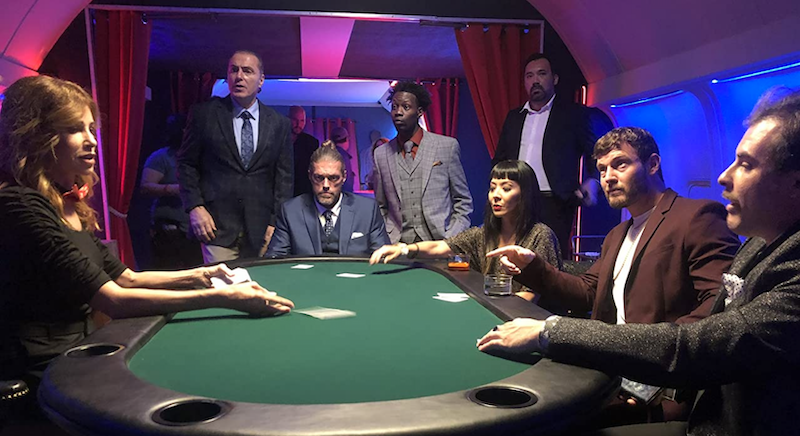 If you want to see an action movie that’s relatively straight but still ridiculous, I give you Money Plane, a direct-to-VOD film that bows on Friday. Written and directed by Andrew Lawrence, it's a high-concept action thriller that owes a lot to the Simpson/Bruckheimer tradition, in every way except the budget.

Money Plane isn't good, exactly and it’s notably cheap-looking. But I still had a smile on my face for large parts of it. And the people handling the marketing know what they have on their hands.

The film, which runs just 82 minutes, stars Adam Copeland, the retired professional wrestler formerly known as Edge, as Jack Reese, a professional thief. Following an early museum heist that goes sideways, Jack ends up indebted to a sadistic crime boss named Darius Grouch III (Kelsey Grammer) and is roped into One Last Job: The robbery of the titular "money plane," which contains billions in cryptocurrency. If he doesn't do the heist, the ex-Frasier implies, harm will be done to his wife (Denise Richards!) and young daughter.

The money plane is an airborne casino, featuring a colorful coterie of international criminals playing games of chance both traditional and not, and it’s able to operate that way because it’s in international airspace. One denizen is even introduced as "the undefeated Russian Roulette champion," though if he weren't undefeated, he wouldn't still be alive to be the champion, would he? And if you're wondering why a casino would have billions in cryptocurrency on hand instead of cash and chips, that's likely not going to be the last of your logical questions.

"You want to bet on a guy fucking an alligator," Grammer inexplicably says in a clip that's gone semi-viral, the money plane is the place to do it. We don't, thankfully, see anything like that, although the "sports book" features mostly wagers that involve fights to the death between humans and wild animals.

Jack’s assisted in his mission by sidekicks Trey (Patrick Lamont Jr.) and Isabella (Katrina Norman), who are there to pick off the plane denizens one by one by pretending to seduce them and then killing them; Lawrence himself helps them out on the ground. The plane includes some familiar faces, including Thomas Jane, Sopranos veteran Al Sapienza, and Blossom's Joey Lawrence, who is the director's brother. The third Lawrence brother, Matthew, shows up as well, in a loud role as a gambling cowboy.

Leading man Adam Copeland, who never lacked for charisma in the wrestling ring, isn't nearly the natural movie star as his fellow ex-WWE stars Dwayne Johnson, John Cena or Dave Bautista, and while he's predictably skilled at on-camera combat, he’s a void at the center of the movie.

The cheapness is part of the charm. The set of the plane is notably sparse and dingy for a place that's supposed to be luxurious. There aren’t many special effects, with the exception of plentiful blood, and considering the use of a blatant knockoff of Joe Walsh's "Funk #49," there wasn't much in the budget for music clearances either.

Money Plane isn't exactly a new entry in the canon of action cinema, but it's just ridiculous enough to provide enjoyment.