Special effects can sometimes be detraction by addition. 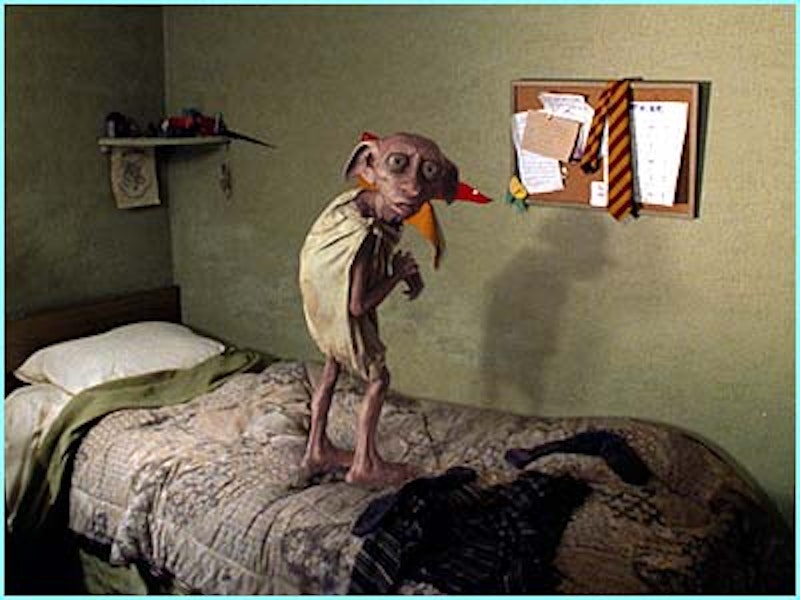 Does anyone else think the Harry Potter movies are ugly as hell? I always thought there was something off about them: the muddy colors, dull visuals, and a distinctly computerized deadness in every green-screened location, character, and magical effect. The CGI and totally anonymous directorial style makes these movies feel like eating cotton candy; there’s something wrong, a perversion. The knowledge that what we’re watching doesn’t exist in the physical world leads to this strange emptiness. You could say this about most other recent fantasy and super hero films—the CGI looks realistic, but there’re no guts to it, it all feels like mere technical display. Who else didn’t give a shit about Dobby?

Before the Harry Potter fans lynch me, you could say the same thing about Lord of the Rings, Avatar, Transformers, or the Star Wars prequels. CGI is still trapped in the limbo between cartoonish and photo-realistic. The special effects in The Terminator are beautiful because of how practical and plausible they are. Los Angeles 2029 is what a post-apocalyptic city ruled by robots would look like: we’re watching actual machines made of metal scuttling around, not some vast Christian Bale-saturated video game landscape. I don’t want to feel like I’m watching an EverQuest cut scene when going to the movies, but this feeling is inevitable as we outsource more and more celluloid to After Effects.

Like I said, the Terminator actually got crushed. Chewbecca was a guy in a suit, not an action figure voiced by Kevin James. Practical effects are more relatable and endearing simply because of their physical existence in our reality. Listen, I love Metal Gear Solid 2: Sons of Liberty, and I connect with Snake because I can control and direct him, not because he looks like a real person. Once you remove the interactivity, what is a CGI character? Nothing: an abstract imagination with the same value as a Gmail inbox. When watching Harry Potter there’s the feeling that the movie’s only half there—I’m so completely aware of the artificiality and sheer non-existence of a significant portion of the movie, that it feels like nothing’s at stake; Daniel Radcliffe isn’t scaling a wall like Pierce Brosnan, he’s gripped by a harness in a big blue room. Go for a flamboyant style or shoot practical, because anything in between just comes off as phony.