Potter Embraces, Then Fights, the Darkness

By growing up, Harry Potter found the perfect narrative arc, cementing its status as one of the greatest franchises in film. 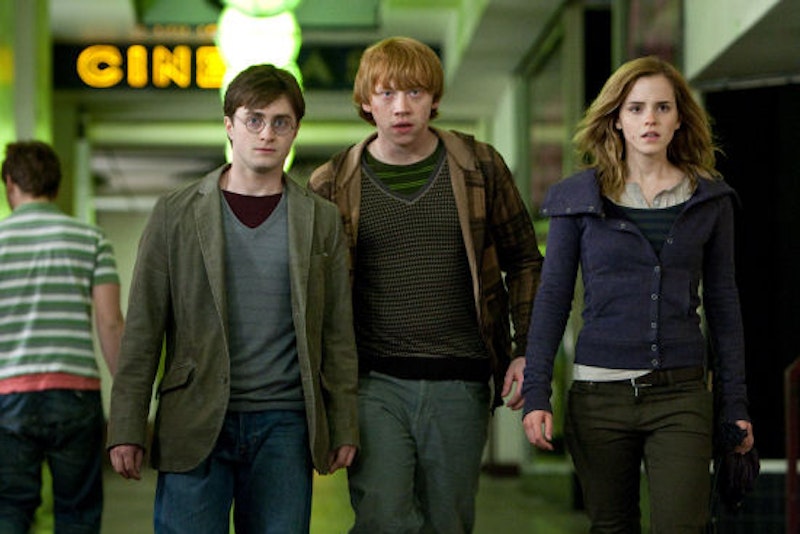 The Harry Potter series is a strange phenomenon: this week, 10 years into its run, it stands as one of the most profitable, popular and critically adored movie franchises in history.

And yet, aside from a harrowing coming-of-age tale, it has never really been able to communicate a clear sociological message, at least for me. It has all the standard heroic themes: love, sacrifice, family and such. But what did it all mean?

Endings have a way of bringing clarity. The Potter franchise has brilliantly shown how we must uncover and face darkness in the world, understand where it comes from and rectify it through collective and individual will.

Either through luck or genius, JK Rowling and the writers and directors who have translated her work—David Yates chief among them—have expertly hit on the perfect narrative arc. The beginning of the story was rosy and innocent, the danger real but manageable. The ride was fun. But as the story progressed, as Harry and his friends aged and took on more responsibility, the tone got darker, the danger more piqued.

Here’s where the luck and genius comes in: at the same time, cinema was also undergoing a transformation. Blockbusters started to get darker. Christopher Nolan reinvented Batman by focusing on a man wrestling personal trauma and sociopolitical demise—in some ways he did the same in Inception. Stieg Larsson’s trilogy shocked the world by taking those same themes and adding a heavy dose of feminism. Even Avatar, the ultimate fantasy, found Earth too dismal to even represent: better to jump to a Technicolor heaven, never to look back. Television too has gotten into noir, from The Sopranos, which got darker as it progressed into the 2000s, to Battlestar Galactica, culminating in a flurry of serious series like Game of Thrones, The Killing, Louie, Damages, Rescue Me, among others, all of whom have mined the dankest pathways of the human mind and social impulses.

If you’ll allow me to stretch, it’s possible to say our ever-grim media mirrored global anxieties: about the environment, economy and the continued failings of the world’s leaders to meet the needs of their citizens. The 2000s are sometimes called the “naughts,” and if it was the “lost decade,” it was because of a general crisis of faith, a malaise that the world was beyond repair.
The last two Potters are the heaviest of the series but also the most satisfying. They tell us that as children grow into adulthood, they start to learn more of the messiness and evils that threaten our very existence. In the real world, this involves politics, the environment and poverty, and while Potter largely keeps it magical, it’s not hard to see the real world connection. By the end of series, nothing is sacred, nearly everything is destroyed, and the once-wide-eyed children peer at their elders as they learn of all the backstabbing, lying and pure injustices running through the halls of power.

It all comes out in the final movie. I won’t divulge any spoilers—I refused to read anything about the final book. Needless to say, Rowling ended the story as elegantly as such an epic can end, and Yates does it justice.

Rowling is no cynic, or if she is, she gives up in the end. Potter, like all popular franchises, finds hope. One striking image in the film shows Harry, Hermione and Ron in front of a ruined Hogwarts, their backs to the school, looking out into the world. It’s a moving image: instead of showing us the great horizon our heroes are viewing, the shot stays on the ruins of the university, the place of innocence, the refuge from the world and sanctuary for ideas and history. The message: we have a lot of cleaning up to do.

It’s up to us to root out evil. In fact, it lives within all of us. We as human beings have to grow up and confront the darkness that threatens our world and ourselves. In this way, Potter outdoes Avatar and Inception, escapist fantasies that abandoned their sociological messages (Avatar abandons Earth for Pandora; Inception bailed on its corporate espionage plot, instead ending on a lame ambiguous note on family and fate).

Potter remains a rare franchise that really did grow up, ranking it up there with the likes of Star Wars. Let’s hope, like Harry and friends, we’ll all learn the lesson.