The Angry Birds Movie is a smash, a reward for brand loyalty. 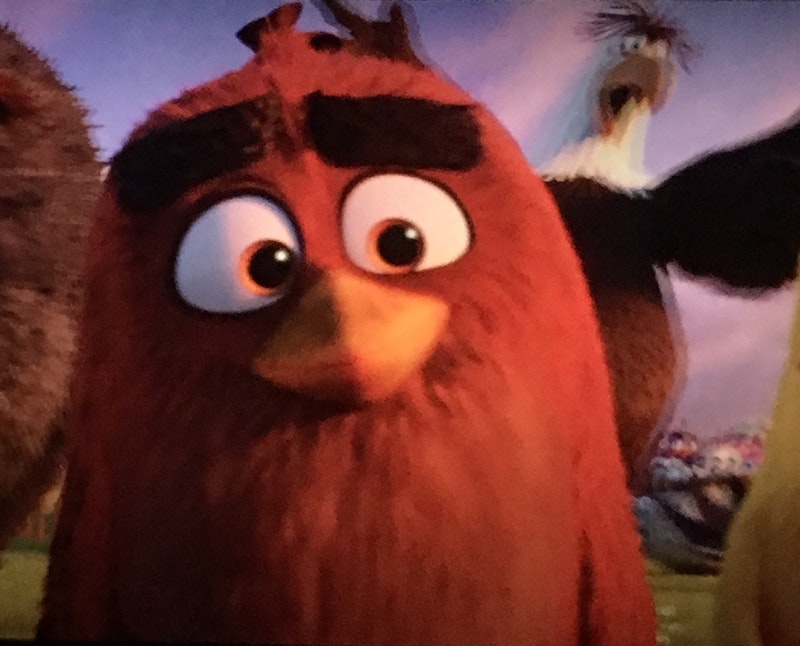 Let’s make more movies based on apps. So far the success rate is 100 percent; The Angry Birds Movie is a triumph. Even in the year of Zootopia, a subversive and intersectional moral message movie that never felt preachy or stiff, Angry Birds is just as much delirious fun, and isn’t cynical or mean-spirited. Phone-in comedies like Zoolander 2 and everything Seth McFarlane touches are full of easy throwbacks to past laughs and cheap shots and celebrity cameos without any jokes—you’d think a movie based on one of the most popular smartphone games would be all too aware of its own ridiculousness and make its own superfluous existence the butt of every joke. But no, this is a kid’s movie, even if a lot of the jokes will fly over their heads (“pluck my life,” dozens of scatological jokes, main bird getting hit in the nuts—“gimlets”—and some crack about gluten), and some of it makes you wonder if it’ll stick (when the pig daydreams about fucking an egg). Same goes for the imagery—both the birds and the pigs commit multiple 9/11-level attacks on each other, and there are shots of birds launched into skyscrapers in the pig metropolis and toppling them into each other.

There’s so much death and destruction in this movie. One of the main birds, “Bomb,” sets himself off in the middle of the pig city at the end and destroys around 30 city blocks, exploding in a ball of pure energy just like in Akira. This is a kid’s movie, but it’s Angry Birds—they’re angry, ostensibly now because the pigs have taken their eggs and their land in a Christopher Columbus bait and switch.

I’ve been obsessed with this movie since I saw the first teaser poster for it last August. The idea of someone making a big budget feature film based on the Angry Birds game was hilarious and insane. You might as well make a movie based on Tetris. But brand recognition is powerful and reliable. A movie like Zootopia is high risk, high reward—hat could’ve easily been a turkey that went in and out of theaters in a few weeks. It’ll likely be playing for the rest of the year. So I love that making a movie out of Angry Birds was a given, and some schmuck was cast with the task of giving them all a backstory and some kind of momentum for this movie to coast on from a game that was exclusively launching birds at pigs.

But mostly, I love the main bird, Red. The whole origin story of the iconic angry bird with the big fat black eyebrows is equally heartbreaking and nauseatingly cute: he wasn’t born angry—he just had big eyebrows, and everyone made assumptions about his state of mind and his mood. The world made him angry, and when Red saves the island’s eggs from the pigs, they all pitch in and build him a new house. You get weepy just remembering it. Angry Birds is an empty palate with a lot of room to project onto, and I felt very protective of Red while waiting for this movie to come out. It’s a smash, something that exceeded my expectations, and only strengthened my fierce loyalty to the Angry Birds brand.