Full of clichés, the film still works. B+ 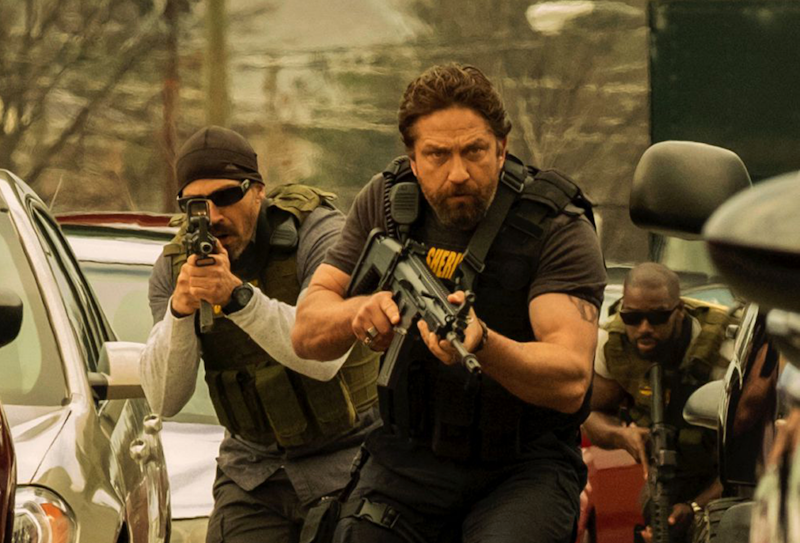 Den of Thieves is the rare film to strongly outperform its IMDB page. It has a cast full of bad-movie perennials, an unknown director, a mid-January release date, an extra-long running time, and a plot cobbled together from elements of other movies.

So it’s a surprise that Den of Thieves ends up significantly overachieving. It’s a watchable, exciting thriller that somehow assembles a laundry list of tired ideas and clichés and turns them all into something that really works. The film, directed by first-timer and London Has Fallen screenwriter Christian Gudegast, most resembles Michael Mann’s Heat, with a side of every cop-on-the-edge film ever made; at least the director, the son of actor Eric Braeden, knows to steal from the best.

Den of Thieves, which clocks in at over two and a half hours, is a violent crime saga that tells the story of a titanic battle between an unconventional group of cops and an unconventional heist crew, the leaders of which clash with each other in such over-the-top macho aggression contests as a wordless shooting range contest and one of them going home with the other’s favorite stripper.

Butler plays “Big Nick,” the leader of the cops and a corrupt, drunken disaster. The character is a walking cliché, and one of the surest bets in today’s cinema is that if Gerard Butler in a movie, it’s probably bad. But there’s something about Butler’s energy here—unshaven, perpetually hung over, and generally disastrous—that fits just right here. Even if he seems to be doing a movie-length impersonation of Mel Gibson.

Leading the robbers is Pablo Schreiber (named “Merriman”), the actor from The Wire, Orange Is the New Black, and various other TV shows, and a dynamic performer who deserves more big-screen chances than he’s gotten. Curtis Jackson (aka rapper 50 Cent) is on board as his sidekick, although his muscles are probably more impressive than his acting. Indeed, everyone in the cast looks about 40 percent more jacked than they do most of the time. One of the actors (Max Holloway) is an MMA fighter, while most of the rest of the cast might as well be.

Meanwhile, O’Shea Jackson Jr. (the son of Ice Cube, and best known for playing his own dad in Straight Outta Compton) has the pivotal role as a witness who may not be all that he appears to be.

The plot involves an attempt to break into a heavily-fortified Federal Reserve branch, with a few other ancillary bank robberies tossed in for good measure. What works? The action is fairly well-staged, especially a climactic shootout in the middle of a traffic jam that wouldn’t have been out of place in Heat. The film, despite shooting all of its interiors in Georgia, makes really fine use of Los Angeles locations, especially various dingy areas that don’t often make their way into films. And there’s a twist ending that’s legitimately shocking.

The flaws are plentiful, starting with all of those clichés. There are more than a few significant plot holes, especially coming a year and a half after a heist film like Hell or High Water, which took great care to plug every one of its plot holes. The film opens with some statistics about bank robberies in Los Angeles that sound highly dubious; I seriously doubt there are really “thousands” each year. The film treats the violent deaths of multiple cops with an unrealistic nonchalance. And not entirely clear whether the film is critiquing violent forms of toxic masculinity or reveling in them. Even so, Den of Thieves is surprisingly engaging and entertaining for a January action movie from a no-name director and stars Gerard Butler.