A stupid and meaningless movie. D 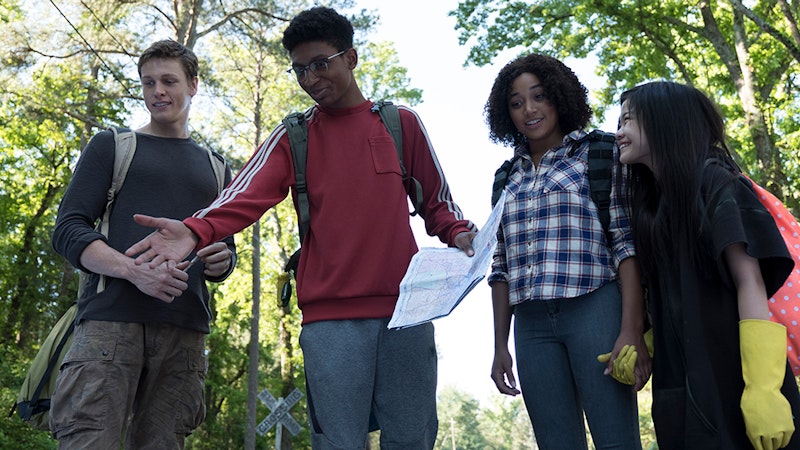 The young adult dystopia genre hits a new nadir with The Darkest Minds. It’s a film that arrives at the tail-end of this genre’s popularity, and therefore all of the good ideas were already taken. The Darkest Minds is the most derivative movie of the year, and also one of the worst.

The biggest problem with The Darkest Minds—aside from it being deathly boring—is that it doesn’t have a single element that wasn’t already a part of another, better movie. Plot-wise, it’s about 40 percent X-Men, and 35 percent each of The Hunger Games and Children of Men—only without a hint of what made those movies work. The plot is all setup and no delivery; it feels a lot more like the pilot of a TV series than the opening movie of a franchise.

Based on the first of six young adult books by Alexandra Bracken, The Darkest Minds (directed by Kung Fu Panda franchise veteran Jennifer Yuh Nelson) is an unimaginative rehash of the Hunger Games and Divergent franchises. In the semi-distant future, a mysterious disease has struck down the vast majority of the world’s children. Meanwhile, the only survivors possess superpowers, leading the government to keep them in camps.

The story centers around Ruby Daly (Amandla Stenberg), a young woman with particularly strong superpowers that allow her to read minds and dictate others’ actions while doing so. And when she does it, it resembles that old Saturday Night Live bit where Christopher Walken was the “trivial psychic.” Separated from her family, she first ends up in a government hospital, cared for by a seemingly sympathetic doctor (Mandy Moore.) Once she escapes, she falls in with another group of teenagers with powers, and sets off for the woods.

It’s stupid and meaningless, as the film doesn’t give the slightest bit of gravitas to any of the tragedy inherent in the premise. There’s next to no political salience, except for the half-hearted attempts to draw an allegory between superpowers and homosexuality, as if the X-Men series hadn’t already been exploring that for going on 15 years.

The Darkest Minds runs just over 90 minutes, but it feels much longer. There are a couple of shoddy, CGI-laden action sequences, but it’s a boring slog the rest of the time. Stenberg, who also starred in last year’s much-maligned Everything Everything, once again rises above bad material, but just about every other young cast member makes no impression at all. You know all those young, white, male, bland, charisma-less actors? This movie has two of them. Or maybe three, I had trouble telling them apart. The villain looks like a Mini-Me of Benedict Cumberbatch.

The adult cast is slightly better, although the recognizable actors are in about one scene each. Bradley Whitford finally gets promoted to President of the United States. Wallace Langham—from The Larry Sanders Show!—shows up in one scene as a sadistic doctor. Gwendoline Christie (Brianne of Tarth from Game of Thrones) pops up briefly as an enforcer.

Dystopian YA adaptations have never been my favorite, but the genre can work if it gets various elements right. Aside from an appealing lead performance, The Darkest Minds gets just about everything wrong.