Film Review: The Catcher Was a Spy is Uneven but Worthwhile

Moe Berg comes to life. B 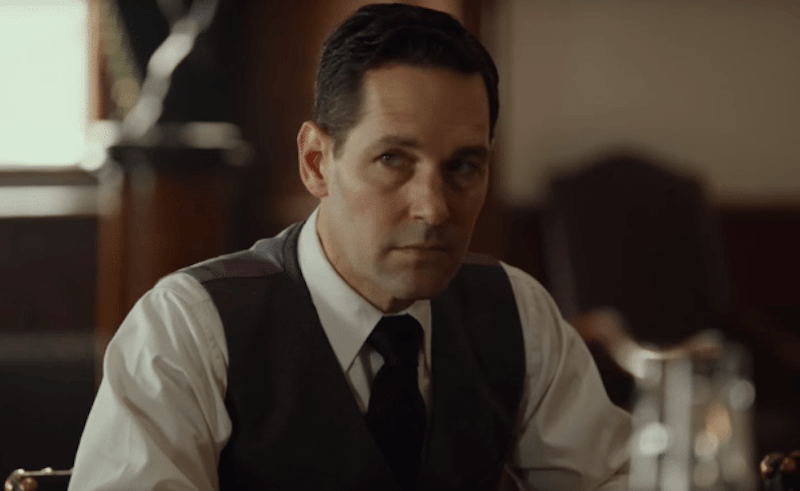 The Catcher Was a Spy is a decent movie, based on a fine book about a phenomenal true story. It’s about a private man with a lot of secrets who lived a long time ago, so it’s somewhat defensible that the movie doesn’t answer all of the questions.

Moe Berg was a journeyman catcher for several baseball clubs in the 1920s and 30s, most notably the Red Sox. He was also Jewish, a Princeton grad, and a genius, who sometimes stuck out in a sport dominated at the time by racists and dumbasses. After his retirement, Berg joined the OSS, the precursor to the CIA, and did some spying in Europe during the war, before settling down to a reclusive and quiet life.

The life story of Berg, who died in 1972, was told in Nicholas Dawidoff’s 1994 biography of the same name, which depicted Berg as an inveterate man of mystery who no one really had a handle on. The book quickly became a favorite of the sizable subculture of people—of which I’m a member—who are obsessed with the stories of baseball players of Jewish ancestry. Between Catcher and Heading Home, a documentary about 2017’s Team Israel in the World Baseball Classic, it’s quite a year for that at the movies.

The film version was in development for years, with George Clooney attached to play Berg at various times, but it finally comes to fruition with Paul Rudd as Berg and Ben Lewin (The Sessions) directing; Dawidoff’s book was adapted by Saving Private Ryan screenwriter Robert Rodat.

The Catcher Was a Spy faithfully presents its compelling story, and Rudd shines in a rare dramatic role. But the film has some trouble putting all of its elements together. It’s a baseball film, and it’s a spy film, but it never transcends either genre, or gives us a handle on who Moe Berg was.

The film shows a bit of Berg’s baseball career, while establishing his bona fides: he speaks numerous languages, and is always reading when no one else is. For the second half, it’s a full-on spy film, with Berg in Europe on a mission to assassinate scientist Werner Heisenberg (Mark Strong), who the OSS believed was trying to build an atomic bomb for the Germans.

The film looks fantastic, thanks to cinematography by Andrij Parekh, whether it’s rendering baseball or spying, and Rudd wears some top-notch 1940s suits.

The Catcher Was a Spy does a clever thing with Heisenberg’s Uncertainty Principle, and even sprinkles in some resonant if accidental political commentary, as dinner party guests confront Heisenberg over his Nazi ties, and he implores them to keep politics out of the evening.

As for Berg’s private life, Catcher tries to thread a difficult needle and doesn’t quite pull it off. The film goes further than the book in implying that Berg was gay, or at least bisexual, although it doesn’t completely commit to that, either. But for some reason, multiple people who meet Berg can’t resist asking him if he’s gay. Meanwhile, Berg has a romance with a female pianist (Sienna Miller, playing the same long-suffering-female-partner part she nearly always plays).

As for the rest of the supporting cast, Paul Giamatti is the highlight as Samuel Goudsmit, a Holocaust-surviving physicist who helps out the Allies; I’d like to see a whole biopic about Goudsmit, preferably with Giamatti playing him.

After a brief festival run, The Catcher Was a Spy was dumped in theaters with little promotion, on the same opening weekend as a superhero movie, Ant-Man and the Wasp, which stars the same lead actor.

Although uneven, Catcher’s worthwhile, even if you’re not an enthusiast of World War II spy intrigue or an adherent of the Jews-in-baseball cult. This film deserved more of a chance.