New documentary is refreshingly light on exposition. B+ 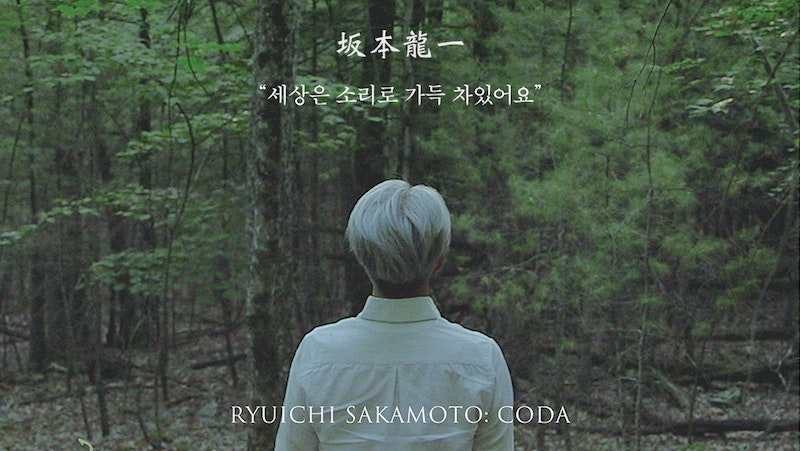 There are too many documentaries about aged artists reflecting on their careers, but Ryuichi Sakamoto: Coda distinguishes itself with an unusual level of formal and thematic grace. Director Stephen Schible spent five years with his title subject, and draws sharp connections between disparate aspects of his life and work. The most obvious ties Ryuichi Sakamoto’s anti-nuclear activism to his wider concerns about his own mortality brought about by his recent cancer. As Sakamoto surveys damage wrought in his native Japan by the 2011 earthquake or plays a concert on a piano salvaged from the tsunami floodwaters, one can’t help but reflect on impermanence. There’s a term for such a feeling in Japanese—mono no aware, or “the pathos of things.” Coda is suffused in that mood.

Sakamoto is one of world music’s titans, a pioneer in genres as wide-ranging as electronica and classical. Coda has the confidence not to hold the viewer’s hand in touring his life. There’s no textual or voiceover aid to explain what, for example, the Yellow Magic Orchestra was, put in for anyone unfamiliar with Sakamoto. This is not the kind of documentary that merely recites facts that anyone could learn from browsing Wikipedia. It’s more invested in Sakamoto as a personality than a biography to lay out.

The film does nearly all the leg work of helping an audience “understand” its lead in the opening minutes, as Sakamoto tweaks the water-damaged piano in preparation for his performance, the camera drawing in close and making us feel as though we share his intuitive connection to sound. After that, the rest is just shading in more details. As the doc understands the man and his art, music is a process of receiving the world around you and channeling it into something new to convey your thoughts or emotions.

The lack of exposition doesn’t make the movie impenetrable to non-fans of Sakamoto. I was familiar with him primarily from the film soundtracks he’s composed, and at no point did I feel like I was being held at arm’s length. I can’t say that I learned much about him either, but again, that’s not really the point. If you want to know his life story, it’s easy to read some interviews or articles. Coda instead delves into his process, whether that entails a back-and-forth with a film director or sticking a bucket on his head in order to listen to the rain.

Ryuichi Sakamoto: Coda skillfully incorporates Schible’s footage of Sakamoto, historical video of the man, and clips from films he’s scored to build a portrait of his work as continually in conversation with itself, across time and distance. It’s a gentle film, understanding that one’s appreciation of music is helped by contrasting it with lengthy silences. Sakamoto absorbs everything around him in a calm manner, describing even his cancer diagnosis in unflappable terms. This film posits him as a listening post, as a paragon for zen and acceptance, and it in turn models that attitude. Which is a rare but great route for a documentary to take with its subject.