Film Review: Silence Is an Epic of Endurance and Indifference

Martin Scorsese’s new film is a minor masterpiece. A 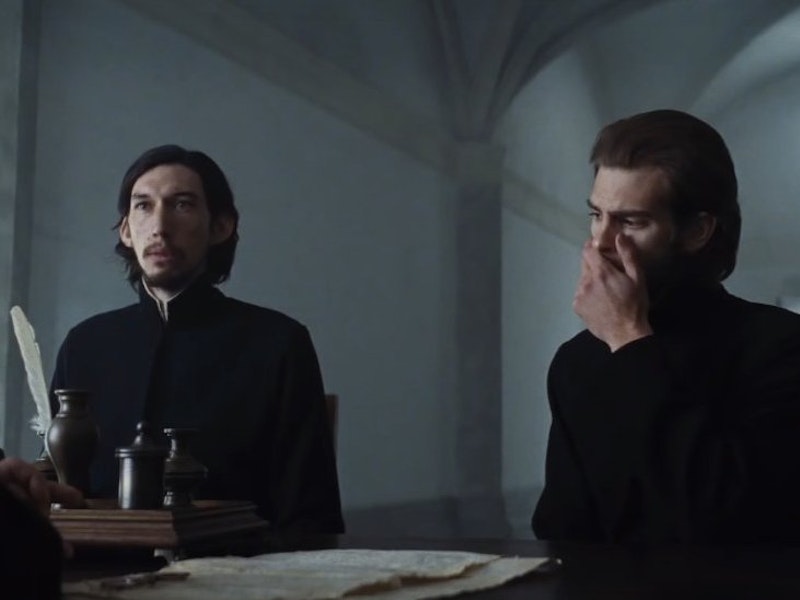 Silence is another movie that’ll pass through movie theaters without notice in a couple of weeks, three tops. Oscar-bait that opened two weeks into January instead of Christmas Day. I saw Martin Scorsese’s last movie The Wolf of Wall Street in a packed theater on Christmas Day 2013, and the experience was like a rock show. Jordan Belfort replaced Gordon Gekko as our most tragic accidental cultural hero; I hope anyone inspired by that movie flops over blue-faced on bad pills they were told “were close” to Quaaludes. But even after Wolf’s huge success, at the tail-end of one of the most acclaimed directing careers in film history, Scorsese couldn’t get Silence made for almost 30 years. He read Shūsaku Endō’s novel Silence in the late-1980s, and has alternately been trying to get it made and putting it off since 1990.

It’s an amazing movie, a minor masterpiece: one of Scorsese’s best. But, like a lot of people, I had a hard time suspending disbelief looking at Adam Driver and Andrew Garfield pretending to be Portuguese missionaries in 17th-century Japan. Every shot of them together looks like a Saturday Night Live parody, absent any laughter at their glaring, silly whiteness. Silence has been in production so long and cycled through so many actors: Benicio Del Toro and John Turturro were at one point attached. So in a way it’s a missed opportunity, a movie borne of love tainted by timing and the casting of two bro-y dudes of the moment. Scorsese isn’t trying to whitewash Japan, he’s just been trying to get this movie made for decades and decided to settle. Casting movies in Hollywood with ethnically appropriate actors is all but impossible, even for someone like Scorsese. Don Cheadle had to resort to crowdfunding his Miles Davis movie Miles Ahead, and ultimately had to write a white protagonist into the script to get it made. It’s tragic but that’s the way things are now.

Driver is a better actor because he has the ability to change his face for a role: here, his cheeks are hollowed out, his facial hair is believable, the accent is passable, and he got really skinny for one brief scene near the halfway point. But he’s not in it much, and Garfield ends up carrying the film despite his limited abilities. I can’t see past the actor in his case—I can’t see past Spider-Man, or other attempts to be more serious and method. But other than the unfortunate casting, Silence is a tone poem of faith and dedication in the most primitive and grim circumstances. The sound design is incredible, and one scene in particular stands out: a Japanese Christian is crucified on the beach, affixed with rope and left out there for four days before he dies. Before he’s washed away, we hear him sing, his voice breaking and quavering and drifting in and out of key, before he’s one with the birds and the earth again. Whether or not you’re a believer is irrelevant, the power of Silence is in its study of the religious impulse that drove our species forward for millennia before the Industrial and Technological Revolutions. Watching a dozen Japanese Christians packed tightly together in a hut conducting mass and praying and seeing their faces filled with the awe, relief, and joy that we might associate with music, love, drugs, or going to the movies. The religious impulse still exists in us like a vestigial organ, but it needs to be filled, and these days we get to pick our vices and our gods.