Film Review: Silence Is a Flop

Martin Scorsese's passion project is one of the most disappointing films of 2016. C- 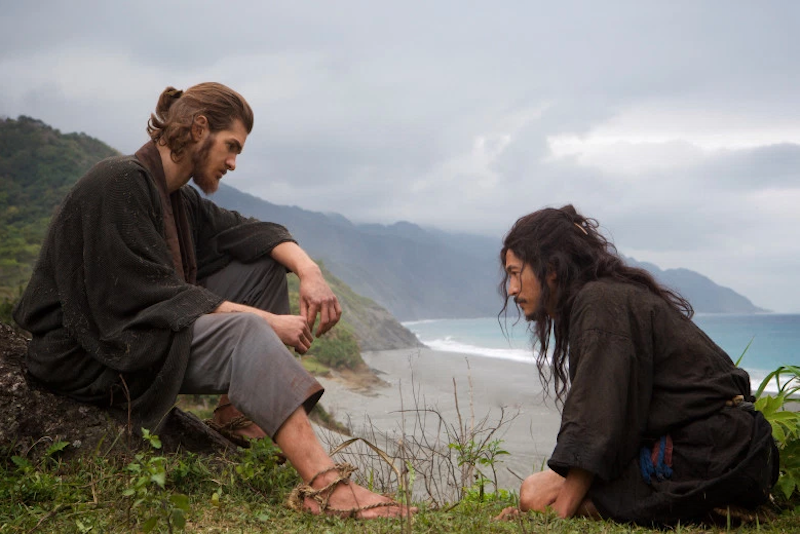 Martin Scorsese's Silence is not a failure on the level of Heaven's Gate or After Earth, but it's one of the biggest disappointments in a year rife with disappointing films. The troubles start early: the movie opens with a voiceover by Liam Neeson's character—the allegedly apostatized Father Cristóvão Ferreira—filling the audience in on admittedly necessary exposition: Ferreira details the torture he and his colleagues have been subjected to after futilely trying to spread Christianity through 17th-century Japan; this segues into the revelation that Ferreira has allegedly apotheosized and become assimilated into Japanese culture. Two devoted students of his—Fathers Sebastião Rodrigues (Andrew Garfield) and Francisco Garupe (Adam Driver)—refuse to believe the rumor, and request immediate assignment to Japan. The problem is that Neeson, who's playing a Portuguese priest, makes no attempt at an accent, instead trotting out the same Neeson Voice that he uses for every role, making it sound like the pissed-off dad from Taken has wandered onto the wrong set.

This highlights Silence's fatal flaw, and begs the question: why are an Irishman, an Englishman, and an American playing three Portuguese priests? And why are they all speaking English?

Voiceover duties quickly switch to Rodrigues, who narrates the movie like he's David Attenborough in Planet Earth. At first, these voiceovers—annoying as they are—are justified by the conceit that Rodriguez is reading from the letters he composes to his superior in Portugal, Father Alessandro Valignano (Ciarán Hinds). He stops writing these letters an hour into the film, yet the voiceovers continue, exposing the expository device for what it is: an easy way to add momentum in an otherwise motionless film.

This motionlessness—Silence's repetitious, static nature—represents a design flaw that ultimately topples the picture: the same concept that makes it fascinating on an intellectual level—the fact that its execution mirrors its content, in that the plot remains hopelessly flat throughout its brutal 161 minute running time—also makes it crushingly boring. As the Japanese authorities chip away at Rodrigues' faith, Scorsese chips away at my patience. The same scene—inquisitors demanding hidden Christians denounce Jesus—plays out again and again.

The pace finally picks up by the two-hour mark, but any narrative progress is upended with the jarring POV shift of a previously un-introduced Dutch trader (Béla Baptiste) assuming voiceover duties for the film's near 20 minute denouement, a sort of deus ex machina used to summarize 40 years of history. Like most of the film, it's painfully expository.

Silence is gorgeous, both aurally and visually, but every other aspect of the movie is a mess: the pacing, the casting, even the CGI is terrible—I've seen more realistic beheadings in Mortal Kombat 4. There's a reason it took Scorsese 26 years to make this film.