Batman and the Queen

I never thought they'd have anything in common. 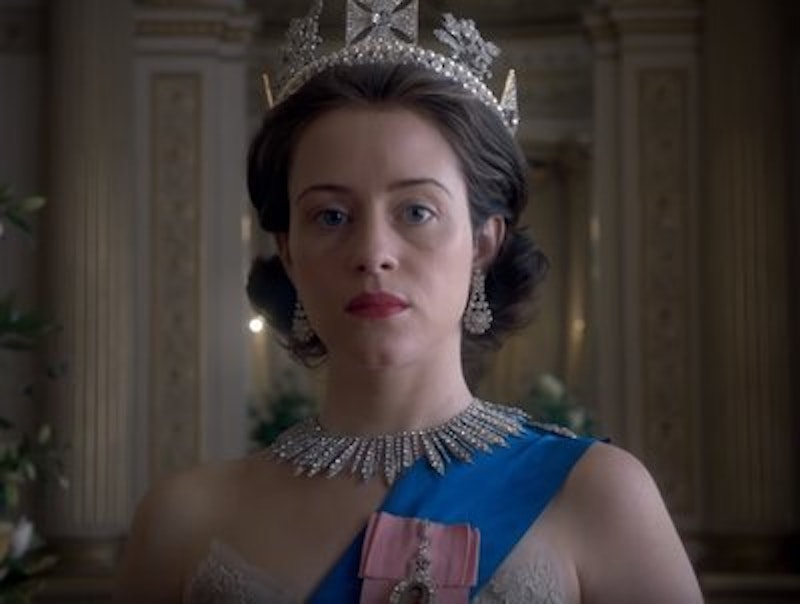 Over the holidays, while my daughter was home for winter break from Virginia Tech, we spent some time watching the much-hyped show The Crown, about Britain’s Queen Elizabeth II. I’d heard from my parents and others it was a must-see, although I couldn’t imagine being interested in the goings-on at Buckingham Palace.

With the cold weather and the flu she brought home from Virginia, a binge-watch was in order and we decided to start S1E1 of The Crown. We were hooked, and invited her younger sister to the monarch party. Claire Foy is flawless as her majesty and well deserving of her recent Best Actress Golden Globe win.

But I ran into a family television-viewing problem. Until the Hokie’s return from the south, her 11-year-old brother and I, on nights he didn’t have baseball or basketball practice and after homework, were engaged in the beginning of season 2 of Gotham, which is the story of the young Batman, starting the day his parents get killed. It focuses mainly on the life of Detective Jim Gordon, but its cast of characters includes the backstories of popular DC Comics characters like the Penguin, The Riddler, and Catwoman, who in Gotham is the teen girlfriend of the teen Bruce Wayne. My son continues to be annoyed with each episode that Wayne won’t “hurry up and fall into a cave so he can become Batman,” his ongoing review of the show, even as we near the end of season 2.

So on many cold winter nights in the last month or so I’ve spent after dinner in a battle between the crown and the mask. Who did I watch the last episode with? Can someone finish homework for 45 minutes while I watch the other episode then I’ll watch the other? Bobby won’t watch The Crown. The girls won’t watch Gotham. So there’s no real shared TV family viewing going on there, save my husband, who’ll happily watch whatever with whoever and not really give a crap whether he’s missed any of either.

The shows have a surprising number of common themes. The clichéd right versus wrong, and then the more accidental, power and tyranny versus humanity and the everyman. They also have in common the struggle with the acceptance of being the hero/heroine. Bruce Wayne has to deal with accepting his life as an entitled billionaire orphan even if it’s taking him an annoying number of episodes to do something noteworthy, like drop to the bottom of a cavern and actually become a superhero. Young Princess Elizabeth has to deal with accepting her life as an entitled billionaire royal who becomes queen at a young age and has to defend an extremely outdated system of government. This forces her to choose duty over love time and time again, turning her heart icier and icier, reminiscent of the Dr. Fries episodes in Gotham.

I like both shows. We finished The Crown because it only had one season and 10 episodes. Gotham has three seasons and 66 episodes total, so once we finish season 2, we’ll catch up with the show’s third season running in real time, like regular TV watchers, I guess. Bundled up on the couch with kids (even in separate factions) with blankets and popcorn, I can’t say either one of these shows has been a bad way to spend family winter nights.