Film Review: Paddington 2 Will Cleave You in Two

The Peruvian bear who loves marmalade is a Christ-like figure who embodies the universal language of love. A+ 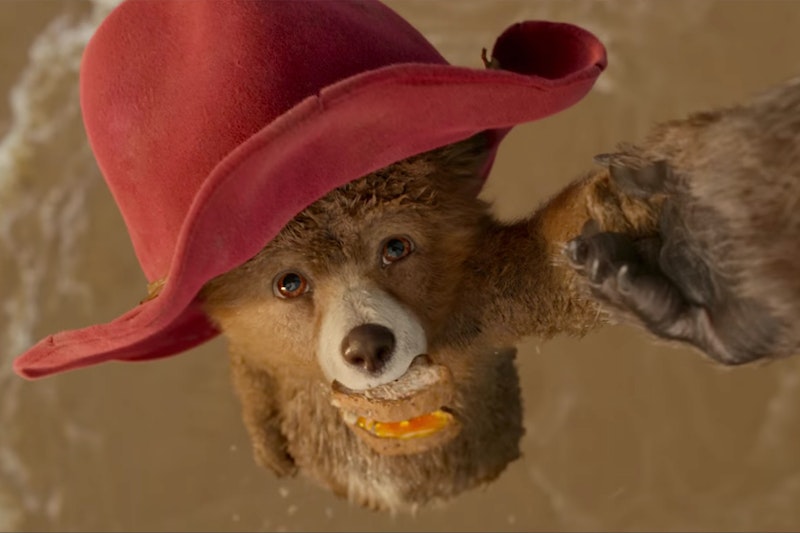 I’m white-knuckling writing this review of Paddington 2 because I don’t want to start crying again. I missed the first one and was only peripherally aware of the character as a kid, but after Harvey Weinstein’s downfall and the dissolution of his company last October, the North American distribution of Paddington 2 was put into jeopardy. This really upset my brother Booker, who claims Paddington is one of the only movies that completely disrupts him emotionally. “Total emotional whiplash” is how he described the first film, and I can’t bear to summarize Paddington’s origin story and how devastatingly sad it is. After some ribbing about Paddington 2 possibly being shelved because of Weinstein’s professional demise, I realized how serious Booker was about his affection and attachment to the character and quickly cottoned myself to the story. I still can’t bring myself to watch the first one, where baby Paddington is shipped off to a London doorstep by his adopted Peruvian aunt who’s unable to provide for him anymore. A sign hangs around young Paddington’s neck reading simply: “Please look after this bear.” I need to take a break now.

After an emotionally exhausting few days, seeing Paddington 2 with my family on Monday felt like therapy, a welcome and necessary catharsis. I sobbed intermittently, overwhelmed by the Christ-like kindness of Paddington and the happiness and joy he brings to most of those around him: happily adopted by a generous London family, he lifts the whole neighborhood up and encourages everyone to be their best selves, try harder, look on the bright side, all through sheer force of personal warmth. Proximity to Paddington is a blessing, and when we must endure the necessary struggle of a conventional narrative film (this time, Paddington is sent to prison for 10 years for a burglary he didn’t commit), we see how worse off everyone becomes and only bad fur days abound. Paddington is a Bodhisattva bringing light and love to those around him all while living in a world that’s bent on destroying him and sucking the life out of anyone with any kind of energy.

Paddington is always getting himself into predicaments, and has recurring streaks of extremely bad luck. Whether it’s accidentally mangling the haircut of the judge that will soon preside over his trial, or mixing reds with whites during laundry duty in the prison and turning everyone’s uniforms pink, or chasing after a burglar only to be mistaken by the police for the thief himself, Paddington is defined by burden and strife. The fact that he maintains his radiant good nature despite the Sisyphean struggles of his life reinforces the Christ comparison, and while his spirit is continually tested, he never breaks, never turns into an Eeyore.

Even when miscommunication leads to his adopted family missing visiting hours at the prison, and Paddington believes they’ve already forgotten him, his spirit is still forged in diamond, never dust. Because this is a kid’s movie we’re assured that everything will work out in the end and Paddington will return to his adopted family safe, sound, full of good cheer and loaded with marmalade sandwiches for every occasion. Still, I couldn’t help myself from crying through most of Paddington 2, and didn’t stop myself, because for whatever reason, in Paddington I see an embodiment of pure love and naïveté sent to act as a Bodhisattva in our world, not some fantasy land or imagined future or past. Paddington operates at the edge of consciousness and reality, absorbing all of our suffering and refracting it back out into an overwhelming benevolence that just cleaves me in two. Paddington 2 is as elemental and powerful as anything Homer, Cervantes or Shakespeare wrote. Pick your religious text—they all speak of the same universal language of love that this Peruvian bear who loves marmalade and family brings to everyone around him, and to millions of viewers and readers all over the world.