It takes all the wrong risks. B- 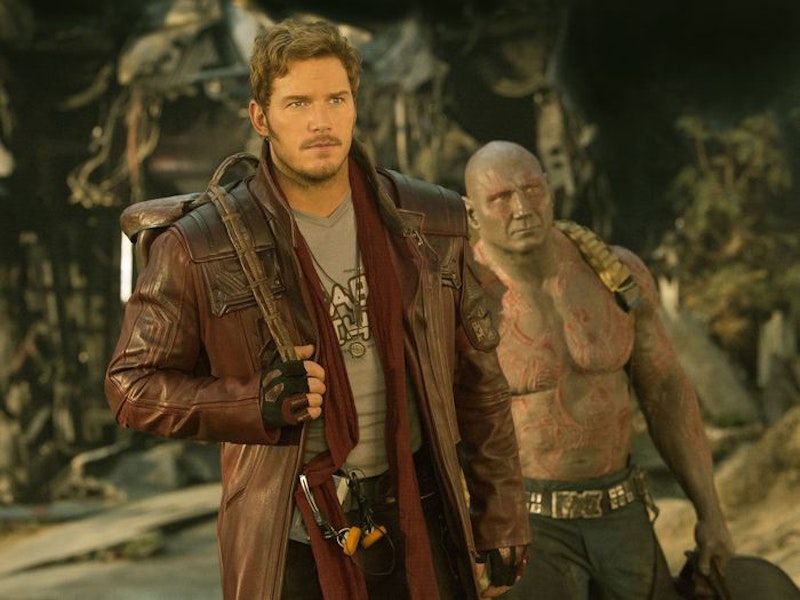 In its first act, Guardians of the Galaxy Vol. 2 almost lives up to the example of its predecessor, with the same wonderful mix of action, humor, character work, and 1970s music nostalgia that made the first film such a success.

The second act takes the story in a new direction, one reminiscent of The Empire Strikes Back, and it’s very different but equally strong. The third act, though, is the usual superhero mess, yet another indeterminable CGI nightmare in which there’s the entire cast is fighting atop a collapsing structure for 40 minutes and there’s little sense of continuity or stakes.

It's not all bad, and even that terrible third act has a handful of very good moments—everything with Groot, for example. But no Marvel movie to date has gone this far south this fast.

The first Guardians of the Galaxy, released in 2014, was a huge hit and almost a complete success. Working with a group of characters unknown to all but the staunchest comic book obsessives, the first Guardians did a lot right. It made a movie star out of erstwhile sitcom goof Chris Pratt, used Zoe Saldana the best of any blockbuster to date, and even established a pair of wondrous CGI characters, Rocky Raccoon and Groot, both of them voiced by huge movie stars (Bradley Cooper and Vin Diesel) sounding nothing like themselves.

The first Guardians, directed by James Gunn, was fun. It got the essential notion that people go to these movies to have a good time. Gunn returns for the new movie and while the music is again top-notch and there’s lots of great Rocky and Groot stuff, the film ultimately gets bogged down in a major way.

The first movie left open the question as to the identity of the father of hero Peter Quill (Pratt), and the new movie answers it—it’s Kurt Russell, introduced in the opening scene de-aged in the film’s most impressive CGI feat by far. Russell's character is a literal god who, in a Luke Skywalker/Darth Vader rehash, wants himself and Peter to rule the galaxy as father and son. Russell is very good, continuing a serious career resurgence in his mid-60s.

Their bonding, and later clashes, throughout the middle third of the film is compelling. But then there’s a not-hard-to-guess twist, and just about everything from that moment forward is mediocre schlock. It doesn't help that the film's alien mythology is a bunch of gobbledygook; God help you if you saw the first movie once and don't remember anything about it. There's a group of aliens who are painted gold—they look like giant Oscars—and they have a fun gimmick involving battle consoles that look like video games, but their plot never goes anywhere.

The film is highly invested in giving a redemption arc to Michael Rooker’s blue alien character, who’s not only deathly dull but has been established as, essentially, a child trafficker—one who speaks with Rooker's unmistakable Alabama drawl despite coming from outer space. There’s also some business with a monotone Sly Stallone that I fear is going to end up as a whole other movie.

Dave Bautista’s Drax remains the weak link—never particularly funny to begin with, this movie has him constantly “negging” an associate of Russell’s (Pom Klementieff), something the script thinks is much funnier than it actually is. Sure, his laugh is contagious. But when it comes to heavily-muscled pro wrestlers-turned-actors, he's far from charismatic.

There's just so much bloat. And just when you think you’re done, there’s not one credits sequence, not two, but five. They’re short and a couple of them are funny, but five is way too many.

Why must these superhero movies continue to run into the same problems again and again? Guardians does manage to avoid that common pitfall of setting aside much of its running time to setting up the next sequel, but nevertheless feels the need for a climax that’s just like that of six other films of the genre.

I understand the idea of wanting to take risks and not come up with a sequel exactly like the first movie. But the second Guardians takes all the wrong risks.