Bad for Hollywood can be good for niche films. 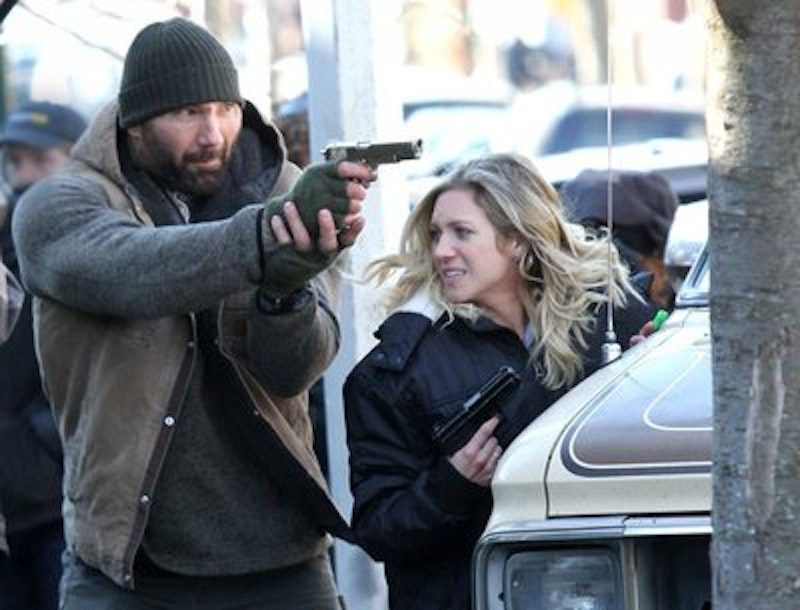 It was a notoriously weak box office summer for Hollywood, not long after George Lucas and Steven Spielberg, perhaps eyeing weird rising YouTube stars, predicted the impending death of blockbusters. On the bright side, while big-budget tentpole films were failing, there were numerous little oddball movies—some making only a paltry few million dollars—which still made for an interesting year, as long as you were willing to hunt for the oddities.

One of the best ways to enjoy yourself was to be in a city big enough to get all the little weird films, such as New York, while being someone who enjoys niche films often set in smaller, more obscure regions (apologies to everyone in the hinterlands—I’m basically on your side). I saw and at least to some degree enjoyed all the films mentioned below, and not so many other people did.

The movie Bushwick sort of captured the urban/rural tension this summer. Right after the ill-fated racist rally in Charlottesville and during the big hurricane in Texas, this film depicted secessionist Texans invading the Bushwick neighborhood of Brooklyn, with fragile-seeming Brittany Snow and Guardians of the Galaxy’s mighty-seeming Dave Bautista fighting to escape. Perfect timing. Real stars. But only $68,000 at the box office (I’ll trust Wikipedia’s figures throughout here). I saw it, so the filmmakers should almost regard me as a “backer,” given the tiny haul. I’ve no regrets.

Ridiculous as that film’s lefty premise was, it may be more realistic than next year’s Purge prequel, which will depict an experimental early version of the Purge (a violent, government-sanctioned night when all crime is legal) taking place on a lawless Staten Island where people are paid to remain for the duration of the chaos.

But Bushwick is still a New York-centered film, I admit, whereas this weak-yet-interesting year also gave us things like Doug Liman’s Central American and Southern-set American Made, about CIA drug smuggling in the 1980s. Liman’s dad was the investigating counsel for the Iran-Contra hearings, so you can understand Liman being very skeptical about covert operations. With Tom Cruise in it, the film did better than most of the indie-feeling things I saw, but it still only made $120 million, dinky by Cruise standards and only about twice the film’s budget.

I’m only reluctantly drawn to conspiracy theories, so I will assume it’s sheer coincidence that two people died on the set of the film on Sept. 11 in 2015, delaying the film’s release.

A very San Francisco-oriented documentary about punk music graced theaters in the form of Turn It Around, which depicted numerous bands and record industry execs such as Lawrence Livermore back in the days when they all longed for community and feared Reagan would nuke the world, and which I happened to see just after reaching the page about East Bay punks protesting the Lawrence Livermore nuclear research facility in the book on Direct Action protests I was reading. This film has made only $70,000 and doesn’t even have a Wikipedia page.

Another charming fringe-meets-big-city film out this past summer was Brigsby Bear, which rather sweetly combined indie sensibilities with a very Hollywood plot (and fey hipster aesthetics with nerd sci-fi aesthetics). It depicts a young man raised in a fallout shelter realizing that no one but him has ever seen the TV series his parents were making to keep him entertained in the shelter all these years, a show he still loves despite the massive deception involved. Despite the humor, a SNL veteran in the lead, and aiming for our hyper-mediated modern hearts, it made only half a million.

Valerian is in a different league, niche only in the sense that it adapted a very French sci-fi comic instead of the usual American fare. That would be a noble thing to do had it not involved an American-sized $200 million budget and been too visually frenetic and emotionally shallow to inspire l’amour, barely earning back its production budget, which is a disaster by movie financial standards.

The math on Wind River, a drama about crime on the Native American reservation by that name in Wyoming, is better: about $40 million on a mere $11 million budget, with a fine performance by Jeremy Renner but with FBI agent Elizabeth Olsen seeming about as fragile and out of place as, well, Brittany Snow in war-torn Bushwick. It’s odd that Olsen seemed more convincing as a witch with probability-altering powers in the Avengers movies.

If box office that quadruples your budget is a sign of success, the Turkish documentary about cats called Kedi also did well at $4 million vs. $1 million. It can’t have been easy following all those cats through back alleys, though in a port city you can predict they’ll seek fish eventually.

Speaking of animals, I did not much enjoy the short theatrical release of the first two hours of Marvel’s new TV series Inhumans, but like many who’ve seen the show (including we few who saw it in theaters, pulling in about $3 million) I do like the teleporting giant bulldog character Lockjaw, who lives on the moon. Lockjaw is a good boy and deserves to be in a good show. Maybe he can be spun off or can cameo in something better. Marvel CEO Isaac Perlmutter, by contrast, is a bad boy and should probably leave the theatrical releases to Marvel Studios head Kevin Feige, who plainly knows what he’s doing.

There’s such a thin line sometimes between the gleaming lunar regolith and the obscurity of the dark side, and I can’t help liking the things that sit close to that weird division.