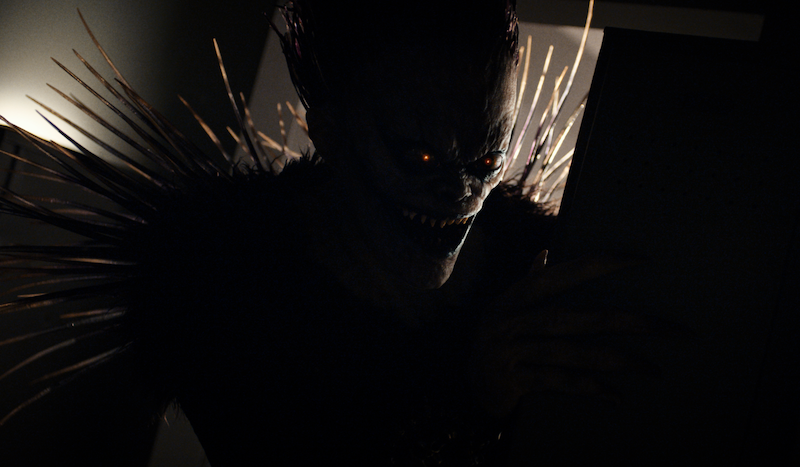 Netflix's film adaptation of Death Note, much like the recently released Ghost in the Shell live action remake, demonstrates the ongoing difficulty of translating anime for American audiences. As an adaptation, it fails to capture the intrigue that forms the basis of the original. Instead, Death Note plays like a mashup of generic tropes borrowing from Final Destination more than anything else.

Characters are flattened, partially due to the need to be more economic with time than a manga or anime. Light Yagami becomes Light Turner, and is given a more “normal” life. The writing never attempts to do anything that elevates it above mediocrity. It is easily consumed but soulless, quickly forgotten after the credits roll. Instead, the majority of runtime is spent on the relationship with Mia Sutton and the over-the-top gore that ends up being comical instead of shocking.

Admittedly, the visuals are appealing, with a use of color that helps evoke mood and atmosphere. Willem DaFoe as Ryuk and Keith Stanfield as L give solid performances. Even the texture of the Death Note itself feels like an otherworldly relic as opposed to a regular notebook. But on a structural level, Death Note doesn't feel particularly competent as an adaptation nor as a standalone movie. Broadening audience appeal is perfectly logical and not a bad goal, but that hinges on producing something that a broader audience can enjoy.

One plot element that the anime explored, though perhaps not as in depth as I would have liked, was how society grew to accept Light's dictatorial actions. Eventually, the world acquiesces, allowing him to kill for years. In a modern world where hard right ideology has found a home online, this would have been a great opportunity to explore how quickly subcultures form around dangerous beliefs. However, what we got instead is a film that doesn't seem to understand what makes Death Note enjoyable, nor does it effectively communicate this to a broader audience.