Film Review: 20th Century Women Shoots for the Moon, Lands on the Sun 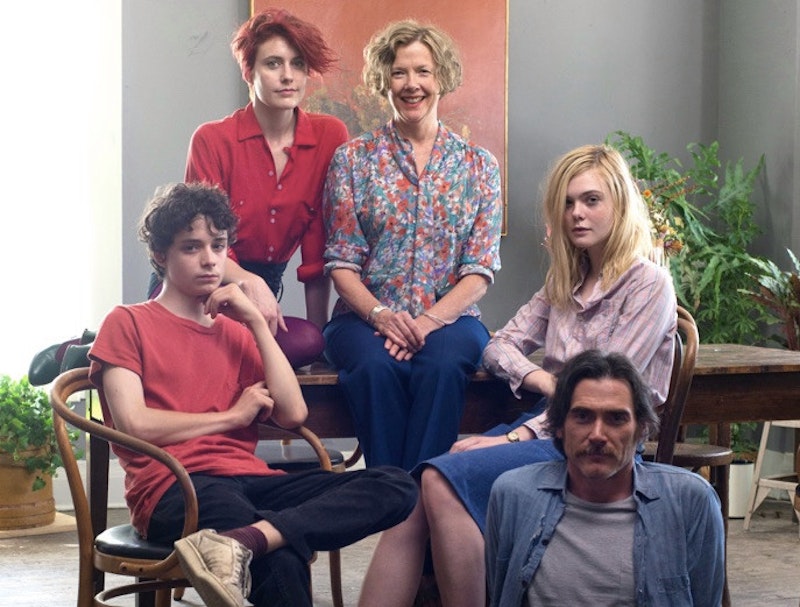 20th Century Women is disappointing because it has so much potential, and occasional flashes of brilliance. Ultimately, it’s a boring failure that amounts to nothing, a collection of tired tropes and suffocating pretensions that would make Terrence Malick blush. The film industry’s “epiphany-core” movement started with Malick’s own The Tree of Life in 2011, a movie so inane, empty, and self-assured that it thought it could get away with Sean Penn wandering around aimlessly on a beach at dusk in a dirty suit and somehow conjure a Zen-like state in the audience, and I have to admit, it worked. I saw The Tree of Life with some close friends and I can’t tell you the depression I felt after we left, my screed complete, and they turned to me and said, “I feel like I watched my life flash past my eyes—an absolute masterpiece, cosmic beauty…” Gun, meet mouth. Malick’s film, like all epiphany-core, presents the facts of life, intoned robotically, as if mere characteristics could ever conjure a character one should care about.

Mike Mills makes the same mistake here, presenting one-dimensional archetypes instead of the real people he claims to pay homage to. Some autobiography. 20th Century Women is slotted with scarecrows: the neurotic teenage boy who’s obviously a stand-in for the director (Lucas Jade Zumann); the slightly older girl that the director always wanted to fuck but got emotionally toyed with instead (Elle Fanning); the boy’s eccentric and often embarrassing free spirit of a mother (Annette Bening); and the new wave art girl who lived on the Lower East Side in the mid-1970s and moved back home, whose sole purpose is to give us reason to believe any of these people would be listening to Suicide and The Talking Heads or wearing Lou Reed and Devo t-shirts (that would be Greta Gerwig).

Do we really need another poignant scene of parents freaking out over Black Flag? Pick your generation and band of choice—20th Century Women is pure nostalgia porn, an exercise that should’ve been carried out in private, for much less money. The dialogue is ham-fisted and stilted, characters reduced to their characteristics and dead mouthpieces for a middle-aged white guy to wax nostalgic. The similarities with Collateral Beauty are impossible to ignore, down to design of advertising materials. White background with cut-outs of faces, places, and things: pills, shoes, trees, lens flare on everything. I’m shocked that Kurt Loder loved this movie, and his take is completely different than mine: “The picture might be dismissed as a ‘feminist' movie (Dorothea recruits Abbie to help raise Jamie to be a 'good man,' and soon she has him reading Our Bodies, Ourselves). But the film has no agenda, and there's nothing preachy about it. Mills simply makes observations from the perspective of the under-consulted other half of the human race. When Julie finishes having sex with a guy who promised to pull out but then didn't, and we hear her saying, in the tiniest of whispers, ‘I thought we had a deal there’—well, whose heart wouldn't implode?” Oh, please! This kind of stuff is better left in the bedroom.