Mike Mills’ new film succeeds despite its precious aesthetic. A- 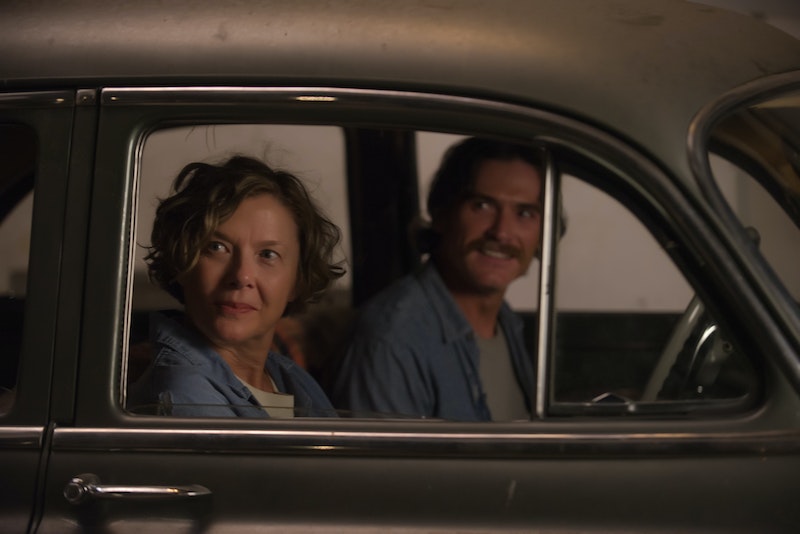 Some critics may deride Mike Mills' 20th Century Women as further fodder for the Urban Outfitters sect, food for flannelled teens in search of epiphany, too lazy to read John Updike or Flannery O'Connor, yearningly consuming the past in clichéd bursts of supersaturated nostalgia. This is a valid complaint. The film's Instagram filter poster will probably hover, Scotch-taped, over a few nascent record collections—In the Aeroplane Over the Sea, Ultraviolence, and xx?—and a turquoise Crosley turntable. A few prep school girls will cut their hair like a Berlin Bowie and dye it red; a few sensitive, Car-Seat-Headrest-type of beta boys will pick up a copy of Our Bodies, Ourselves and start apologizing for the patriarchy to every woman they meet. But 20th Century Women is more than the easy epiphany of Garden State, Love Actually, or (500) Days of Summer, though it might sit on the same shelf.

Mills' film can be just as precious, if more artful, as anything Zach Braff has written: cloying voiceovers—"I told you you'd fall in love, have passions, have meaning, but now it's 1979 and nothing means anything"—narrate over stills of animals, cities, and the stars, man. He overreaches with his documentary-style approach and inserts unnecessary, on-the-nose clips into the body of the film, most egregiously with a scene from Koyaanisqatsi. Music is central to the plot of 20th Century Women—Greta Gerwig's character, Abbie, is a veteran of the New York punk scene—but the wealth of references makes it seem like Mills primarily wants to impress the viewer with his taste in rock.

20th Century Women succeeds in spite of these flaws because of the three-dimensional characters, who are introduced as well-worn archetypes but reveal their complexities as the film progresses. Abbie isn't much more than a cliché at first, an overly energetic 24-year-old photographer who bestows music on her landlord's teenage son, Jamie (Lucas Jade Zumann), with a this-album-changed-my-life fervor, but her devastated response after learning that complications with cervical cancer might prevent her from having children casts her in a less trope-y perspective. Julie (Elle Fanning) is the prototypical Manic Pixie Dream Girl before deriding Jamie—and thus the audience—for viewing her like that: she's not a doll meant to be romanticized by the male gaze, and she says as much.

Annette Bening commands the movie, though. Her character, Dorothea, tries to balance a genuine reverence for her son with the natural anxieties of parenthood. She’s initially presented as a Birkenstock bohemian who lets her kid disregard the rules to better develop his self-identity—"Please, excuse Jamie's tardiness; he was volunteering with the Sandinistas"—but she questions her philosophy once Jamie starts running into trouble, revealing that her smarter-than-thou parental liberalism was just a defense mechanism all along. Her messy, human contradictions are most apparent at a diverse dinner party, highlighting the commune-like aspects of her house, where she tries to silence Abbie's talks of menstruation with a Victorian bashfulness.

20th Century Women has been advertised as a coming-of-age film about a 15-year-old boy during the end of the Carter-era. That's only partly accurate. It is a coming-of-age film, but the protagonist is 55-year-old Dorothea. Abbie spells out Mills' overarching thesis in the middle of the movie: your life will play out differently than you imagined it. He underscores this statement with the volatile political climate and the subsequent unexpected developments that shaped the end of the 20th century: HIV, the Reagan administration, the Internet. While this sentiment isn't unique, Mills' nuanced and refreshingly optimistic viewpoint offers a respite from the youth-oriented activity of self-examination. Epiphany—and life, really—isn't reserved for the young.